A six-minute spell in the game produced three goals as Emmanuel Lucky and Opeoluwa Olufemi both scored for Shooting Stars in the 20th and 25th minute respectively. However, Chijioke Akuneto scored his 17th goal of the season to pull one back for Rivers United.

Moses Omoduemuke gave Shooting a two-goal advantage before Akuneto scored again to close the game at 3-2 with his 18th of the season, which has put him in a good stead for the top scorers award with a game left of the season. 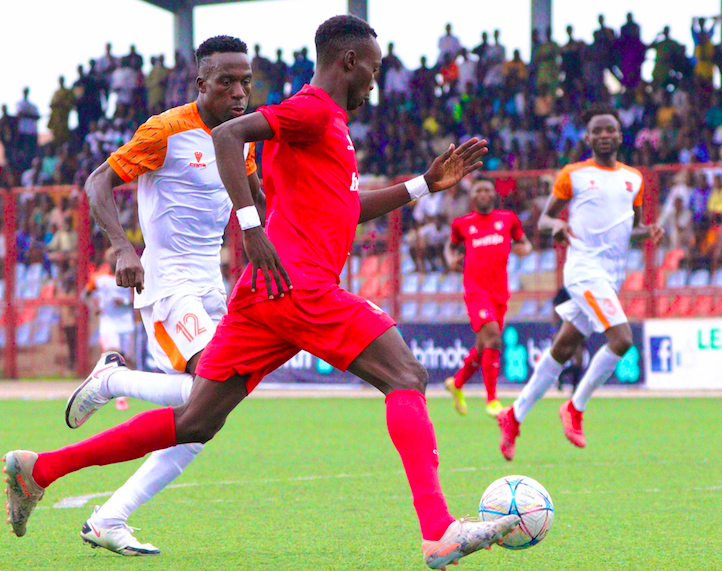 Remo Stars set themselves in pole position for third place finish and a continental slot by defeating Sunshine Stars 1-0 in Akure.

Dayo Ojo’s rasping effort in the 58th minute was all Remo needed to get the points despite Sunshine Stars late offensive. 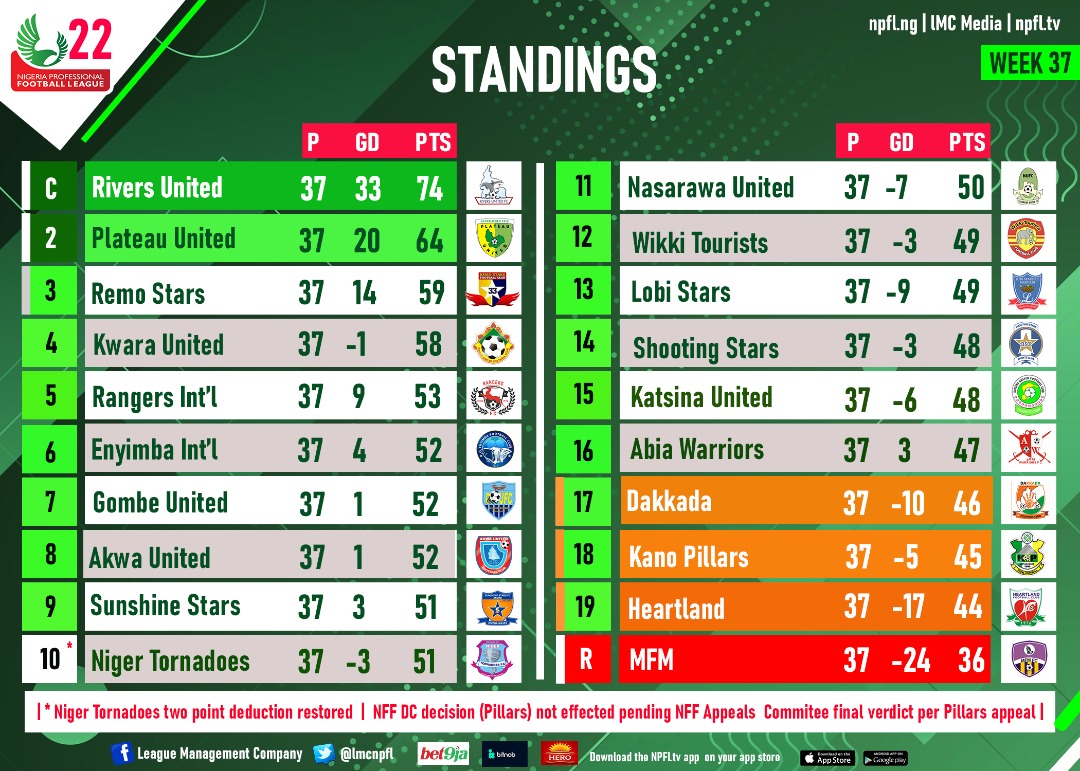