Kano Pillars continued its poor form in the 2021/2022 Nigeria Professional Football League (NPFL) season as they dropped to the relegation zone after a 2-3 loss to Abia Warriors in match day 34, at the Okigwe Township Stadium.

Both teams were on 39 points before Saturday’s game. However, hosts Abia Warriors edged the highly entertaining five-goal thriller to push themselves clear from their visitors.

The hosts went back in front just before halftime when winger Emmanuel Onu scored after Pillars failed to properly clear danger. Imama Amapakabo’s men then extended their lead in the 70th minute through striker Godwin Obaje to make the scores 3-1.

Pillars got their second goal courtesy of Auwalu Ali Malam’s brilliant half volley. However, the match finished 3-2 in favour of Abia Warriors, sending Kano Pillars into the relegation zone. Pillars coach Ahmed Garba ‘Yaro Yaro’ said that it was not a game his side should have lost and believes his team will bounce back.

“We honestly didn’t have to lose this game today because we played better, we created chances more than them but we conceded two goals carelessly from the boys,” Yaro Yaro said.

“But if we continue with this performance, I believe we will not lose any game again till the end of the season.”

Kano Pillars will return home to Kano for two home games against Dakkada (in midweek) and Rangers International next weekend, while Abia Warriors will travel to face Shooting Stars in Ibadan next week. 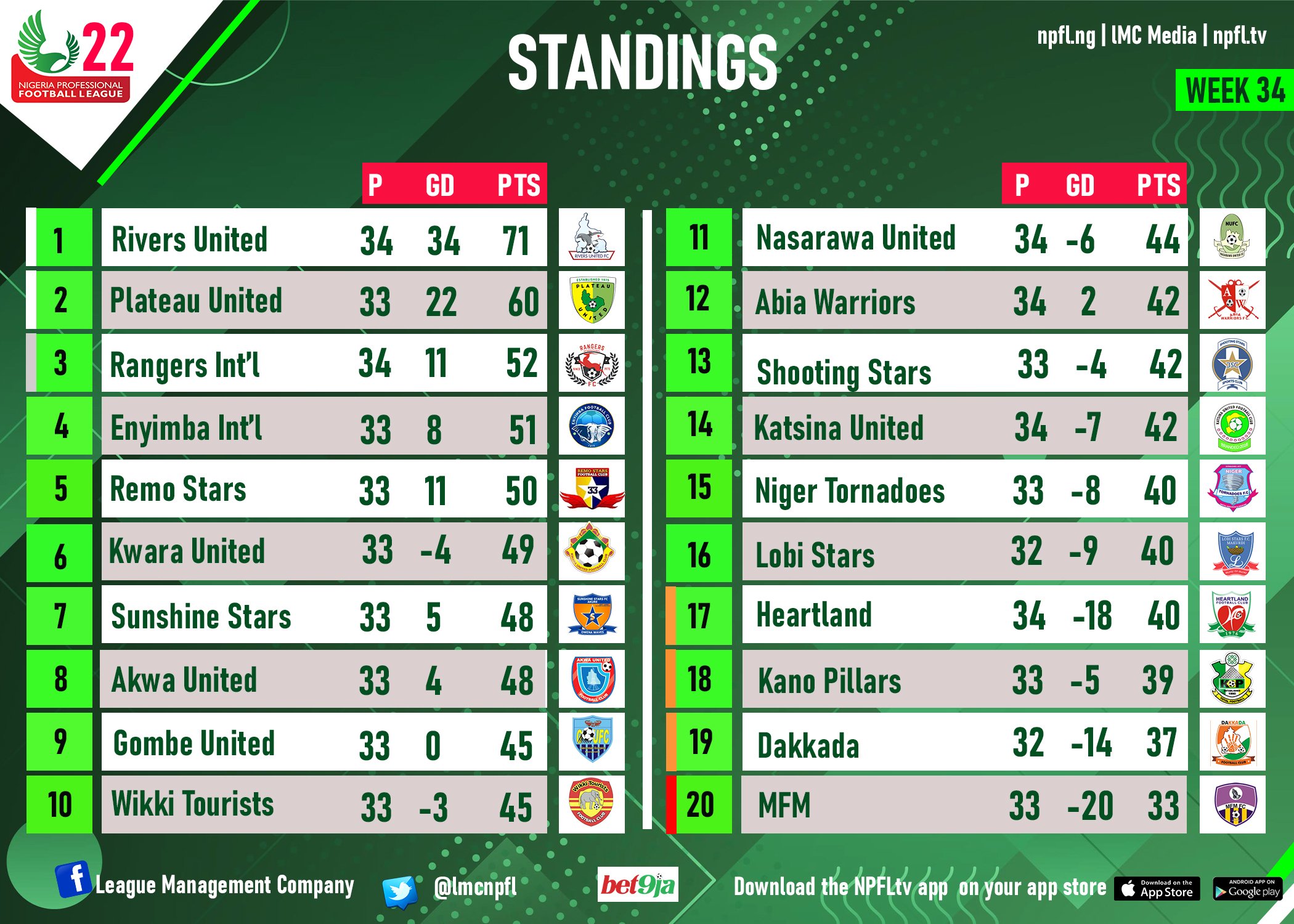