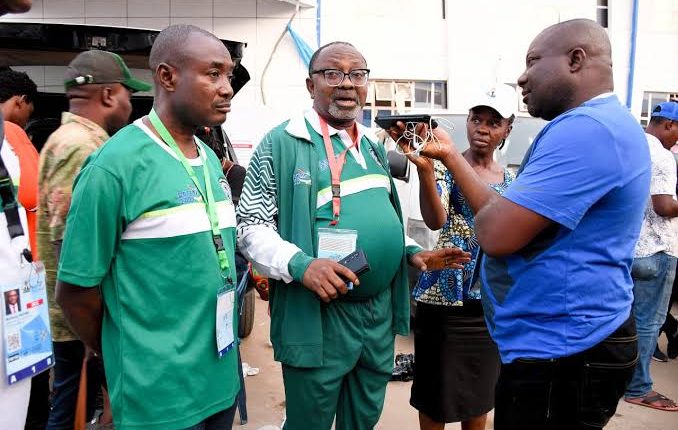 The Nigerian Government has assured that it will groom the best of the outstanding athletes discovered from the ongoing National Sports Festival with a view to developing their sporting skills for global competitions.

The Permanent Secretary, Federal Ministry of Youth and Sports Development, Alhaji Ismaila Abubakar gave the assurance on thursday while responding to questions from journalists shortly after watching some Athletics Competitions at the Stephen Keshi Stadium, Asaba, the Delta State Capital.

Alhaji Abubakar stated that the Ministry has assigned some of its key officials in the various sporting event venues with the responsibility of identifying the best among the athletes while the competitions are going on, to be groomed to win laurels for the country at International Competitions

This he said, will not only help in bringing out the sporting potentials of the athletes but will also provide for the realization of the objectives of the sports festival.

When asked on his general assessment of Delta State Government’s level of preparation for the hosting of the Festival, the Permanent Secretary said that the State Government deserves our commendation, especially with the provision of necessary infrastructure put in place and the creation of an enabling environment for the athletes to compete favourably at the shortest possible time.

“Under normal circumstances, the hosting State is given two years to prepare but this time around; with just one year that was given to Delta State, you can see that they have been able to live up to our expectations” Abubakar said.

He therefore called on the athletes to make good use of the opportunities provided for them to exhibit their sporting skills for podium performances so that they can be identified and groomed to represent the country at the Commonwealth Games, Olympics as well as other International sporting competitions.