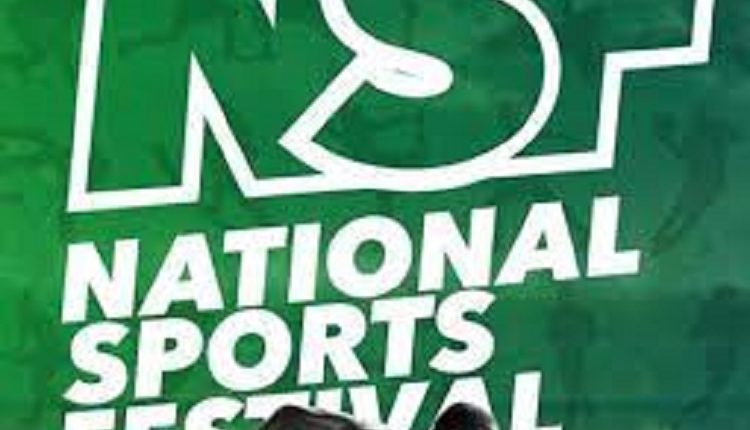 As the 21st edition of the National Sports Festival tagged “Delta 2022” draws closer, six States of the Federation have so far indicated interest to be given the hosting right of the next edition which is expected to hold in 2024.

The Minister of Youth and Sports Development, Mr. Sunday Dare disclosed this on Tuesday at the Stephen Keshi Stadium Asaba, the Delta State Capital, shortly after watching the Gymnastics event between Team FCT, Delta and Ondo at the ongoing sports festival.

Dare, responding to interview questions from journalists said that he does not know presently which State is going to be the next host until the committee which is headed by the Director of the National Sports Festival & Para Sports Department of his Ministry and Secretary, Main Organising Committee (MOC), Mr. Peter Nelson submits their report on the hosting right.

He stated further that the report which will reveal the next host is likely to be submitted on Friday, December 9, 2022; which is the eve of the closing ceremony for this Festival.

Dare who informed me that there is a process to be followed before picking any hosting State, explained that “by that day my Director, Peter Nelson will present to me the State that will host. But until then, I won’t be able to disclose it to you. The Committee is working on evaluation and scoring before any decision can be taken on the hosting right”, he said.

The Minister assured that the process will ensure that States that will come second and third respectively will get prepared to avoid what happened in the past which saw Cross River State unable to host the event for more than six years.

“When we held Edo 2020, Edo set a standard. It is a change of baton. Now that we are holding Delta 2022, they knew they had to either give the same standard as Edo or do better.

So we signposted that any State that will host must be ready. After Edo State, we set up a Committee to review the MOU. So before any State engages, there are clear terms and processes and once you sign it, you must abide by them. That is very important. But this time around, we will announce the winner-State and then keep the runners-up close to our chest”, the Minister stressed.

“We knew then that if Delta would not make it, Abuja was ready. At this point, there are six States that are pushing and the interest is increasing.

There is a timeline. We know when a State is not ready and if that happens, we will just switch over to the runner-up,” he added.