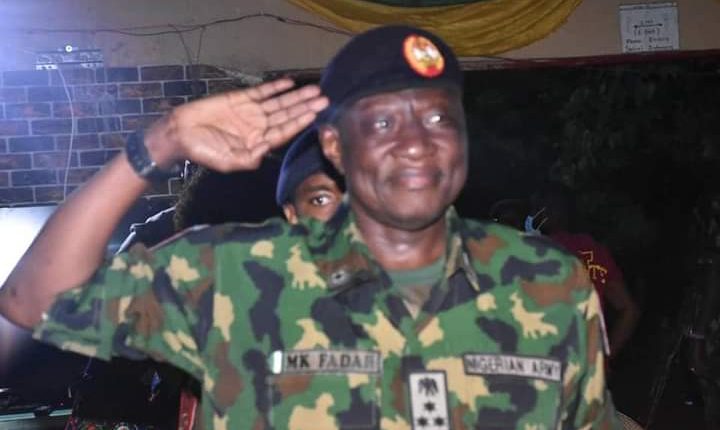 General Fadah also advised the Corps Members to be patience, hardworking and embrace dignity of labour which are the hallmark of a successful leader.

He said their potentials as graduates of different courses has placed them on the ladder of success, but they need to be disciplined because impatience can jeopardise their future ambitions.

“Please be patient and avoid any form of shortcut to success. NYSC has no place for fraud, cybercrime, drug abuse and other forms of social vices. Anyone that is caught violating NYSC laws would be sanctioned appropriately,“ he said.

Speaking further, General Fadah urged the Corps Members to be conscious of their security, during and even after their service year, adding that he would ensure the safety of all Corps Members.

He urged the Corps Members to obey the rules and regulations in their respective places of Primary assignments.