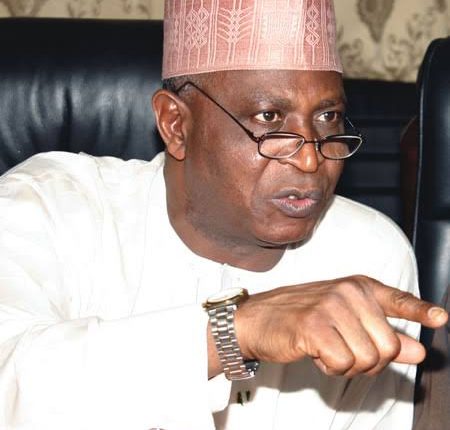 A former National acting Chairman of the Party, Alhaji Abubakar Baraje said this in an interview while giving the rationale behind the choice of Okowa who is the current Governor of Delta State as the presidential  running mate.

He said; “Governor Okowa is going to support Atiku to salvage the country from the economic doldrums that we find ourselves and from the insecurity.

“Governor okowa isn’t an inconsequential personality, he is going to be a performing vice President, somebody that will give full support to the President.”

Baraje said that “Okowa has been a two-time commissioner and delivered. He has been Secretary to the Government of Delta State, he was highly complementary that is why he was invited by his people as a serving senator to come and be the Governor of the State and we could see his performances.”

Asked to speak on the chances of the PDP in the southern part of the country as the ruling All progressives Congress, APC and Labour Party, LP have both chosen their candidates from the region ahead of the 2023, he said the electorates in the South would still opt for the PDP due to the age and vibrancy of the vice-presidential candidate.

“Despite the presidential candidate of the APC and LP coming from the South, the electorates will still go for the PDP candidate, because of age, vibrancy and political dexterity of the candidate,” he stated.

The astute politician also said that the battle for supremacy at the polls would not be decisive at either of South nor North, rather at the central, predicting that series of cross party movements would swing the pendulum in favour of his party, PDP.

“The battle is not in the south, there are some states that actually create some swings and Delta is one of them, Rivers and Lagos are part of them ,coming to look at where is the battle, the battle is in the central part of the country, and I know definitely some of us coming from the central are loyalists to PDP.

“We are sure that a lot of swings will take place in the central that will give PDP a positive advantage towards the election in 2023, as far as I’m concerned, the South belongs to the PDP,” Baraje added.