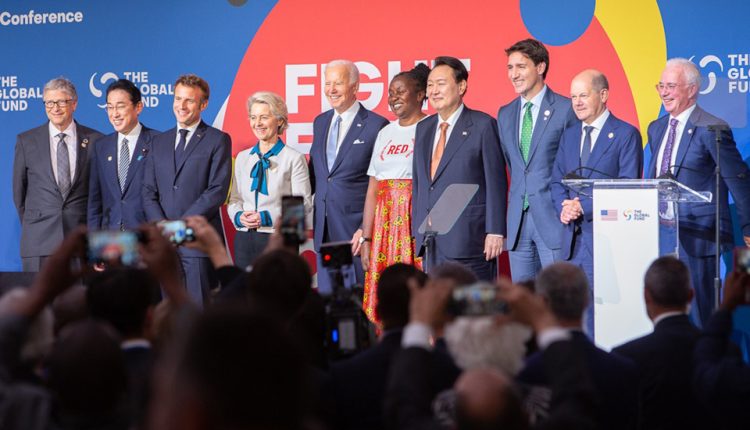 As countries worldwide make their pledges towards the Global Fund to end AIDS, TB and Malaria, the ONE Campaign has applaud the efforts and commitment of leaders across the world.

The Global Fund to Fight AIDS, Tuberculosis (TB) and Malaria secured US$14.25 billion in commitments from donors around the world at its Seventh Replenishment Conference.

Although this is the largest amount ever raised by the Global Fund, it is short US$3.75 billion of its replenishment target.

“It’s an historic achievement on any day, but especially remarkable considering the multiple global crises in front of us and the economic pressures facing people and governments everywhere,” she said.

Gayle Smith said, ONE Campaign is especially grateful to those countries, including Germany, Japan, Canada, the European Commission, Republic of Korea, South Africa, France and the host of the conference, the United States, that increased their support by record levels so the Global Fund can continue its lifesaving work.

“But we must acknowledge there is a significant gap to be filled. It is especially important that the United Kingdom and Italy, which did not pledge today, meet the ambition of their G7 counterparts to support this effort,” she added.

Smith said that, the additional funds are crucial and will fill the gap. “Isn’t simply a matter of dollars and cents, but access to treatments, testing, and lives saved. Staying ahead of these three diseases will be a fight every day. The job is far from over, too many people remain at risk from preventable disease. We owe it to all those who have taken us this far, to all those who have died, and all those still at risk to finish the job.

“Global Fund conference: A historic moment, but more work to be done,” she said.

Smith said, the background is the Global Fund’s seventh replenishment set out a goal to raise up to $18 billion to save an additional 20 million lives over the next three years.

Every $1 invested in the fight against AIDS, TB, and malaria yields $31 in health gains and economic returns.

Analysis from ONE shows that every $1 billion contributed means 1.6 million more people accessing treatment for HIV over the next three years in countries where the Global Fund invests.

Each $1 billion given could prevent 25 million more new infections or cases across the three diseases in countries where the Global Fund invests over 2024-2026.