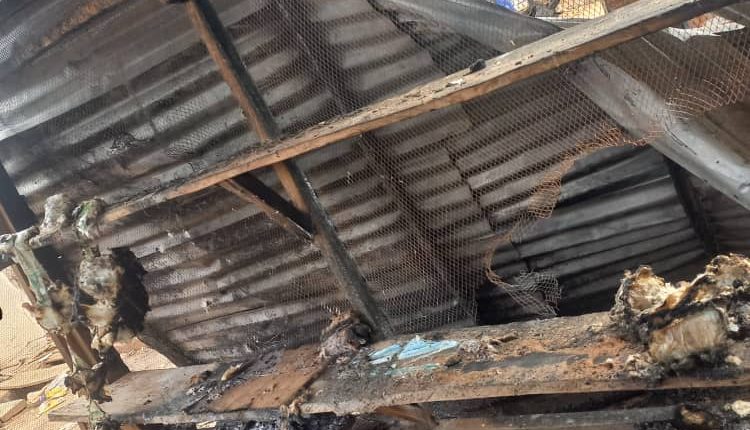 The incident VON gathered emanated from a gas retail shop in the area.

The raging fire consumed goods in three shops in the vicinity and property and money estimated at N5m were destroyed.

A woman said to be the wife of the owner of the gas retail shop sustained injuries and was rushed to a nearby Fatimah Hospital for treatment.

It was also gathered that the woman was later moved to another hospital in the town for comprehensive treatment.

A victim of the gas explosion who sells children wares in one of the shops that were razed by the fire, Mrs Bashirat Bashar said she lost goods worth over N2.5 m to the incident.

” I just filled my shop with goods worth over N2.5m on Monday in preparation for sallah sales. All the goods were burnt by the fire,” Mrs Bashar lamented.

A source also claimed that the owner of the gas retail shop also lost N2m cash to the incident.

” The wife of the gas retail shop’s  owner sustained injuries during her attempt to retrieve the N2m that her husband kept in the shop. The money is meant for purchase of goods the following day (Wednesday).

Attack on Convoy: No Life Threatening Injury was Sustained-Presidency