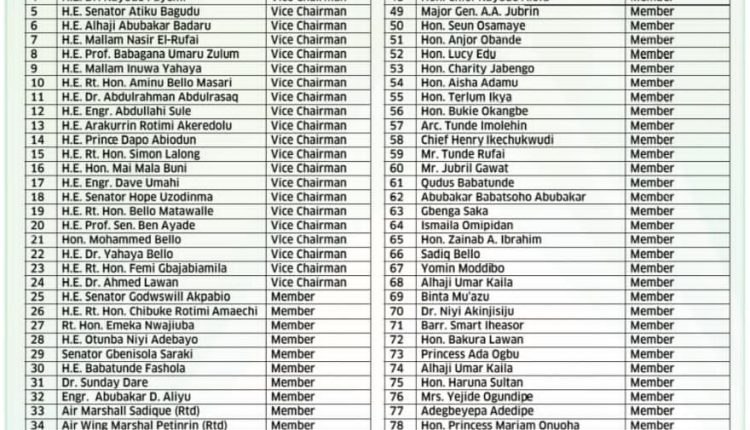 Osun Poll: I have zero tolerance for failure- APC Chairman

Senator Adamu stated this when he inaugurated the Campaign Council for Osun state governorship election at the APC headquarters in Abuja.

The Council is made of 90 members including all the APC Governors, the President of the Senate, Speaker of the House of Representatives, several law makers, Ministers and party members.

While inaugurating the Council, the APC National Chairman charged the members to do everything within the law to win the election.

“I urge you to leave no stone unturned. I urge you to go there and do whatever is doable within the laws of Nigeria and our electoral laws to win.

“My tolerance level and this national working committee level for failure is really really zero.

Most of you have been statesmen in your own right, the offices you held before today, but for this exercise take off the big guns take off the creepy suits were and go down the trench and bring that victory we want.

“Nobody should come back to us crying, failure is not our own by the grace of God” Adamu said.

While stressing the importance of winning the election, Senator Adamu said that the Osun election and the recently concluded Ekiti governorship election-which APC won- are forebears of the 2023 General election in Nigeria.

“What we mean by the commitment is the 2023 general election is facing us. We have to face it squarely. There’s no option to wining the national election and these state elections are like I said forebears to the national election. We must show those who love us by showing those who are our adversaries in the strongest possible way that we are in control. No apologize to anybody, we are the party of government, we are the party ruling the country today, no apologize for anybody” he said.

In response Governor Ganduje while speaking on behalf of the committee said reconciliation amongst party members in the state was necessary for winning the election.

He stated that the council would be strategic to ensure victory.

“Some of us who participated in the last election that brought the current governor into office, we knew the interplay of variables that tool place. And that led us to a new terminology in election, inconclusive election.

“We will take the previous events and unify it and see how things stood at that time. And what variables that went in-between the election and now. And see how we can compete for success because this is our efforts to our party” Ganduje said.

The APC governorship candidate for Osun state is Governor Gboyega Oyetola who is contesting for a second term in office.

The Osun State Governorship election would hold on July 16th.