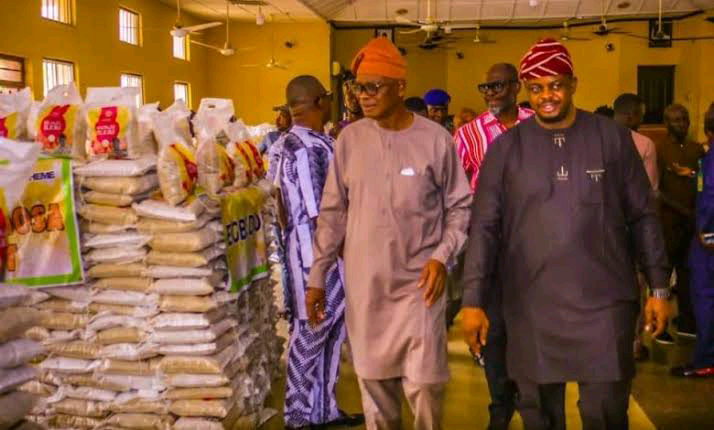 The Osun State government has made known its intention to empower more entrepreneurs through its monthly Food Support Scheme to the vulnerable.

Secretary to the State government, Prince Wole Oyebamiji, disclosed this at the flag off ceremony of the 13th edition of the scheme in Osogbo.

Oyebamiji said the Food Support Scheme had fed over one million mouths in various categories across the state and had engaged scores of entrepreneurs.

He said that the scheme had recorded huge success, particularly in the area of bringing government closer to the people and meeting the masses at the point of their needs.

“When Governor Oyetola started this scheme, he said he will continue as long as he remains in government, some ‘Doubting Thomases’ said he couldn’t make it. But we are glad to inform the generality of our people that last month was the 12th edition and today is the commencement of the second year of feeding the generality of the masses of our people.

“What gladdens our hearts is the fact that we are getting feedback from the beneficiaries and this shows the extent at which we have reached out to the people who actually need this. As a matter of fact, we went to the extent that, apart from the distribution pattern, we went to the markets to ensure that it gets to our people.”

In his remarks, the Commissioner for Regional Integration and Special Duties, Olalekan Badmus, said the government was committed to increasing the number of entrepreneurs engaged for the scheme in the second year.

Badmus who expressed delight at the successful implementation of the Scheme since inception, said: “So far so good, this scheme has been a success. We have been able to engage 50 entrepreneurs in the last one year and we are also looking at doubling this figure for the second year”.

“Presently, we have different entrepreneurs that have reached us to partake in the programme on the production of different foods, most especially cassava flakes.

“You will agree with me that this programme has been a success when you see the number of people that want to partner. It is a programme that is working. That is why similar gesture is being copied by Borno State Government as part of its social security intervention, among other positive impacts recorded,” he added.

Governor Oyetola had last year April flagged off the Osun Food Support Scheme–a project targeted at banishing hunger, poverty and related vices as part of his government’s social security intervention, designed to scale-up the welfare and general well-being of residents in the state.

Beijing: 20 million to be screened for COVID