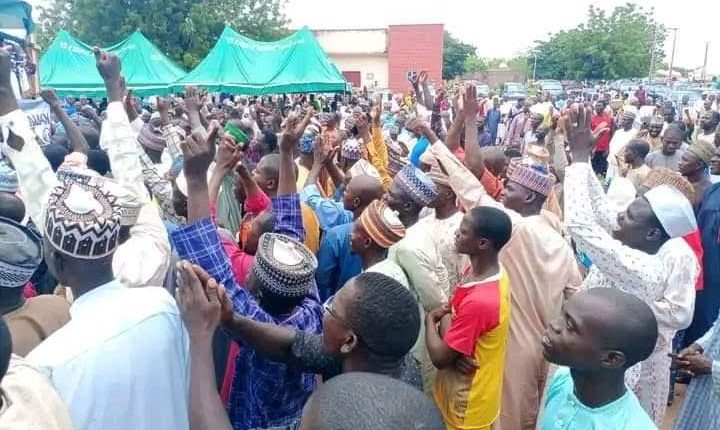 Alhaji Kurun Maiyama of the Peoples Democratic Party, PDP, in Maiyama Local Government Area of Kebbi State, has defected alongside 4,219 of his supporters to the ruling All Progressives Congress, APC.

The decampees were received at a rally in Maiyama town yesterday. A mammoth crowd of stakeholders of the party attended the event.

Over 5,000 Members Of PDP In Maiyama LGA Of Kebbi State Defects To APC , Rejects Atiku And Declares Total Support For Asiwaju Tinubu .

The beginning of a new Nigerian is getting closer. 😁 pic.twitter.com/RdWyCgE4Gs

Announcing his defection alongside thousands of decampees from PDP, Maiyama said the sterling leadership qualities of Kebbi State Governor, Senator Abubakar Atiku Bagudu, his developmental achievements as well as how he handled the State during the Covid-19 pandemic influenced them to join APC.

“We joined APC because we believe in the excellent leadership of our Governor, Senator Abubakar Atiku.

“The development we have seen in the State and how he could control the State’s economy during the pandemic was impressive.

“When other states were locked down, people are allowed free movement unhindered,” he said.

This is Evidenced by the Latest Strike When a X-55…