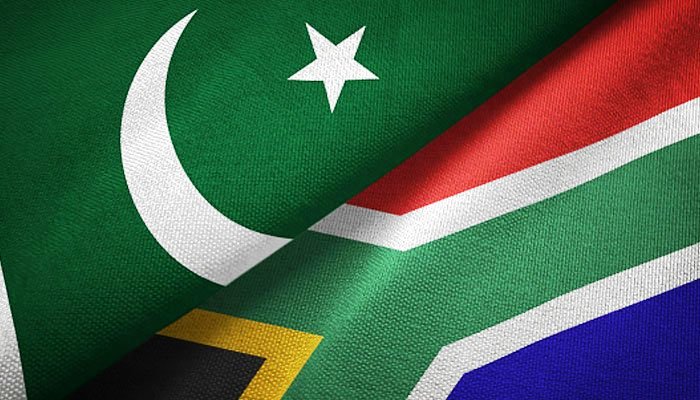 Pakistan envoys are embroiled in non-diplomatic issues in South Africa and London as Pretoria imposes a ban on the sale of used vehicles at the Pakistan Embassy.

The revenue department accused two top Pakistani diplomats of selling the vehicles by importing them into the country for the diplomatic purpose.

Some recent incidents involving top Pakistani diplomats in host countries is reported not to just cause a strain in relations with these countries but dealt a blow to Pakistan’s image makeover efforts.

It is reported that the South African revenue department has initiated a probe against the Pakistan embassy in connection with importing and illegally selling vehicles in the market.

Diplomatic ties between the two countries have strained after South African authorities decided to impose an unannounced ban on the transfer and registration of vehicles of the Pakistani embassy in the country.

However, Islamabad’s response to South African concerns on the issue has been of denial.

In place of initiating own inquiry into the matter, the government of Pakistan has resorted to imposing a similar ban on the registration and transfer of vehicles of the South African embassy in Islamabad.

It will be recalled that an illegal immigration network which was actively aided by a Pakistani diplomat posted in the neighbourring country, Zimbabwe.

In 2020, an official of the Pakistan embassy in Harare was found helping three Pakistani nationals to illegally enter into South Africa through the border town, Beitbridge.

The matter came to light following the arrest of these individuals in Zimbabwe.

The Foreign Ministry of Zimbabwe then issued a diplomatic note to the Pakistan embassy and ordered the immediate deportation of the concerned official.

Also, in April 2021, Pakistan’s ambassador to Saudi Arabia and six other officers working in the embassy in Riyadh had to be recalled over complaints by the Pakistani community in the kingdom alleging harassment.

In an efforts to douse tension, in the statement issued by the Pakistan Prime Minister’s Office and the Foreign Office later, assured the formation of a committee to probe into the working of Embassy/ Consulates in the Kingdom.

Among other things, the committee was to look into extorting and fleecing Pakistani expatriate workers and overseas Pakistanis, causing delays on one pretext or another, resulting in extraction under duress.

The then-Pakistan Prime Minister Imran Khan had to ask the Missions’ officials not to mistreat their own expat community living in Gulf countries.

In another development, a London court has heard the role of a Pakistan diplomat in an alleged assassination attempt on a dissident at Rotterdam.

A London court heard Muhammad Gohir Khan was offered £100,000 to carry out the murder in Rotterdam.

However, he failed to track his target down and was arrested on his return to the UK.

He was sentenced to 13 years in jail for his crime, during the trial; the court heard the role of a Pakistani diplomat in providing the finance.

The intended victim, Waqass Goraya, alleged that the Pakistani intelligence services were ultimately behind the plot and that it forms part of a wider crackdown on dissenting voices both inside and outside Pakistan.

Dr Siddiqa said her own inquiries had led her to find out, “there was a contract on my head given to some Afghan warlords to be eliminated on return to Pakistan and if the temperature was raised I could be targeted in the UK as well.”

Like Mr. Goraya, Dr Siddiqa alleged that she believed the Pakistani intelligence services were behind the threat. “I have no one else to suspect.” Three other Pakistanis living in the UK allege that they had contact with the police over the possibility of them being targeted in Britain.

Dr Siddiqa said if Islamabad genuinely wants to portray a positive image in other countries, it needs to begin with addressing the ethical issues surrounding its overseas staff.