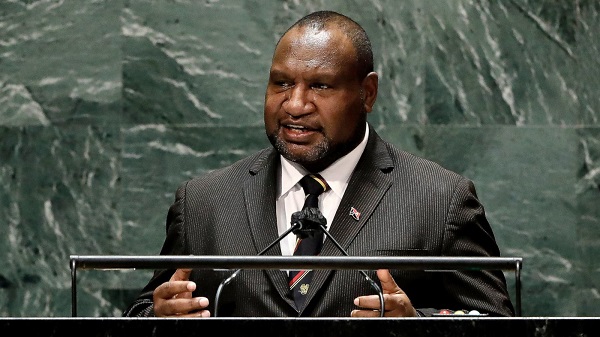 He was nominated unopposed to lead the next coalition government when Parliament sat for the first time since the election.

All 97 lawmakers who attended the Parliament supported Marape’s nomination as prime minister.

Report says that the Parliament resumed despite only 104 of 118 seats being declared, while counting continues in the remainder.

While Marape’s Pangu Party holds 36 of those seats, 20 more than the next most successful party.

In a statement, Marape said that he had a memorandum of understanding for a coalition of 17 parties.

Citing that his main aim is to stabilised and grow the economy, put in place sustainable debt financing, and roll out government programs for education, health, law, and order. “We will not be wasting time,” he said.

The leading contenders to lead the new government had been Marape and his predecessor who resigned in 2019, Peter O’Neill.

Meanwhile, O’Neill had attempted to delay the sitting of Parliament until vote counting was finished. But his application for a Supreme Court injunction failed.

Papua New Guinea is a diverse tribal society of 9 million people who are mostly subsistence farmers and speak more than 800 languages.

Since independence from Australia in 1975, Papua New Guinea has held elections marred by violence, fraud, and bribery.

Marape apologized last month to thousands of people who were turned away from polling stations because of problems with electoral records.