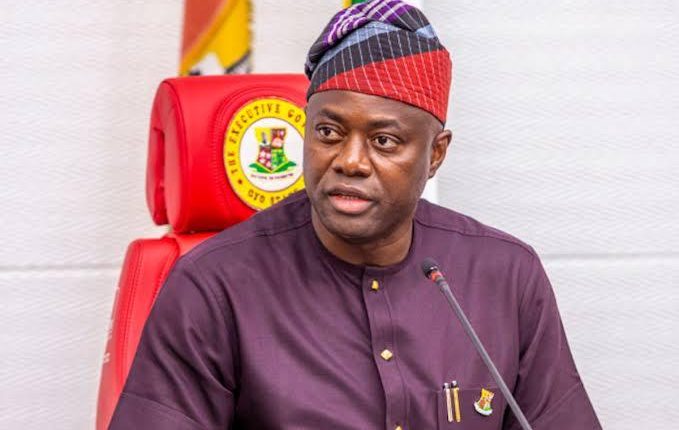 On Dec 7, 2022
0 337
Share
Governor Seyi Makinde of Oyo state, South-West Nigeria, has said all hope is not lost in the bid to ensure harmony within the crisis-ridden People’s Democratic Party (PDP) ahead of the 2023 general elections.
Makinde expressed optimism in the restoration of harmony to the party in a chat with newsmen at the Governor’s Office Secretariat in Ibadan, the state capital.

The PDP has been in an internal crisis over party leadership: The presidential candidate, Alh. Atiku Abubakar and Governor Wike of Rivers state, Southern Nigeria, have had opposing views with Gov. Wike calling for the removal of the party’s National Chairman, Senator Iyorchia Ayu.

According to Wike, there is the need for the South to produce the party’s next national chairman.

Governor Makinde stated that his colleagues, the five aggrieved governors of the PDP, christened ‘G5-Governors’, including Nyesom Wike (Rivers state), Samuel Ortom (Benue state), Okezie Ikpeazu (Abia state) and Ifeanyi Ugwuanyi (Enugu state) were still in talks with the party leadership concerning who the G5-Governors would support for the presidential election.
They had placed some demands before the party’s national leadership and stakeholders.
“It is not time. We are still talking.
“We have made some demands on the party.
“One day is a long time in politics. So, we are still talking and we are hopeful that some form of alignment will be reached at the end of the day,” said Governor Makinde.
Concerning his ongoing consultation and reconciliation with aggrieved members of the party in the state, Makinde said he was also stretching the hands of fellowship to some aggrieved members who had left the party in pursuit of their political ambition on other political platforms.
He affirmed that some of the results that had been achieved so far included the assurance by some of the concerned individuals who had also indicated positive disposition to dropping their ambitions and coming back to the PDP.
“We have been reaching out to people that are aggrieved within the party but for those that have left the party, it is a totally different approach because some of them left because of their political ambition.
“But, we are still reaching out even to some of them and some have indicated positive disposition to dropping those ambitions and coming back to join us in the party. The work is ongoing,” he explained.
He further explained the rationale behind the branding of some campaign vehicles without the picture of the PDP presidential candidate, saying whoever paid for such branding reserved the right to determine the pictures of individuals that would be used on the vehicles.
electionsG5-GovernorsGovernor Seyi MakindeNigeria's 2023 ElectionsThe Peoples Democratic Party (PDP)