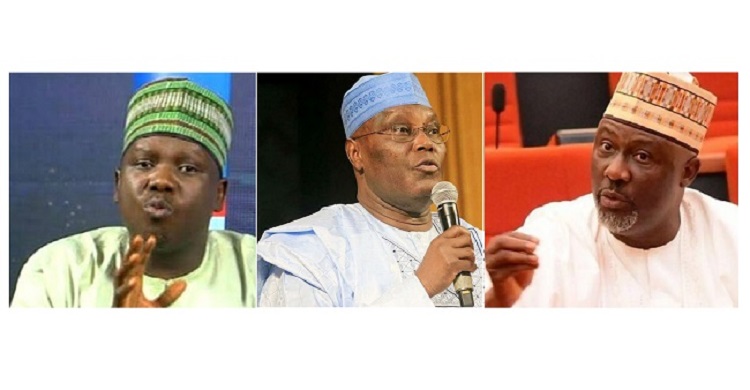 Dino Malaye is a politician and a member of the 8th Senate, who represented the Kogi West Senatorial district. He hails from Ayetoro Gbede in the Ijumu Local Government Area of Kogi State

Daniel Bwala, who just defected from the APC, is a legal practitioner, politician and public affairs analyst. He hails from Adamawa state.