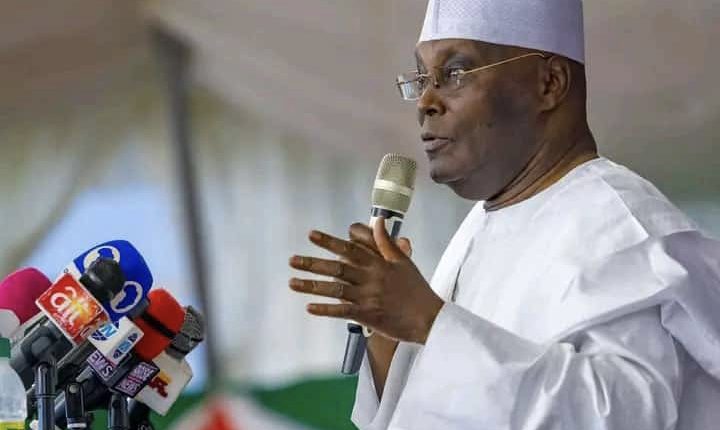 A former Vice President of Nigeria and the presidential candidate of the People’s Democratic Party (PDP) Atiku Abubakar on Monday received decamped politicians during a mini rally in Yola, the Adamawa State Capital.

Voice of Nigeria reports that a total of one thousand, six hundred and forty politicians mainly from the All Progressives Party including two members of Adamawa State House of Assembly have decamped to the People’s Democratic Party in Adamawa State.

While receiving the politicians, Atiku noted that in all his years of political experience, Adamawa state people have stood by him and invested in him and he promised to do the same for them.

He also commended the Governor of Adamawa State Ahmadu Umaru Fintiri for his developmental strides and urged the people of the state give him their support and vote him back for the second time.

He explained since his emergence as the PDP presidential candidate, he did not come home to say thank you because he was going round to sort out things.

Today‘s outing was a confirmation of the direction the people have chosen. More importantly, it was an opportunity to welcome the thousands of defectors from various political parties to our great PDP. My heart is excited. I couldn’t have asked for more. -AA #AtikuInYola pic.twitter.com/0Mnlk2ont9

The Adamawa State Governor, Ahmadu Umaru Fintiri while speaking earlier, explained that Abubakar Atiku has performed well and called on the state electorates to vote for the People’s Democratic Party come 2023 general election so as to consolidate the gains of his achievements in Adamawa State.

Also at the rally, the National Chairman of the party, Dr Iyorchia Ayu urged all aggrieved PDP members to reconcile and come together so that the party can win the presidency in 2023.

Dr. Ayu seized the opportunity to describe the PDP presidential candidate as a unifier who has what it takes to deliver Nigeria from its current challenges.

“With the number of people across various party I see here today, I have no doubt that our party will reclaim power in Nigeria come 2023″.

“even though we are here to receive decampees, the turnout is very impressive” Dr Ayu said.

While handling over the decampees to Goveenor Ahamdu Umuru Finitiri, he urged the governor to give them equal playing ground.

On behalf of the defected politicians, the member representing Fufore/ Gurin constituncy, Mr. Shaibu Babas said hundreds of their supporters have dumped their political parties to join force with Governor Finitiri because they have seen the transformation he has brought to the state.