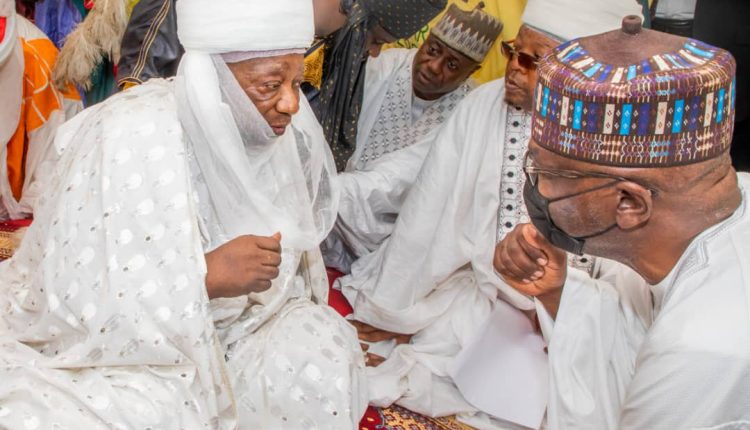 The Eid was attended by Governor AbdulRahman Abdulrazaq whose habitually lean convoy solemnly meandered through the large crowd amid cheers from the faithful as he quietly joined the prayers.

Also at the Eid was the Emir of Ilorin, Dr Ibrahim Sulu-Gambari, accompanied by a legion of kakaki-blaring traditional royal guards. 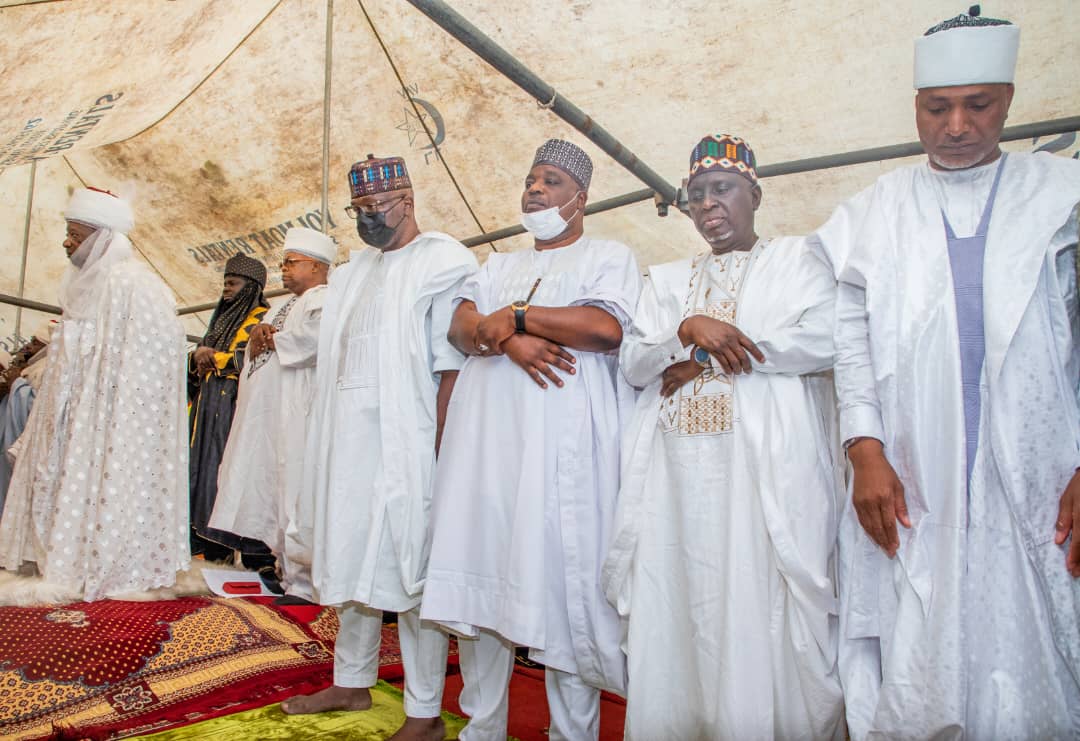 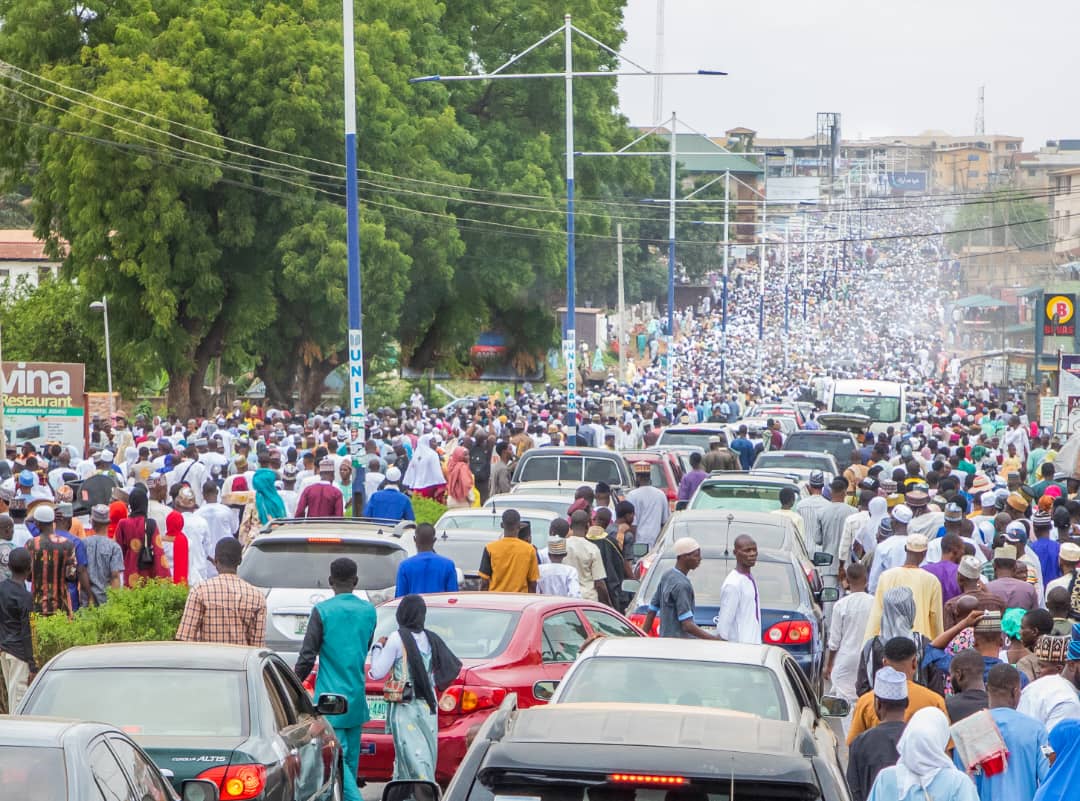 They were welcomed to the Eid ground by the creme de la creme of the Emirate, including federal lawmakers, cabinet members, and royal title holders.

Abdulrazaq’s modest acknowledgment of the cheers after the prayers animated the joyous crowd, indicating the lively mood of the community following the completion of the 30-day fast, which was mandatory on every healthy, adult Muslim.

The Eid prayer was led by the Chief Imam of Ilorin,  Sheikh Muhammad Bashir—behind whom stood thousands of Muslim faithful in fine long rows that for once obliterated all divides.

“May all our ibaadah be accepted. My message is about peace and progress. That’s the most important thing,” he told reporters shortly after the prayers.

“Once we have peace, we will have progress. We must continue to pray for peace and progress.”

In an earlier message to the state, Governor Abdulrazaq had described the days and nights of the month as ones like no other during which the (Muslim) faithful proudly competed to outdo one another in good deeds.

“I congratulate our Muslim brethren, and especially the leader of the faithful in Kwara State, the Emir of Ilorin Dr. Ibrahim Sulu-Gambari. It is my prayer to Almighty Allah to accept it as a worthy act of worship, accept all our supplications in and after Ramadan, set our country on the path of improved security and greatness, grant us the grace to observe many more of Ramadan in good health and best of faith, and reward us with Al-Jannah Firdaus,” the Governor said.

“I also commend everyone, including the political class, to carry on the message and spirit of Ramadan even after its completion. Ultimately, power belongs to God and He gives whomsoever He so wishes.”

The initial Eid programme which was anchored by Sheikh Yusuf Olopoewa started with series of recitation from the Holy Quran.

In his address to the congregation, Sheikh Olopoewa urged Muslims to embrace peace during this period of festivity.

He also admonished clerics to stop attacking one another on social media, advising them to contact the council of Ulamah to settle their differences.

The Islamic cleric encouraged people never to be ashamed of their Islamic faith and language urging them to further embrace their identity.