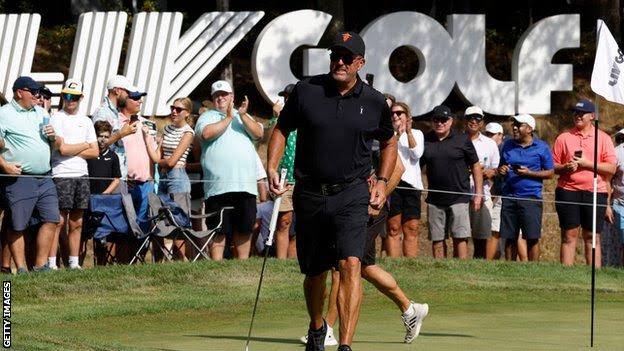 The Saudi Arabian endorsed circuit has signed up a host of top players but the PGA Tour has withheld them from participating in its own events.

Mickelson said; “the PGA Tour, for the last 20 or 30 years have possessed all the best players in the world.

“That will never happen again. LIV Golf is here to stay.”

Mickelson affirmed an agreement that allows the two circuits to co-exist is the normal aftermath of the current stand-off.

“The best solution is for us to come together,” the 52-year-old American said on Friday after carding a two-under-par 70 in the opening round of the current LIV event, which is taking place in Chicago.

However Chief Executive, Greg Norman said earlier this week that LIV Golf had “no interest” in negotiating after trying and failing to engage the PGA Tour in discussions over the past year.”