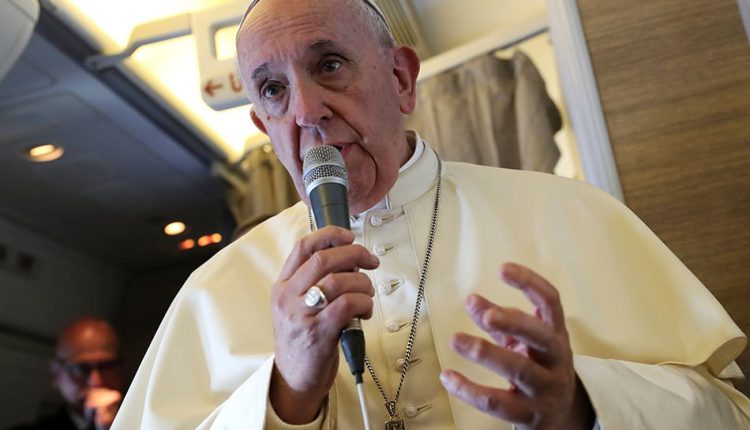 Pope Francis’ July 2-7 trip to the Democratic Republic of Congo and South Sudan has been cancelled because of the 85-year-old pontiff’s knee ailment, the Vatican said on Friday.

The decision was taken “with regret” at the request of the pope’s doctors, who have been treating him for a torn ligament in his knee.

The condition has forced him to use a wheelchair for the last month, although he has kept up his activity, including a meeting on Friday with European Commission President Ursula von der Leyen.

Vatican spokesman Matteo Bruni said the pope would skip the trip “in order not to jeopardize the results of the therapy that he is undergoing for his knee” and that it would take place at “a later date to be determined”.

Vatican sources have said the pope has been receiving several injections a week for the ailment, as well as physical therapy, and that he had hoped to be able to regain at least partial ability to walk before the trip was due to start.

The surprise announcement came just two days after the Vatican released the names of journalists whose requests to accompany the pope on the papal plane had been accepted and preparations in both countries were well underway.

The Vatican did not say if the pope’s scheduled July 24-30 trip to Canada would be affected by his knee ailment.

The trip to the Democratic Republic of Congo and South Sudan in the summer heat would have been difficult for the 85-year-old pontiff under normal circumstances but mobility problems would have made it excessively stressful.

It would have entailed five plane journeys and three Masses that would have required him to remain standing for long periods.

He was also due to make more than a dozen addresses, meet political officials and Church groups and visit camps for displaced people in both countries.

When he went to Malta in April, the pope had to use a freight lift to board and leave the planes because of a knee problem.

In February, the pope cancelled a weekend trip two days before it was due to start because of a flare-up of the knee pain as well as Ash Wednesday services the following week.

His condition improved for a while but several times in the past few weeks, he was forced to delegate the celebration of papal Masses to a senior cardinal while he remained seated and read the homily.

The upcoming trip’s centrepiece was to have been the July 5-7 stop in South Sudan, a visit that had repeatedly been delayed because of security concerns.

South Sudan is predominantly Christian and Francis was to have made that part of the trip with the Archbishop of Canterbury and the Moderator of the General Assembly of the Church of Scotland.

“I am praying for my dear brother Pope Francis and share his regret …,” Archbishop of Canterbury Justin Welby, spiritual head of the world’s Anglicans, said in a statement.

South Sudan gained independence in 2011. Civil war erupted in 2013 in which 400,000 people were killed. The two main sides signed a peace deal in 2018 but the country is still plagued by hunger and fighting.