President Muhammadu Buhari has called on African countries and their Arab partners to work hard and be more united to realise common objectives.

Speaking at a bilateral meeting with the President of Palestine, Mahmoud Abbas, in New York, President Buhari said the actualisation of the UN resolution which proposed a Two-State solution to the crisis between Israel and Palestine required a platform  to think creatively on how to engage the rest of the world on the matter.

“The rest of the world need to be apprised on current state of things between Palestine and Israel in order to commit to the way forward. There should be a better collaboration between African countries on one side and our Arab bothers to get to the end of this matter,” the President said.

The Palestinian President had visited his Nigerian counterpart to thank him for being a consistent supporter of the Palestinian cause even as he reflected it in his (Buhari’s) address at the floor of the General Assembly and to solicit his support by rallying other African countries to their side.

He regretted that the Palestinian issue had dragged for a long time without commensurate progress.

Abbas stated that  Palestinians had decided to pursue a peaceful path towards resolving the matter by relying on nations like Nigeria to help in a peaceful resolution of the Two-State solution as recommended by the United Nations Resolution.

In another meeting with Mr Mahamadou Issoufou, former President of Niger Republic and Special envoy of the UN and African Union on Joint Strategic Assessment  and Governance Situation in the Sahel, President Buhari assured the Special Envoy of the support of Nigeria in the discharge of his assignment bordering on seeking political and economic solutions to issues confronting countries in the Sahel. 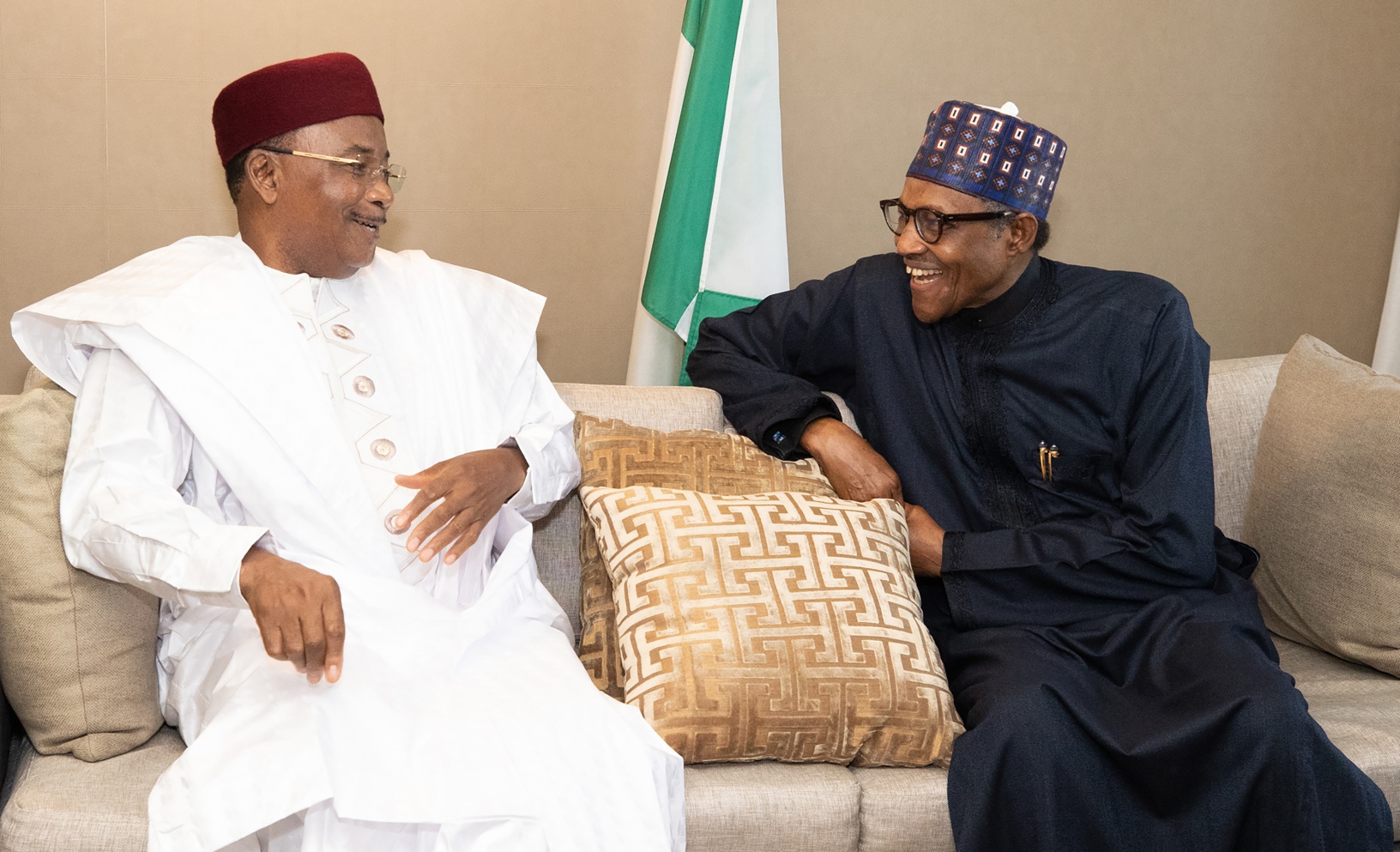 President Buhari stressed the essence of a collaboration between the Lake Chad Basin Commission and the Green Great Wall in order to combat the desertification spreading across some African states as well as finding practical solutions to the displacement of over 30 million persons whose means of livelihood depended on the shrunken Lake Chad.

The President expressed optimism that with his wealth of experience and capacity, Mr Issoufou would get the job done.

The former Nigerien leader had informed President Buhari that they required Nigerian support to raise funds for their activities especially as desertification is spreading across a number of African countries and most of the countries are severely challenged.

He said that the committee needed to visit the countries involved to know their specific needs and would, at this instance, be in Nigeria in October this year.

He requested President Buhari to convene a side event at the COP 27 meeting in November in Egypt so that it can come up with a rich outcome for the committee to use as a basis for its report.