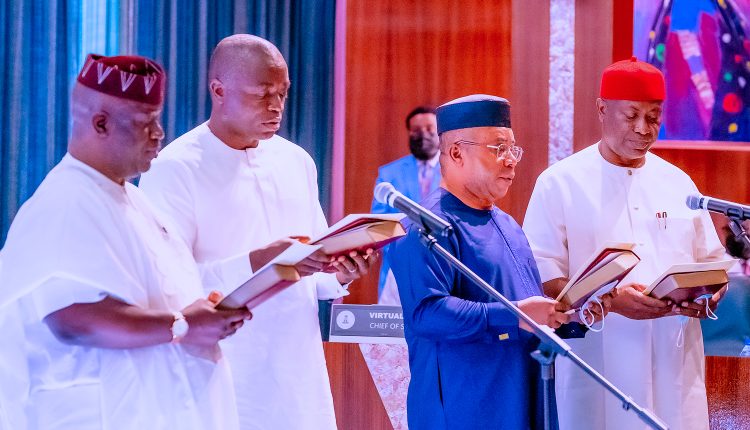 President Muhammadu Buhari has sworn-in seven new Ministers, who now replace former ones that resigned their appointments in May to contest for various political offices.

The swearing-in ceremony took place on Wednesday at the Council chambers of the Presidential Villa, Abuja. 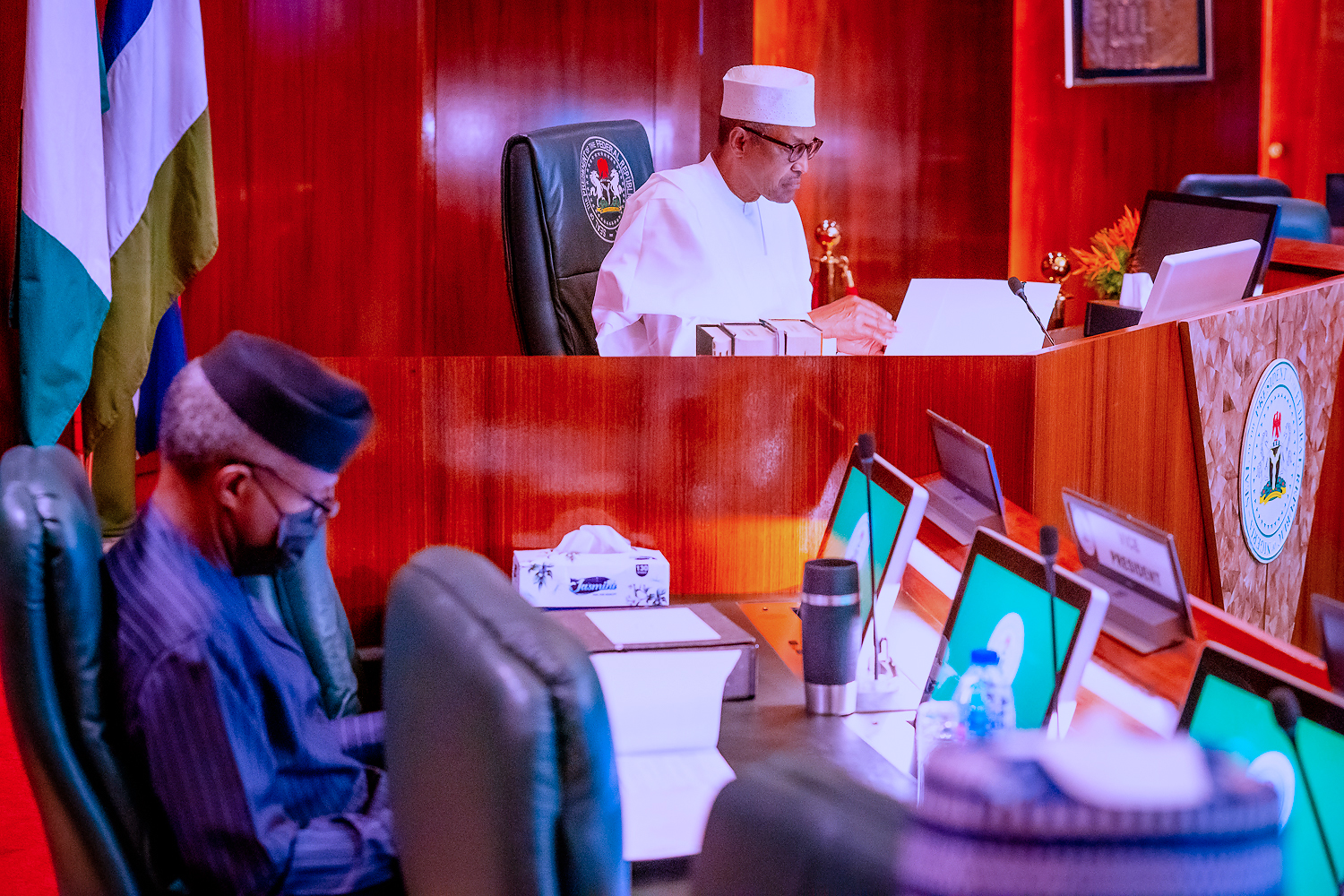 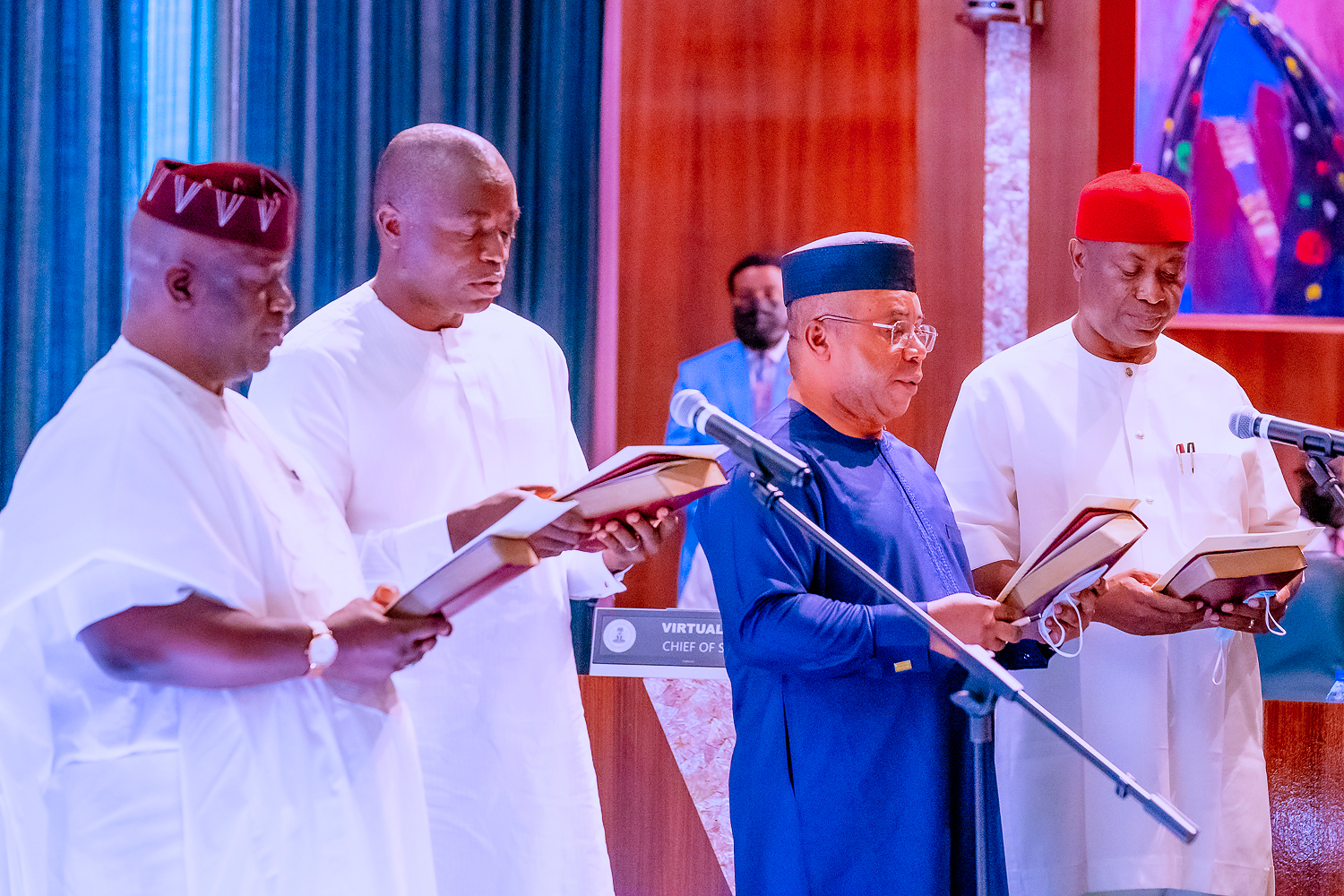 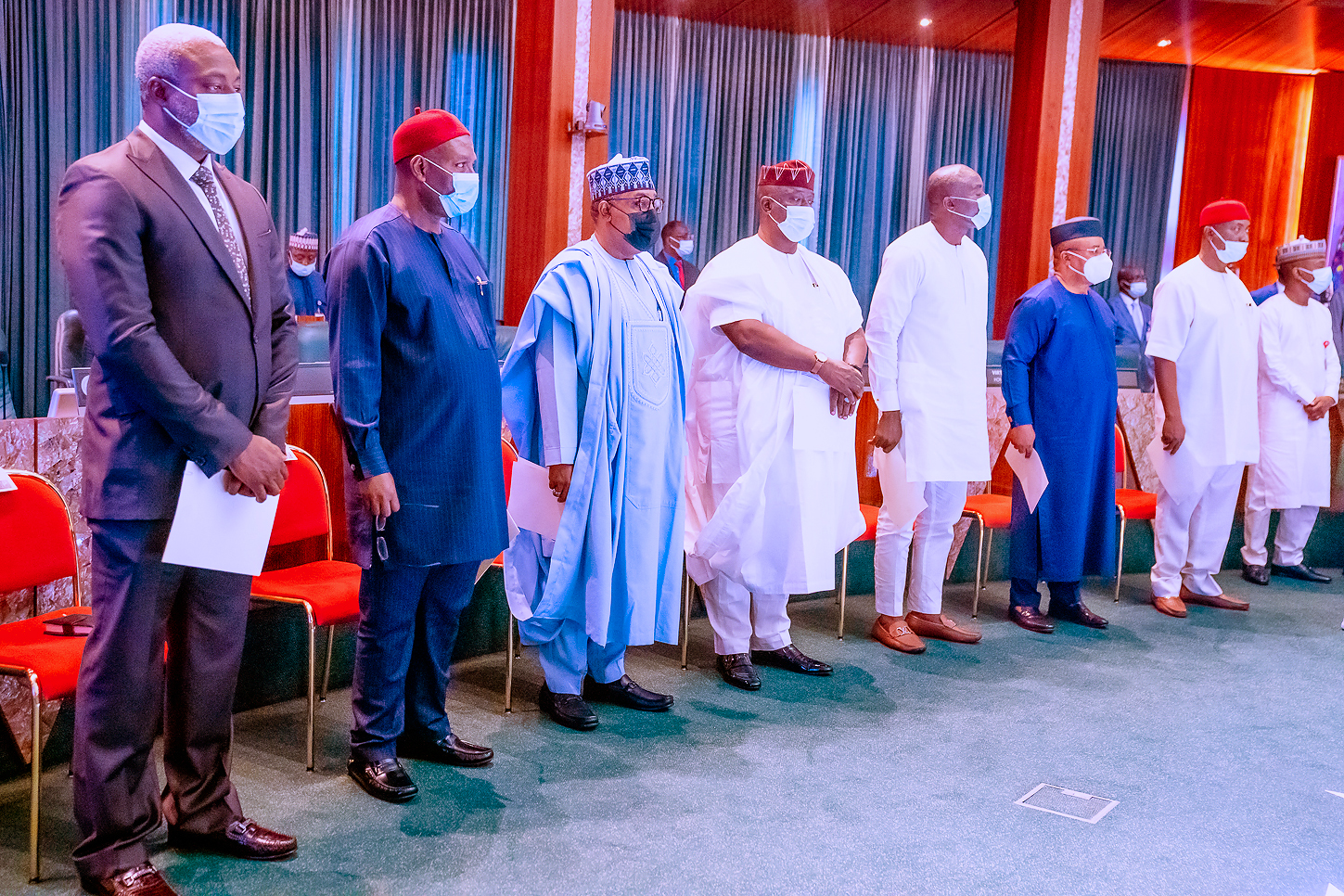 The new Ministers were recently screened and confirmed by the Senate, sequel to their nomination by President Buhari, in line with constitutional provisions.

Their nomination followed the vacuum created by the resignation of some former Ministers like Rotimi Amaechi, Uche Oga, Godswill Akpabio and Ogbonnaya Onu among others, who resigned to pursue various political ambitions. 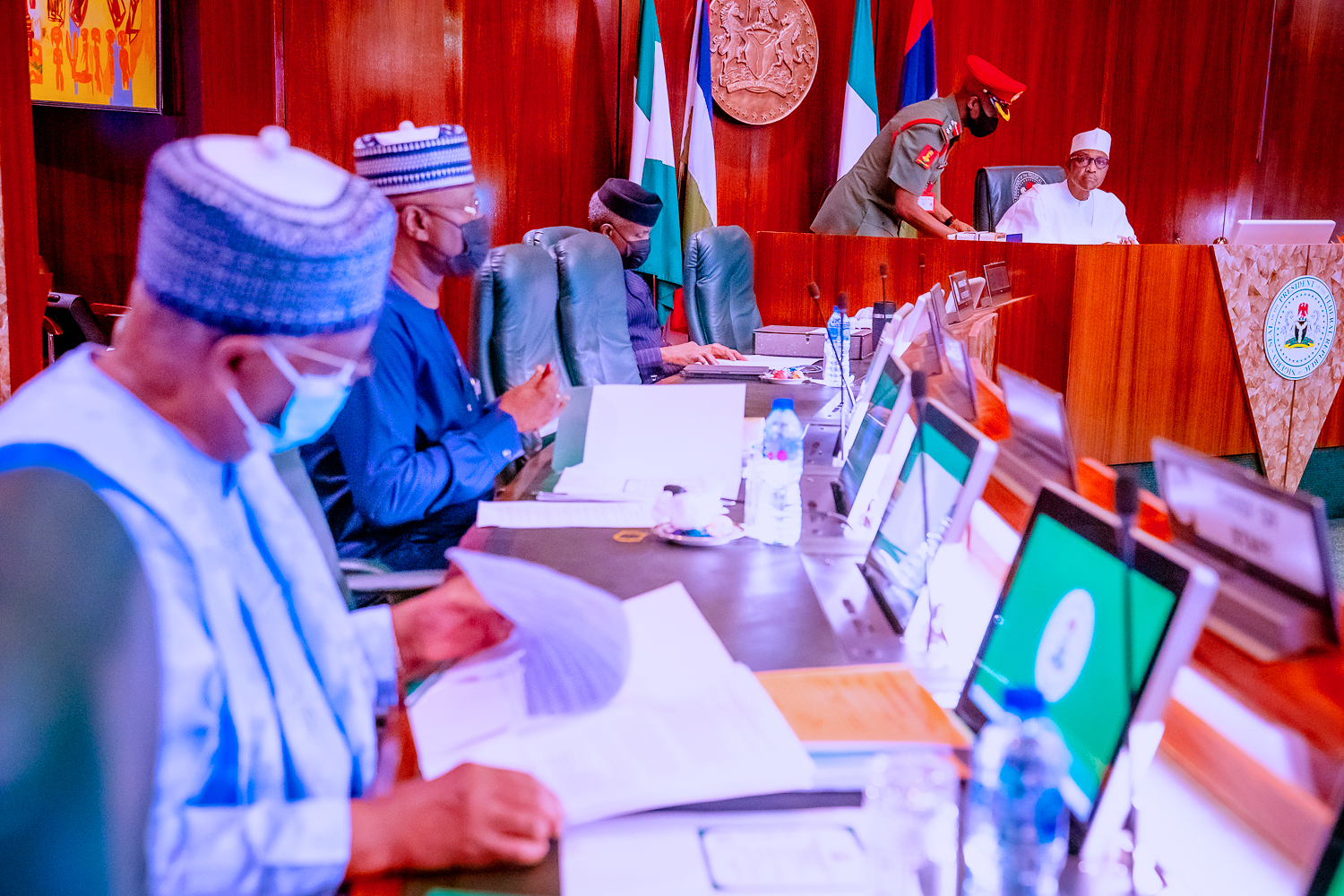 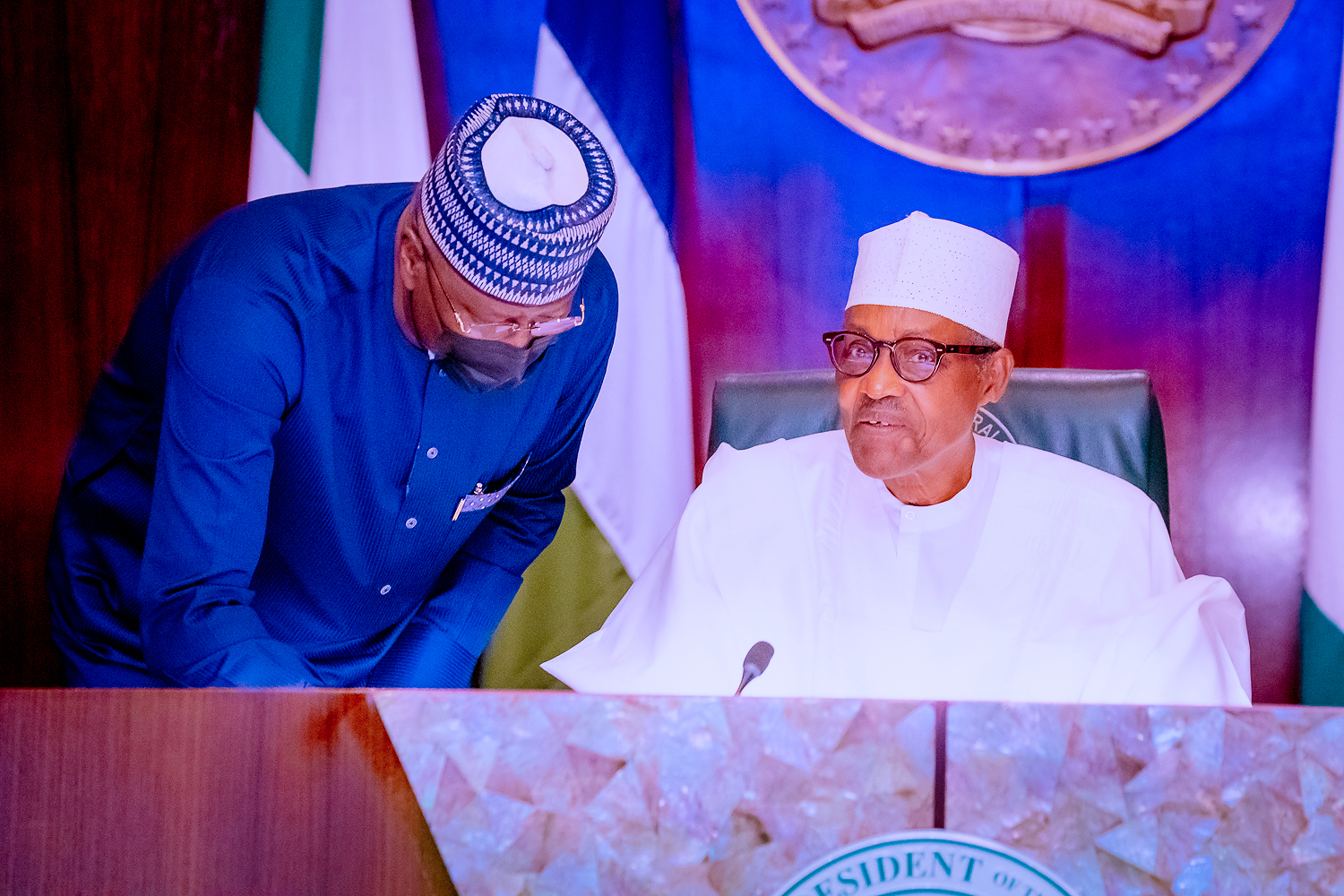 In what can be termed a minor cabinet reshuffle, the President immediately assigned portfolios to the new Ministers as follows:

Before the swearing in, a minute silence was observed in honour of Mohammed Barkindo, the 4th Organisation of Petroleum Exporting Countries (OPEC Secretary-General, who died at the age of 63, Tuesday night.

Meanwhile, the President is chairing the weekly virtual cabinet meeting at the same venue, with the new Ministers in attendance for the first time.

Others who are physically in attendance are the Vice President, Professor Yemi Osinbajo; Secretary to the Government of the Federation (SGF), Boss Mustapha; and Chief of Staff to the President, Prof Ibrahim Gambari.

The Head of the Service of the Federation, Dr. Folasade Yemi-Esan, and other ministers are attending the meeting from their offices in Abuja.

Nigeria’s President to Attend Development for Africa Summit in Senegal

ECOWAS supports Neuropsychiatric Hospitals with Infrastructures, Others in Sokoto