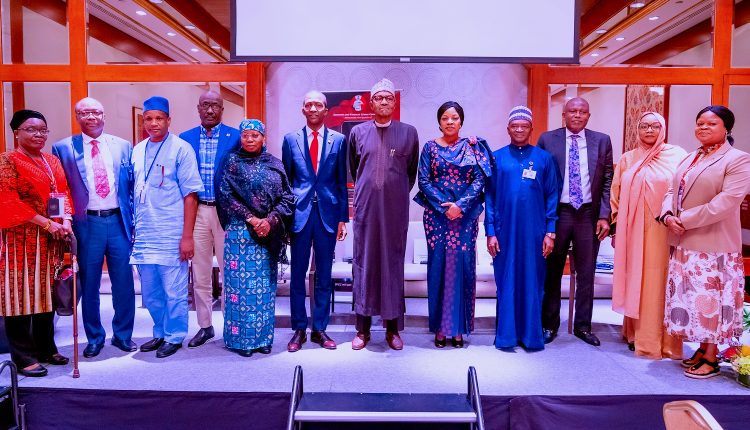 President Muhammadu Buhari has urged African leaders to fight tirelessly to get rid of corruption.

President Buhari said that the continent has remained at the far end of global development index because of its menace.

The President spoke in New York, in his capacity as the African Union Champion on efforts to eliminate corruption in the continent at a High-Level side event on ”Food Security Response: Combating Illicit Financial Flows and Securing Asset Returns for Sustainable Development’‘, on the margins of the 77th Session of the UN General Assembly.

He stated his perspectives on the effects of corruption in the continent and the way forward at the event co-hosted by African Union Development Agency-New Partnership for Africa’s Development, AUDA-NEPAD and the Economic and Financial Crimes Commission, EFCC. 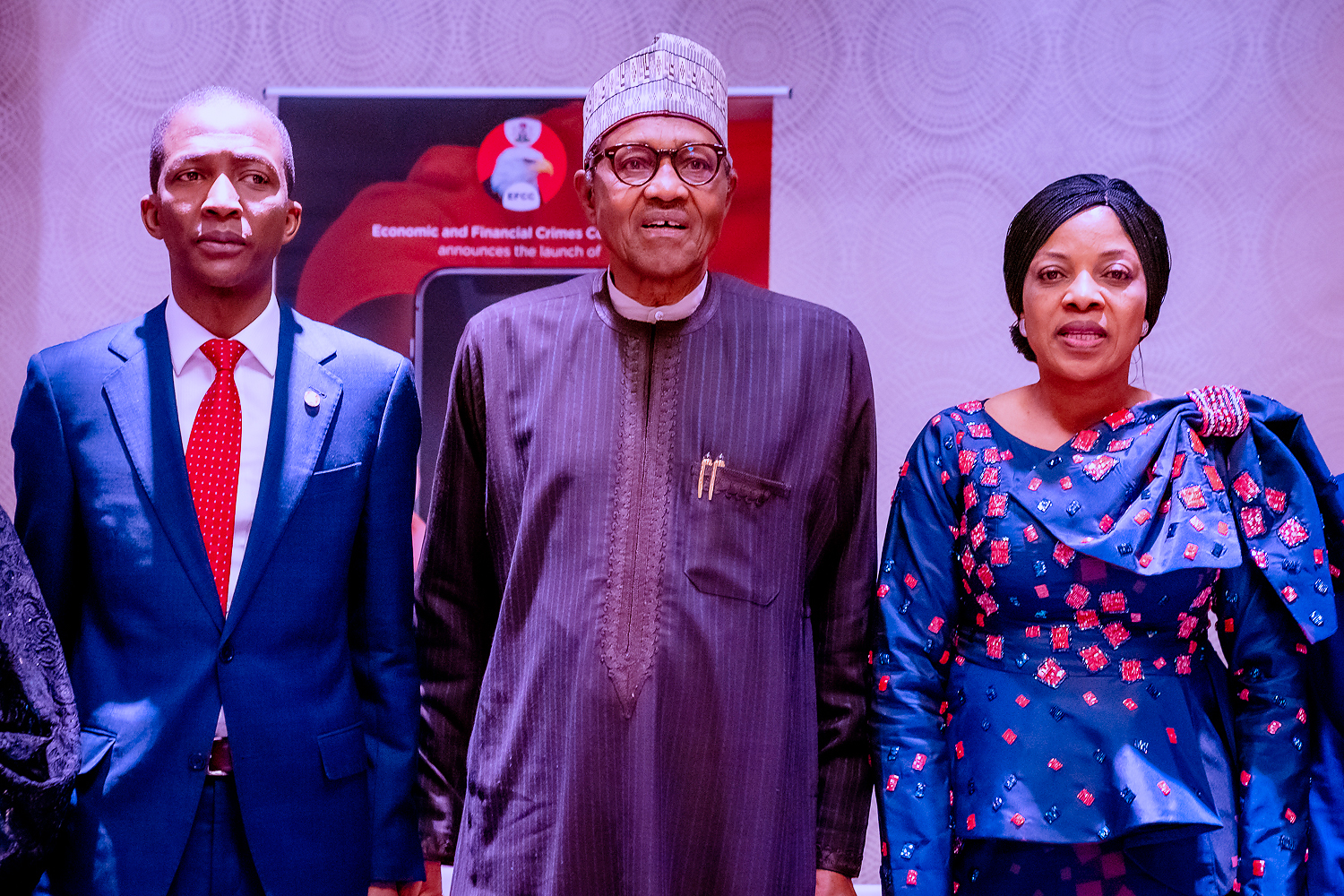 The Nigerian leader said he was honoured to serve as AU Champion on anti-corruption since 2018.

”As you are all aware, this will be my last official participation at the United Nations General Assembly as President of the Federal Republic of Nigeria.

”I remain honoured and privileged to be President of Nigeria for two terms and I am grateful to the African Union for making me the Continental Organisation’s Champion on efforts to eliminate corruption nationally and continent-wide.

”Over the years, we came to the painful realisation on how deeply embedded corruption has become in our countries and continent, as well as how corrosive it can be.

”Corruption has dwarfed our growth and tainted our nations and continent. Africa remains at the far end of development index and concerted efforts made in the last few years need to be sustained, deepened by good governance and accountability that are guided by the rule of law.

”I have strong faith that Africa and our national governments can do this with strong resolve and commitment to eliminating Illicit Financial Flows.

”We need strong partnerships from our global partners to ensure that these efforts succeed. A developed and stable Africa will not only be a global partner for peace but for sustainable development and progress,” he explained. 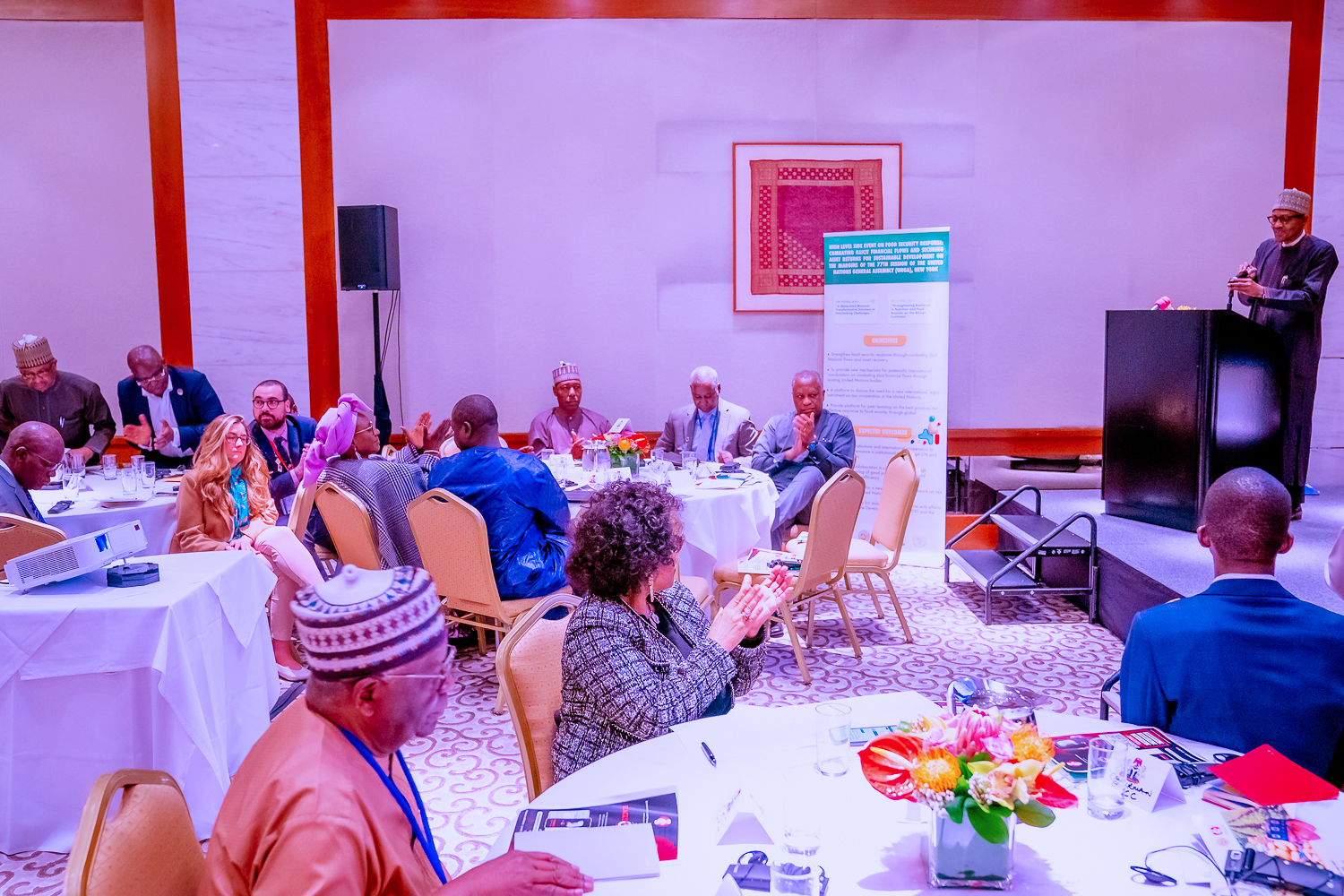 President Buhari, therefore, challenged his colleagues that for the continent to rise to its full potentials, they must work tirelessly to get rid of corruption or by fighting it 24/7.

”Our national resources must not find safe-havens around the world. This fight is a necessity and not a choice to give our citizens a better life through economic prosperity, social peace and security,” he said.

The President urged his colleagues to recall the United Nations General Assembly Special Session Against Corruption political declaration of June 2021 and ensure its effective implementation toward global food security and sustainable infrastructural development in the continent.

On food security in Nigeria, the President disclosed that the Nigerian government has financed 2.5 million smallholder farmers to cultivate about 3.2 million hectares of farmland across the country, creating 10 million direct and indirect jobs.

He also acknowledged programmes initiated by the AU and ECOWAS to address food security, apprising that at the Federal level in Nigeria, the administration is working with state governments through initiatives such as the Anchor Borrowers Programme, to support local production of rice, maize, cotton and cassava. 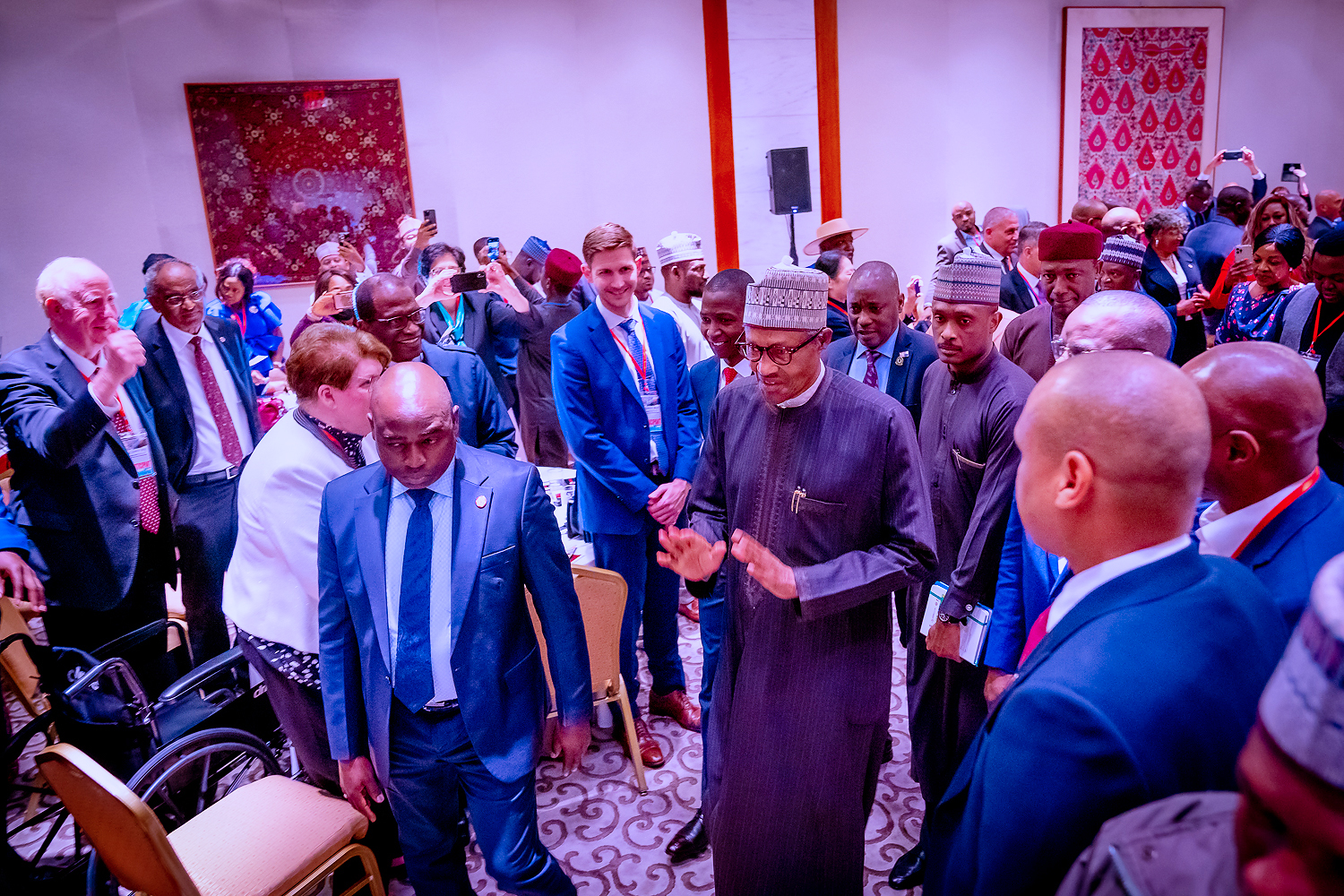 He expressed delight that the implementation of such programmes has resulted in a significant decline in the country’s large food import bill, from $2.2 billion Dollars in 2014 to $5.9 million Dollars at the end of 2018.

‘‘Accordingly, we remain committed to improving productivity of small-scale farmers by promoting equal access to land, technology and markets, sustainable food production systems and resilient agricultural practices across the country and beyond,’’ he said.

The President, however, cautioned that these lofty goals cannot be achieved if corruption, illicit financial flows, serious and organised crimes are not effectively addressed.

”Rice, wheat and fertilizer imports were riddled with gross corrupt practices such as over-invoicing and transfer pricing.

”It is only when  these crimes are contained that we can secure the recovery and return of illicitly acquired assets to victim-countries, which will then provide the much-needed resources in the immediate term, to address development requirements,’’ he said.

The Nigerian leader recounted that the administration has demonstrated effective utilization of recovered assets with the notable deployment of funds to three major infrastructure projects across the country namely; the Lagos-Ibadan Expressway, Abuja-Kano Expressway and the Second Niger Bridge.

He said,”Furthermore, the Common African Position on Asset Recovery (CAPAR) 2020 was recognized as taking a broader approach to include resources lost through any and all types of  Illicit Financial Flows.

”It is therefore our hope, that the CAPAR can be a model for designing a global framework to address Illicit Financial Flows and I use this opportunity to call on the African Union to ensure effective implementation of the CAPAR in line with the vision encapsulated in the Agenda 2063.”

Commenting on the global food crisis, which the United Nations estimates that nearly a billion people went hungry in 2021, the President described it as ”a collective shame on the world’s conscience,” further exacerbated by increased illicit financial flows.

‘‘Such developments have been made worse by increased Illicit  Financial Flows, arising from a combination of factors, including organized violence and conflict risks, economic downturn, natural hazards and climatic risks, as well as worsening access to humanitarian assistance.

“Such an atmosphere presents criminals and their associates with opportunities to take advantage of information developments that characterize such areas of disruption and conflict.”

He said the crisis in  the energy and food supply chains demand urgent response from all leaders in governments, global institutions and businesses to re-think best approaches to address new and old global challenges.

He posited that food crises, illicit financial flows and asset recovery are cross-cutting issues that necessarily need to be addressed holistically through the effective adoption of multilateralism as highlighted in the theme of the 77th United Nations General Assembly: “A Watershed Moment: Transformative Solutions to Interlocking Challenges.”

In her remarks, the Chief Executive Officer of AUDA-NEPAD Nigeria, Princess Gloria Akobundu, said the event “is a continuation of the advocacy on good governance that started in 2017 and was adopted by the Forum in 2018 as an annual event with the objective to promote peer-to-peer learning for best practices and strengthen partnership for good governance.”

She added that, “if Africa’s population and land space are credibly and productively harnessed, it will not only address these challenges but will be a turnaround for world economic boost and sustainable development.”

Nigeria’s Attorney General and Minister of Justice, Abubakar Malami, said that “reports from law enforcement agencies especially the Economic and Financial Crimes Commission (EFCC) show that illicit financial flows (IFFS) undermine efforts to development including food security…the United Nations estimates that $1.6trillion is lost each year due to illicit financial flows, which has a negative impact on global growth and development.”

According to him, the Nigerian government is dealing with the situation

“Just this year, Mr President has signed the Money Laundering Prevention  and Prohibition Act, (2022), the Proceed of Crimes Act just to mention a few,” he added.

Goodwill messages were delivered by representatives of International Organisations as well as Development Partners.