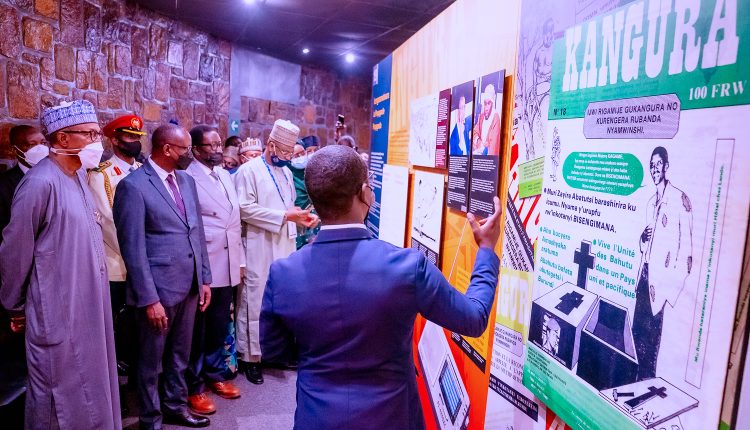 President Muhammadu Buhari has made a passionate appeal to Nigerians to be tolerant of one another and embrace peace.

The President hmade the appeal after visiting the Kigali Genocide Memorial in Rwanda on Thursday,

He toured the permanent exhibitions at the Memorial and laid a wreath at the mass graves where more than 250,000 victims of the genocide were buried.

The Nigerian leader, who arrived in Kigali on Wednesday for the meeting of Heads of State of Commonwealth countries, also paid tribute to the memory of the victims and prayed for healing for the survivors. 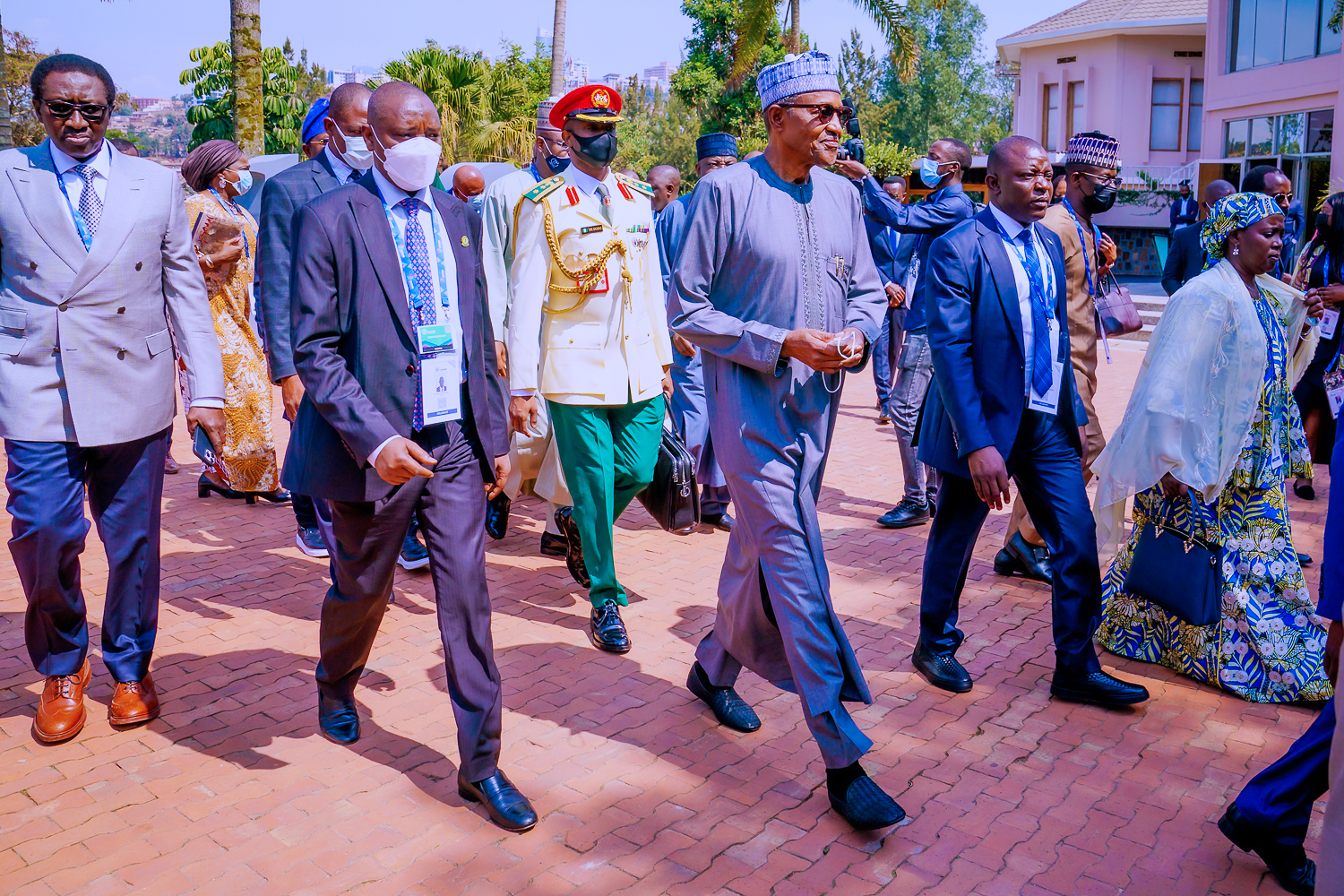 After the historic visit, the President told journalists that the lessons from his visit were the need for Nigerians to continue to be tolerant of one another, and for the nation to also preserve its own historical antecedents from the Nigeria Civil War (1967-1970).

‘‘I went through all the experiences from 15 January 1966 to date. I was a Governor, Minister, and Head of State and went through detention. I returned to partisan politics and will finish my two-terms as constitutionally allowed.

‘‘We fought a 30-month bitter civil war and we killed about a million of each other. Nigeria went through this kind of terrible development process,’’ he said.

Before departing, the President also wrote in the visitors’ book:

‘‘Remembering the victims of this dark history of the Rwanda Genocide, we pray that humanity will never experience this kind of hatred, wickedness and violence toward others because of their ethnic background, religion, and beliefs. 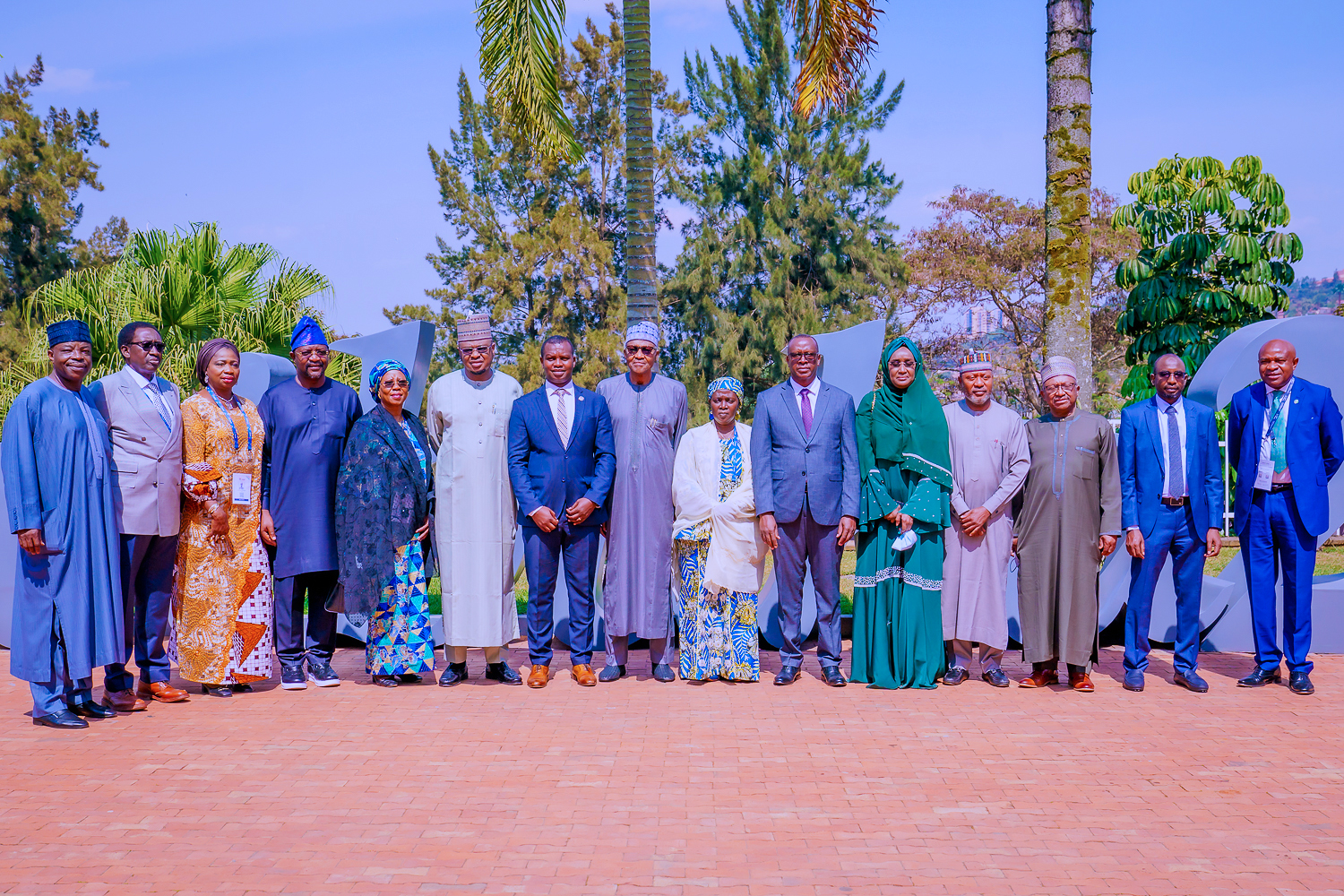 President Buhari will hold bilateral talks with the President of Rwanda, Paul Kagame and Prime Minister of the United Kingdom, Boris Johnson on Thursday and attend the official opening of CHOGM on Friday, followed by high-level meetings of Heads of State and Government.