President Buhari vows not to extend his tenure

President Muhammadu Buhari has again promised to respect the maximum term limit in the Nigerian Constitution.

President Buhari made the promise on Thursday during a bilateral meeting with Prime Minister of Great Britain, Borris Johnson, on the margins of the 26th Commonwealth Heads of Government Meeting (CHOGM) in Kigali, Rwanda. 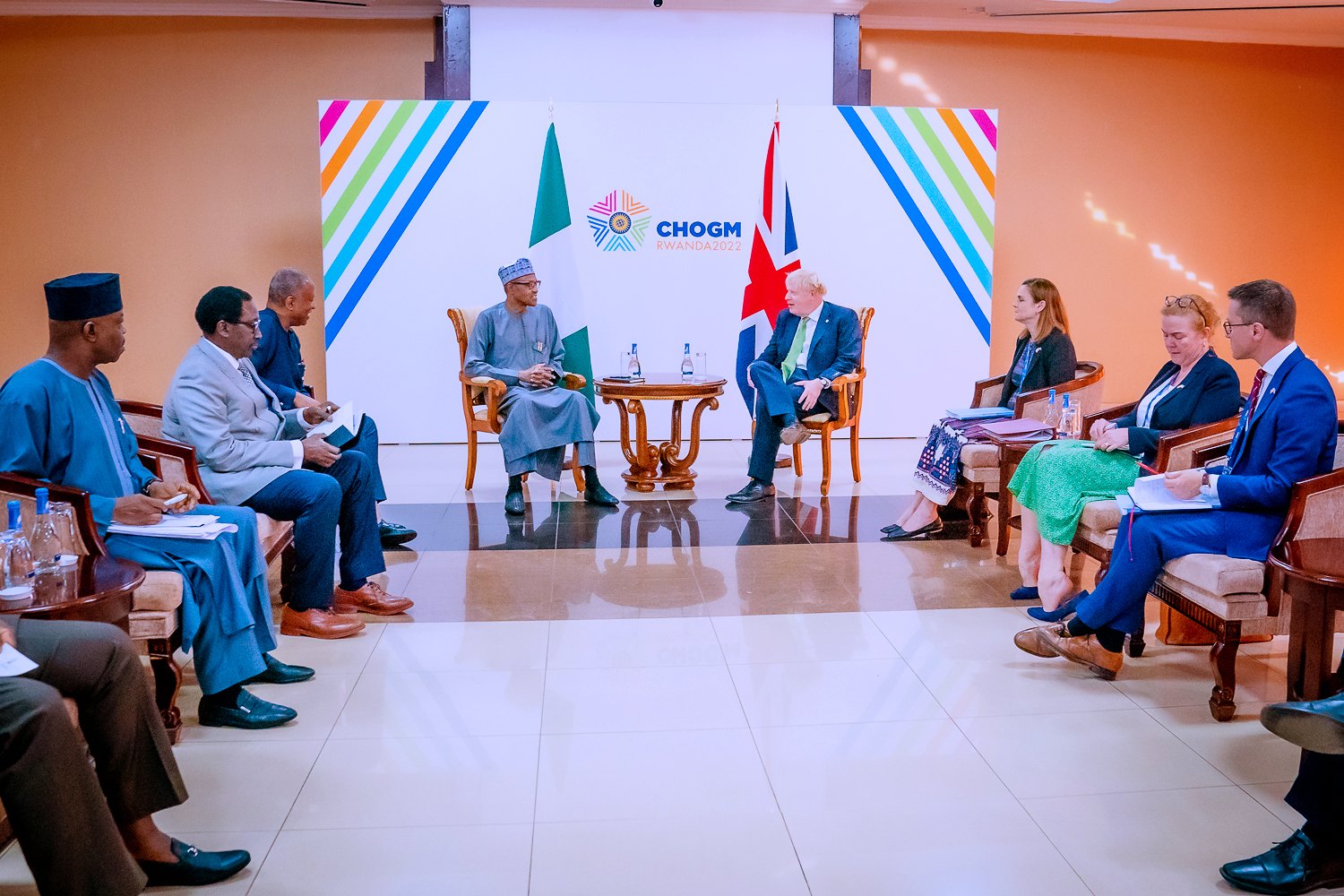 The Prime Minister, obviously not quite familiar with the maximum two terms limit, had asked if President Buhari would run for office again. To which the latter responded;

“Another term for me? No! The first person who tried it didn’t end very well.” (General laughter).

On the leader of the proscribed Indigenous Peoples of Biafra (IPOB), Nnamdi Kanu, not being allowed to see his lawyers privately, the President dispelled such insinuation, saying “the detained separatist was being given every opportunity under the law to justify all the uncomplimentary things he had been saying against Nigeria in Britain.” 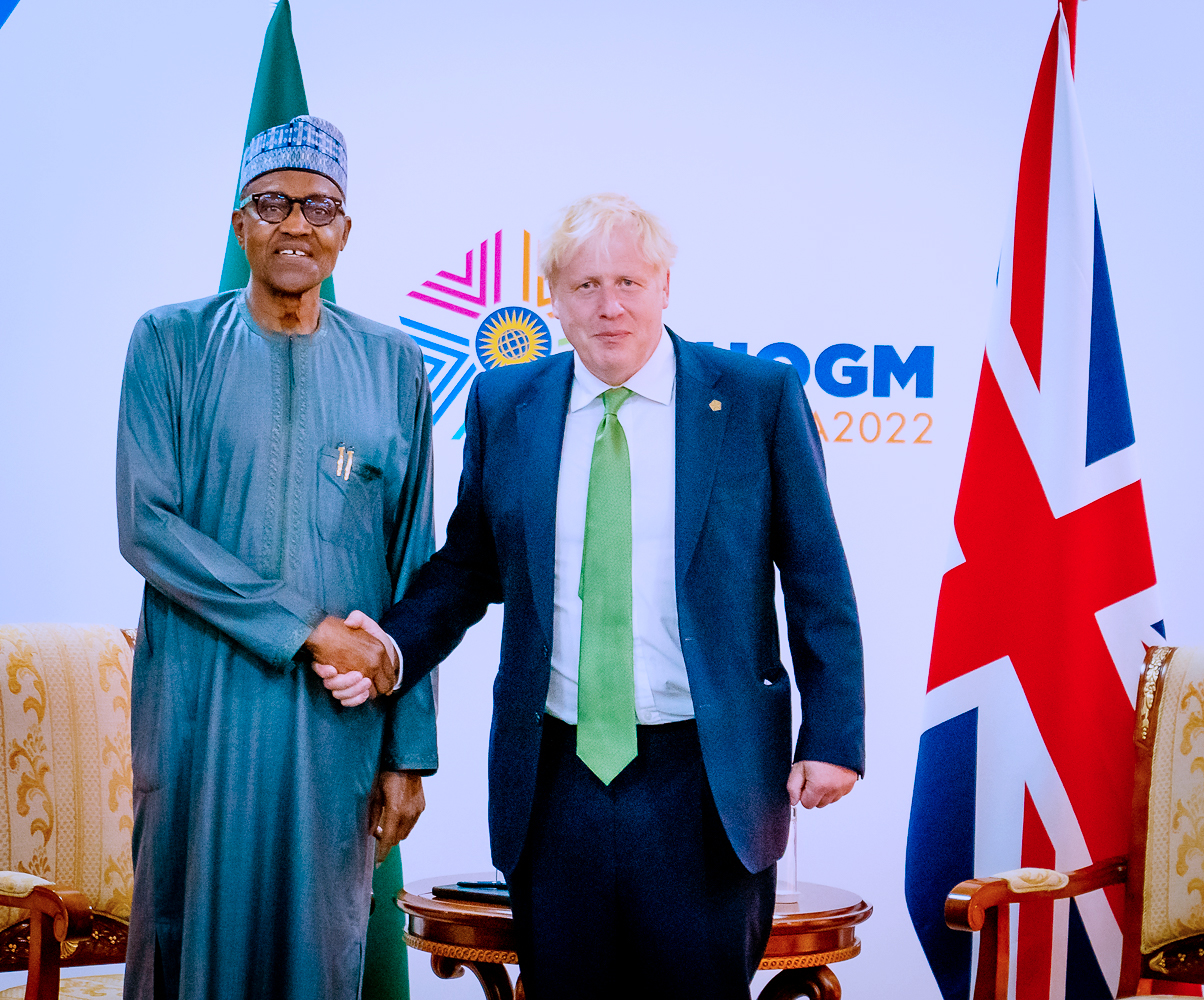 “We eventually got him when he stepped out of the United Kingdom, and we sent him to court. Let him defend all that he has said there. His lawyers have access to him. Remember he jumped bail before, how are we sure he won’t do it again, if he’s admitted to bail?”

Security
On the keenness expressed by Mr Johnson to help Nigeria in the area of security, the President said; “helping to stabilise Libya could be an initial good step, as the fall of Muammar Gadaffi after 42 years in power unleashed his armed guards on countries in the Sahel, and they are causing havoc everywhere, as the only thing they know how to do is to shoot guns.”

On boko haram insurgency, President Buhari said “there is serious effort to educate the people on the fact that only an unserious person could kill innocent people and say Allah Akbar (God is Great). God is justice. You can’t take innocent souls, and ascribe it to God. And the education process is working, the people now understand boko haram as anti-God, and not about religion.”

Johnson said he was delighted about the good news on trade between the two countries, saying the UK is further reducing tariffs on some goods going to Nigeria.

He described the relationship between the countries as “very strong attachment;

“I just want to be sure that we are doing enough. It’s a massive partnership for us, and we need to capitalise on it.”

The Prime Minister offered condolences on some recent attacks in Nigeria, particularly on churches.