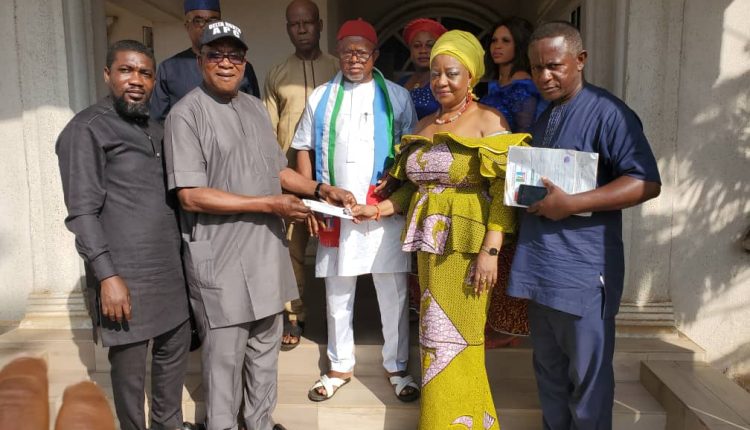 Political parties and their candidates in Nigeria are strategising to clinch power in the 2023 elections with the official flag-off of campaigns for the presidential elections.

Onochie said; “I resolved to join the party to support and ensure victory for the APC presidential standard bearer, Bola Tinubu in furtherance of the President’s innumerable accomplishments.”

She said this development has debunked the earlier fallacious “partisan inclination” which was widely disseminated.

“With this, I can confidently state that I am now a card-carrying member of the party(APC) as against the earlier fictitious story of my purported membership whereby my details were forged and presented to the public,” Onochie said.

The Delta North Senatorial Chairman of the party, OIgbueshi Ekuaka said he remained enthused over her membership, as the development portends positive dividend at the impending 2023 elections.

Similarly, the Aniocha North Chairman of the APC, Matthew Chinye affirmed that Lauretta Onochie’s membership would herald good tidings for the party nationwide.