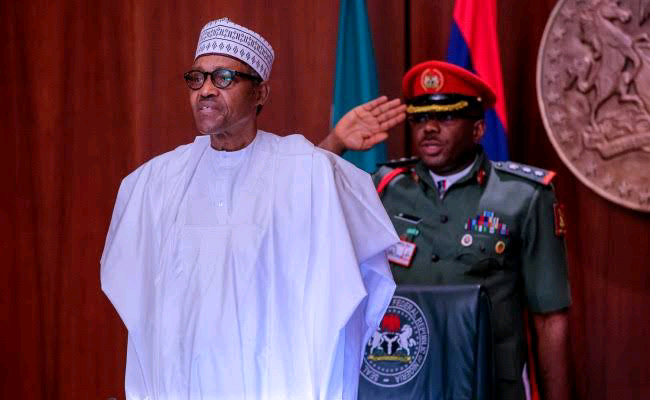 President Muhammadu Buhari has called for greater cooperation among neighbouring countries with Nigeria to better combat escalating volatilities and multiplicity of threats across West Africa and the Sahel.

The President was speaking on Thursday in Niamey, the capital of Niger Republic, at the launch of the French version of his biography, Muhammadu Buhari: the Challenges of Leadership in Nigeria, after inaugurating a 3.8km length and 160m wide Boulevard named after him by the Government of Niger Republic.

He said, ‘‘My remarks will not be complete if I did not mention the escalating volatilities and multiplicity of threats across our region of West Africa and the Sahel.

‘‘The ever-evolving nature of the threats we face underlines the need for enhanced coordination. There is no doubt that we have made incremental progress in our collective fight against terrorism and other trans-border crimes.

‘‘However, a lot remains to be done, especially in the face of renewed efforts by violent extremist groups to expand their operations and footholds in West Africa,’’ the President said at the book launch attended by President Mohamed Bazoum of Niger Republic, President Umaro Sissoco Embaló of Guinea Bissau as well as the current Chairman of ECOWAS, General Mahamat Idriss Deby Itno, Head of the Transition Military Council and President of Chad, and former President of Niger Republic, Mahamadou Issoufou.

Expressing the belief that ending terrorism and trans-border crimes in the region is achievable, President Buhari reiterated Nigeria’s commitment to bilateral as well as multilateral initiatives, with neighbouring partners such as  Niger, Chad and Cameroun, toward realising this objective.

On the launch of the French version of his biography, the President said it was his fervent hope that it ‘‘would serve as a clarion call to emerging leaders across Africa, and inspire them to always be guided by the core values of hard work, integrity and patriotism.’’

The Presidem stated that the lessons from the book should spur leaders to also work in accordance with the rule of law and constitutional constraints.

The Nigerian leader thanked President Bazoum for the honour bestowed on six Nigerians in August of this year, in recognition of their roles in strengthening the bonds between the two nations.

He described the relationship between Nigeria and Niger as a true one, characterised by shared history, values and tradition.

“No wonder our people are able to coexist peacefully across our shared border, which spans over 1500 kilometres, and we remain the best of brothers and neighbours.

‘‘It gives me great pleasure to note that President Bazoum has taken active steps to consolidate those fraternal bonds since assuming leadership in April last year.

‘‘Mr. President has undoubtedly championed the expansion of frontiers of cooperation between our two countries and fostered an environment of mutual trust, further underscoring the importance that Niger attaches to the strategic nature of our relations.

‘‘It is within this context that I find it auspicious that Mr. President dedicated time and resources to translate into the French language, a book chronicling my modest life,’’ the Nigerian leader said.

President Buhari also commended former President Issoufou for initiating the project and the incumbent for seeing to its completion and launching it.

‘‘There is no greater honour than when one’s life is considered worthy of emulation.

‘‘Your kindness translated through this gesture, is a further testament to the affinity that exists between our two peoples since time immemorial,’’ he said, expressing deep appreciation to the Nigerien President ‘‘for the enviable honour’’ bestowed on him in a profound way.

At the occasion, the President of Niger decorated four Nigerians for their roles in fostering excellent bilateral relations between both countries.