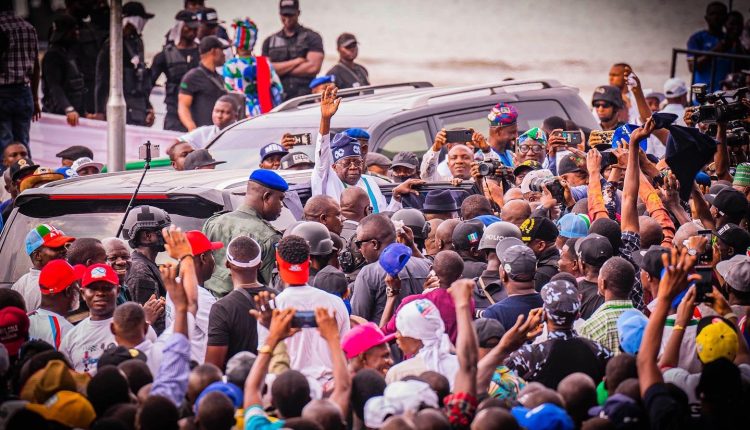 One of the major parties contesting for the presidential seat in Nigeria’s 2023 general elections, the All Progressives Congress (APC), on Thursday arrived in the oil-rich, riverine Bayelsa state, Southern Nigeria –  the latest in a series of campaigns.

As Nigeria prepares for its general elections in 2023, various political parties have been organizing campaigns across the country, announcing their manifestos. 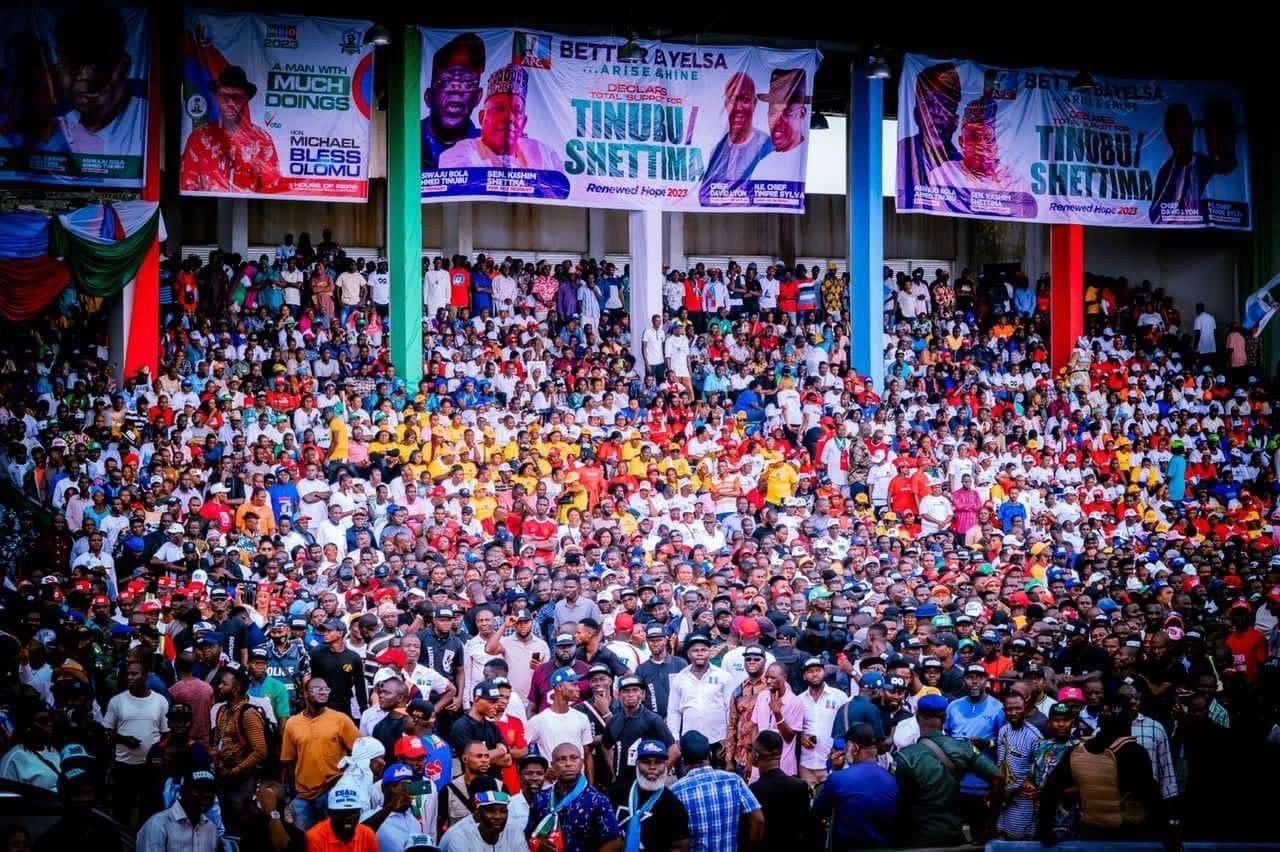 The APC presidential candidate, Asiwaju Bola Ahmed Tinubu, and his running mate, Kashim Shettima were welcomed by a teeming crowd of supporters.

Tinubu described the people of Bayelsa state as one of the most industrious.

He, however, lamented the state’s infrastructural underdevelopment despite its rich endowment with mineral resources.

The presidential aspirant blamed Bayelsa state’s past administrations under the platform of the opposition People’s Democratic Party (PDP), deriding them as a “Poverty Development Party”.

He decried the lack of drainage canals, as Bayelsa was hard hit by flood this year.

“They can not even build drainage canals, secondary and tertiary drainage to prevent you from soaking and dying in blood and flood.

“It’s about time you changed them.

“Coming from the Airport, we see gullies and valleys. No road, except one to get us here.

“Enough is enough! They lied to you too much!” he cried. 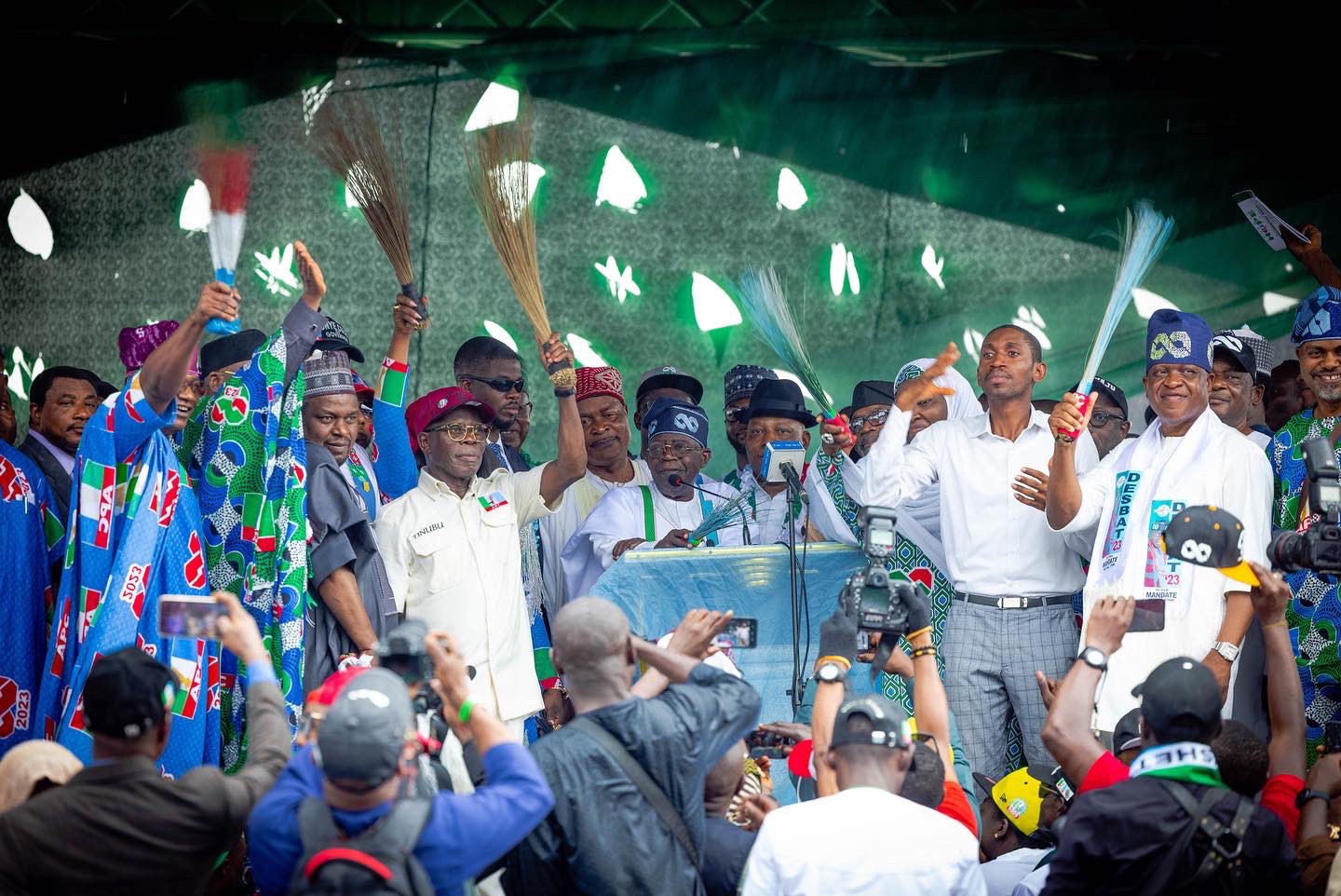 “No matter how much they cry inflation, we will bring it down.

“…I promise you broadband that will create thousands of expert employment.

“I promise you a technical up that will give you a link to the rest of the world.

“I promise you your houses will no longer be washed away with floods,” Tinubu bellowed.

Bayelsa state is situated in the oil-rich Niger Delta region of the country. Its economy is dominated by the petroleum industry.

Being a riverine state, it is also flood-prone when there is a heavy amount of rainfall.