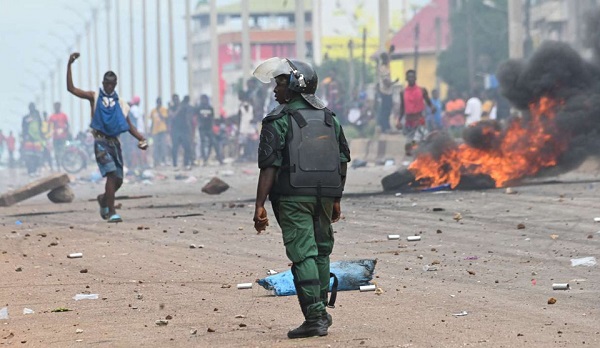 Protests in Guinea Kills One

At least one person has been killed in Guinea during a day of protests against the ruling military junta.

Reports from the capital, Conakry, say a teenage boy was shot dead by the security forces as the motorcade of the military leader, Col Mamady Doumbouya passed through the city.

However, the Police deny this.

Report says clashes broke out during the day, as demonstrators hurled stones at officers, who retaliated with tear gas, leading to the arrest of several people were arrested.

Guinea’s military, which seized power last September, has banned all demonstrations. It has pledged to move to civilian rule within three years.