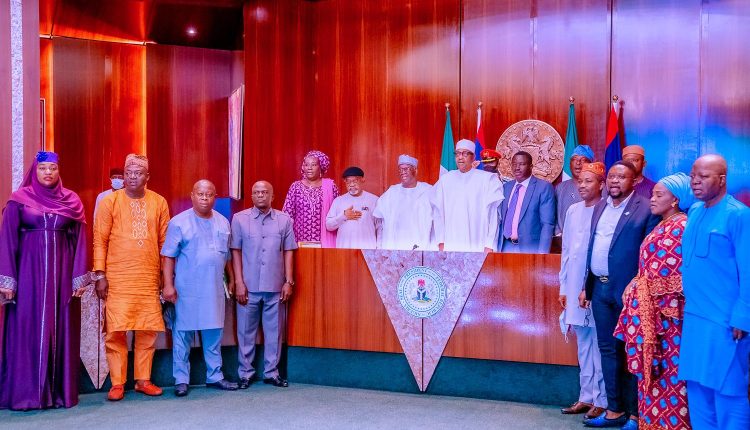 Nigeria’s President, Muhammadu Buhari says the public service remains the engine room of government and should attract the “Best and brightest’’ that will fuel policies with fresh ideas, while assuring that the Orosanye White Paper Report will be implemented, after review.

The President made the remark on Friday in an audience with the leadership of the Association of Senior Civil Servants of Nigeria. 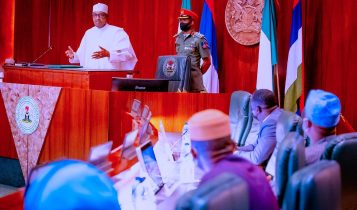 “I have directed that the Orosanye White Paper Report be subjected to immediate review to enable Government take the most appropriate decision on its general recommendation,’’ the President told the Central Working Committee of Association of Senior Civil Servants of Nigeria (ASCSN) at the State House.

“I am aware that the review is about to be completed. While some may complain about the length of time it has taken thus far, the outcome of the various review teams would lead to some fundamental changes in the structure of our Civil Service and as such it must be subjected to rigorous review and scrutiny before presentation and implementation.”

The President said that the Secretary to the Government of the Federation will submit the harmonized white paper once it has been concluded.

He assured that the administration remains focused on strengthening the service and ensuring it helps the government fulfil its objectives.

The President noted that the government understands the role of the Civil Service in policy formulation and implementation towards the provision of socio-economic and political benefits to our citizens. 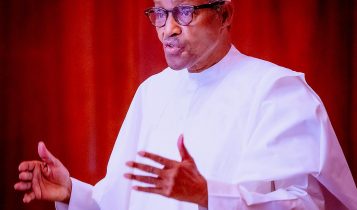 “This administration remains focused on strengthening the service and ensuring it helps the government fulfil its objectives. The Civil Service must not be seen as a dumping ground for job seekers, but must attract the best and the brightest who will contribute fresh ideas and a determination to solving our socio-economic problems,’’ the President added.

President Buhari appreciated civil servants for their role in realizing the targets of the administration.

“The role and importance of the Civil Service cannot be over-emphasized. A strong Civil Service is the bedrock on which good governance, policy execution and pathways for the delivery of democratic dividends can be achieved.

“I am further delighted to note your acknowledgement of the giant strides this administration has made since its inception in repositioning the Federal Civil Service for greater productivity and enhanced performance. I take note of the various milestone achievements you have listed which symbolizes our commitment to the Civil Service in spite of the many challenges that we encountered from the beginning of this journey,’’ he said.

On request for salary review for civil servants by the committee, the President acknowledged the urgent need for a general salary review in the Federal Public Service due to worldwide problems of high inflation amidst general economic disruption. 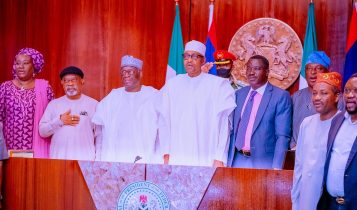 “However, I wish to urge you to appreciate the revenue constraints being presently faced by the Government which is caused mainly by the activities of unscrupulous citizens through the theft of our crude oil, a major contributor to our revenue base.

“This is compounded by the global economic downturn as a result of the ongoing Russian – Ukrainian war, which has led to price increases not just in the costs of goods and services globally, but also in the transportation of these goods and services across the globe.

“You are also aware of the enormous burden placed on our finances by the COVID-19 pandemic.

“Furthermore, let me note the significant investment we have had to make in security over the last seven years, which means other sectors of the economy have not been able to receive as much funding as we would have liked. Only when our country is secured, that we are able to proceed and take on other aspects of our economic challenges,’’ he added.

President Buhari explained that investment in security assets had been at a huge cost, after several decades of negligence. 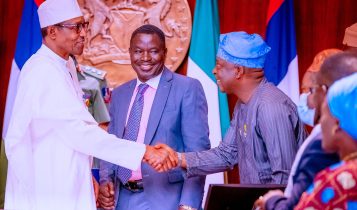 “However, my confidence in the Nigerian Armed forces is unshaken, and I have tasked the Chief of Defense Staff and his service chiefs to take the war to these criminals who have made life difficult for many Nigerians.

“Recent reports have shown the message is now being heard and the dividends of our seven years of investments are now maturing. I implore our forces to continue with the current effort and determination until we rid our land of these miscreants.

“I also wish to reiterate that we will not allow a few criminals to have unfettered access to the nation’s crude oil supply hence I have directed our security agencies to speedily bring to a halt the activities of these vandals in the Niger Delta,’’ the President noted.

President Buhari told the Central Working Committee of ASCSN that the request for restoration of the payment of gratuity to public service employees was one of the landmark provisions addressed in the 2004 Pension Reform Act.

“Therefore, implementing your request for the payment of a bulk sum of gratuity to retired civil servants would negate the intent and provisions of the Act.

“It should be acknowledged that a change in the implementation of the Act would require an amendment by the National Assembly. But more importantly, the Pension Reform Act is a better designed and robust system that allows for the safety of pensioners funds and its payment.’’

On the harmonization of salary in the Public Service, the President said a Committee was set up for that purpose, under the Minister of Finance which was still working.

According to President Buhari; “A report is being expected, to be submitted at the conclusion of its assignment, which would be studied for appropriate action.’’

The President said the Head of Service of the Federation had been directed to liaise with other relevant government agencies to see how the 2023 budget estimates can accommodate an increase in the budget of the Federal Government Staff Housing Loans Board.

“Let me thank you once more for this visit and to reassure you that this administration would not tolerate any policy that would destabilize the service. I, therefore, implore you to always acknowledge your very important role as the engine room of government no matter the political party that is in power. This is the main reason why you must remain non-partisan in the discharge of your duties,’’ he said.

The Minister of Labour and Employment, Dr Chris Ngige, said members of ASCSN had been supportive in actualizing programmes and policies of the administration, describing the leadership as mostly public servants that were vast in civil service procedure, “So when you negotiate with them it is easy and when you make the right point they know.’’

In his remarks, the President of ASCSN, Dr Tommy Okon, noted that the administration had been “Worker- friendly’’ with the implementation of far-reaching reforms, which include regular payment of salaries and allowances, increase in minimum wage, extension of retirement age for some workers, like teachers, and sustenance of the size of public service in spite of constraints of financing.

Okon called for an increase in salaries of civil servants, following increasing cost of living, restoring full payment of gratuity at retirement, harmonization of public service salaries and allowances, and increase in the budget of the National Housing Fund.

He said the increasing cost of living had made it difficult for many public servants to carry on in spite of the minimum wage review, advising that the benefits of all public servants should also be harmonized for fairness.

“There should be equal pay for jobs of equal value,’’ he added.

The President of ASCSN commended President Buhari for ensuring access and inclusivity in governance, noting that it was the first time the Association was meeting with a President of the country.