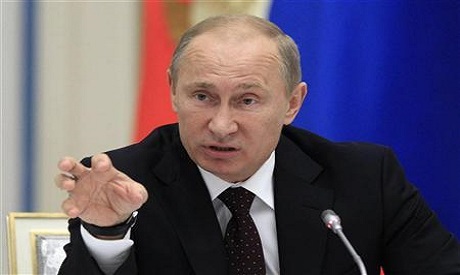 Russian President Vladimir Putin says he will expand the list of targets Russia will attack in Ukraine if Western countries send long-range weapons to Kyiv.

The warning came as explosions shook parts of Kyiv on Sunday in the first air strikes on the capital for weeks.

Most recently, the US announced it was sending the M142 High Mobility Artillery Rocket System (HIMARS), which fires precision-guided rockets that can hit targets up to 70km (45 miles) away – far further than the artillery Ukraine currently possesses.

White House officials say they agreed to provide the rockets only after gaining assurances from President Volodymyr Zelensky that they would not be used to attack targets inside Russia.

Germany also promised to send its most modern air defence system – the Iris-T – to enable Ukraine to shield an entire city from Russian air attacks.

In an interview on Russian state TV on Sunday, Mr Putin said: “In general, all this fuss about additional arms supplies, in my opinion, has only one goal – to drag out the armed conflict as long as possible.”

The Russian leader said what the US was supplying was “nothing new”.

But he warned against sending missiles with longer ranges: “If they are supplied, we will draw appropriate conclusions from this and use our weapons, of which we have enough, to strike at those targets that we are not striking yet.”

“We have already entered into a protracted war and we will need constant support. The West must understand that its help cannot be a one-time thing, but something that continues until our victory,” Hanna Malyar told local media.

Some of the fiercest fighting are currently in the eastern city of Severodonetsk. Capturing the city would deliver the Luhansk region to Russian forces and their local separatist allies, who also control much of neighbouring Donetsk. The two regions form the heavily industrial Donbas.

He said 15,000 people remained in the city, but evacuation was “currently impossible”.

President Volodymyr Zelensky said he visited Lyshchansk, the town which faces Severodonetsk across the Donets River, on Sunday as part of a new tour of the front lines which also took in Zaporizhzhia in the south.

“I am proud of everybody I met, everyone I shook hands with, everyone with whom I connected and had expressed my support,” he said in a video released by his press service.

According to separatists, he was killed on Sunday at the village of Mykolaivka in the Popasna area, near Severodonetsk. The Ukrainian military said it had fought off assaults in the area on Sunday, inflicting substantial losses.

Russian state TV said Kutuzov was the fourth Russian general to die in the Ukraine fighting, while Ukraine itself says it has killed as many as 12 Russian generals since the invasion began on 24 February.

Tens of thousands of people have been killed and millions forced to flee their homes, despite diplomatic efforts to bring about a ceasefire.