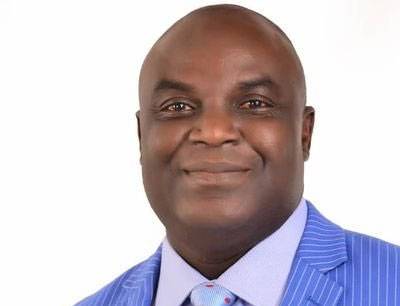 The Chairman of the Cross River State chapter of PFN, Dr Lawrence Ekwok made the call during a chat with newsmen in Calabar, the state capital.

Registration Deadline
Dr. Ekwok, who noted that with the new deadline for voters’ registration set at July 31, 2022, said the commission needed to complement the effort of PFN at mobilizing citizens by opening additional centres across the eighteen local government areas.

According to him, “this will enable more people participate in the registration exercise and easier for the elderly especially, who make the effort to come out for capturing.

“Many people had the notion that the INEC registration exercise was going to continue indefinitely. But, now that the case is in their favour, INEC has set a deadline, which is at the end of this month.

“Since we do not want our people to be disenfranchised, the PFN last month set aside Sunday June 26, 2022 as ‘PVC Sunday’ across all Pentecostal churches in Nigeria. On that day, I visited some churches and the message was the same. We are still on the drive, but we need INEC to complement our efforts by setting up more centres,” he stated.

Political Class
The PFN State Chairman further explained that in previous times Pentecostal leaders were concerned with praying for the political class rather than be involved in anointing kings resulting to devastating effects and untold hardship on the citizens.

Ekwok explained, “as pastors in the past, we felt we should restrict ourselves to praying for leaders only and only told our members casually to try and register and on election day, go out to vote their consciences. We have realized that we were not doing our complete job.

“If you study the bible, you would see that prophets anointed kings. For us in PFN, having seen what we have seen these past years, the heat is on pastors and churches. After Sunday service in many churches, a crowd stay back to see the pastors due to the challenges they face and I must say the matters are not for counselling.

“”So, we felt we should be more involved in the process of electing leaders, who can attend to the needs of the people. That way we can take responsibility and that way if the person is not doing well, we would call him to order. The reasons we look at these present leaders and allow them do what they are doing is because they know we did not have a part in putting them there,” the PFN chairman stated.

He added that Christian leaders were determined to be involved in the 2023 general election rather than exclude themselves from electing credible individuals to pilot the affairs of the country for the overall good of Nigerians.

“We are not going to pretend about it. We are voting for candidates. We are going to operate according to our convictions. We are not just going to decide who to vote for, but we are interacting with them. We do not want to act on sentiments, but on facts. We want to be sure what the facts are before we take a decision. We are not going to sit on the fence anymore,” he added.

The Independent National Electoral Commission had at an extraordinary meeting on Friday July 15, 2022 decided to suspend the ongoing Continuous Voter Registration, CVR on July 31st sequel to the Federal High Court judgement delivered on Wednesday July 13, 2022.

“We Were Transparent in Picking Our Presidential Candidate”- President Buhari