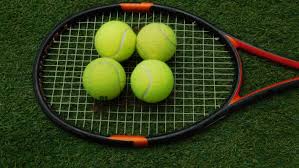 The 2022 Lagos Tennis Cup has been moved forward by a week due to anticipated rainfall this week.

Organisers of the competition, Tennis Management Company Limited (TMCL) said in a statement yesterday that the tournament will now hold from October 4 to October 9.

The Lagos Tennis Cup, in its second edition, is scheduled to be played at the prestigious Lagos Lawn Tennis Club, Onikan, and will feature the country’s top eight men and women’s players on the official rankings of the Nigerian Tennis Federation.

TMCL apologised for the change in date, explaining that the weekend of September 30, which would have been the climax of the tournament, would suffer enough rainfall to disrupt the men and women’s finals.

“Due to expected heavy rains especially on the weekend of the finals, we have made the difficult decision to postpone the 2022 Lagos Tennis Cup by a week,” the company tweeted on Sunday.

“Being an outdoor event, we were concerned that the rains would seriously disrupt play and affect your overall experience.

“The tournament will now begin on Tuesday, October 4 and end on October 9 at the same venue – the Lagos Lawn Tennis Club, Onikan.

“We regret the inconveniences to you, and to our sponsors and the players,” the statement said.