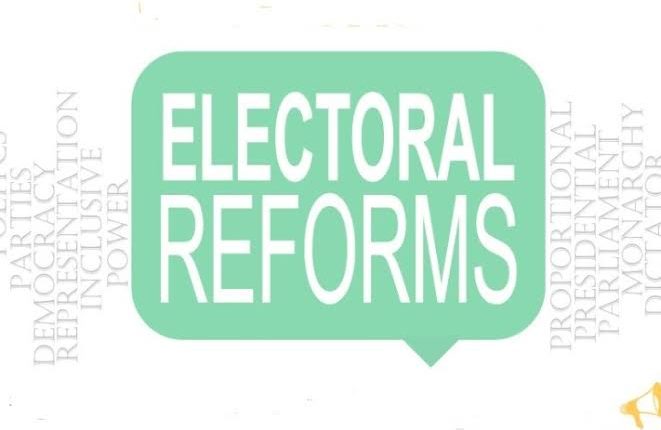 In February 2023, Nigeria, Africa’s most populous nation will be going to the polls to elect a new President and members of the Country’s Parliament. This will be followed in March 2023 by elections into the 36 State Houses of Assembly and 28 Gubernatorial elections.

Already, there is so much anticipation and excitement among the populace ahead of the general election, following the lifting of the ban on open political campaigns from the 28th of September, 2022.

The 2023 elections in Nigeria will be conducted using a new electoral law, giving confidence to Nigerians that they will be credible, free and fair.

Since democracy is a government of the people by the people, all advanced democracies take on the important task of electoral reforms with all seriousness, so as to guaranty the freedom to make informed choices from the numerous candidates who put themselves forward to be elected.

The new electoral law in Nigeria comes with a lot of innovations and is technologically driven, ostensibly revolutionising elections process in the country to increase its integrity.

The Independent Electoral Commission, INEC, the electoral umpire in Nigeria, has introduced the Bimodal Voter Accreditation System (BVAS) an electronic device designed to read Permanent Voter Cards (PVCs) and authenticate voters – using the voters’ fingerprints – in order to prove that they are eligible to vote at a particular polling unit.

BVAS usage entails either scanning the barcode/QR code on the Permanent Voters Card-PVC in the Voter’s register or entering the last six digits of the Voter Identity Number or typing in the last name of the voter by the Assistant Presiding Officer to verify and authenticate the voter.

According to the INEC Chairman, Professor Mahmud Yakubu, the compact device was intended to achieve two objectives. First, verification of the genuineness of the PVCs and the fingerprint or facial authentication of voters during accreditation. Secondly, it will replace the Z-pad for uploading the polling unit results to the INEC Result Viewing Portal (IReV) in real-time on election day. BVAS also acts as the INEC Voter Enrolment Device (IVED) during voter registration. Its usage has also eliminated the use of incident forms during accreditation on an election day.

It could be said that the introduction of the Bimodal Verification and Accreditation Systems has increased tremendously, the voting confidence of the electorate.

These and many other aspects of the new electoral law are intended to ensure a free, fair and credible electoral process and deepen the nation’s democracy.

However, a lot still needs to be done in the long-term to improve the quality and depth of elections in Nigeria. Issues such as vote-buying and intimidation of voters on election day need to be addressed holistically, as they could erode the gains recorded by the electoral umpire in the country.

Similarly, a functional electoral system that offers citizens political alternatives, allows them to make informed decisions, express their preferences, increase citizen’s political knowledge, sharpen public debate and push contesting candidates to account for their ideas and their personal record, must be put in place. The free exchange of ideas and information through political party campaigns, the media and groups within civil society organisations must also be encouraged for a more egalitarian society.

Furthermore, the enforcement of existing legislation on campaign finance which seeks to regulate the funding of political parties, the ban on the use of state resources for political, personal or campaign purposes, as well as the regulation and strict enforcement of the provision of equal airtime and media space to all political parties and candidates, should be adhered to.

Political elites also have a pivotal role in the electoral reform process by distancing themselves from misconduct and the mutual mistrust among politicians and parties.

Intrinsically, steps must be taken to bring about the development of a political culture that is more supportive of democratic norms and practices, equity, justice, accountability and transparency, to deepen and sustain Nigeria’s democracy going forward.