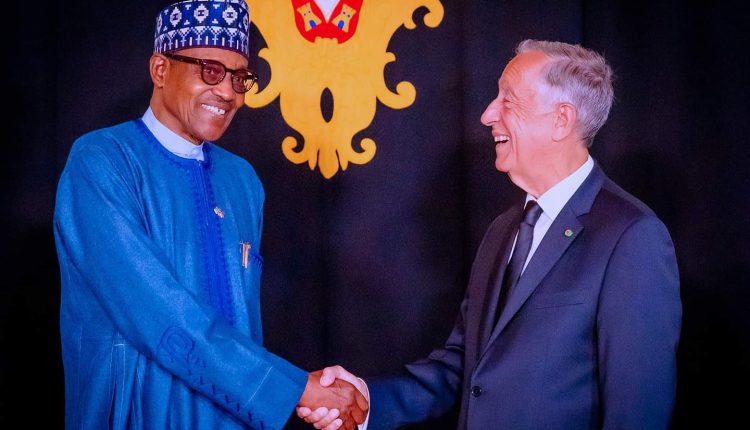 President Muhammadu Buhari has expressed appreciation to Portugal for the deployment of weapons and training of military personnel in ensuring peace in West and Central Africa.

Speaking at a State Dinner in National Palace Ajuda, Lisbon, the Portuguese capital on Thursday night, the President commended his host, President Marcelo Rebelo de Sousa for deploying troops for peacekeeping in the Central African Republic, monitoring political developments and providing assistance to some countries in Africa, including Equatorial Guinea, Cape Verde and Mozambique.

President Buhari said at the dinner attended by the President of the Portuguese National Assembly, Augusto Santos Silva, and Prime Minister Antonio Costa, that the Nigerian Government has made it a priority to tackle the issue of insecurity in Nigeria, the ECOWAS, and the Sahel.

He added that this would not have been successful without regional and global partners. 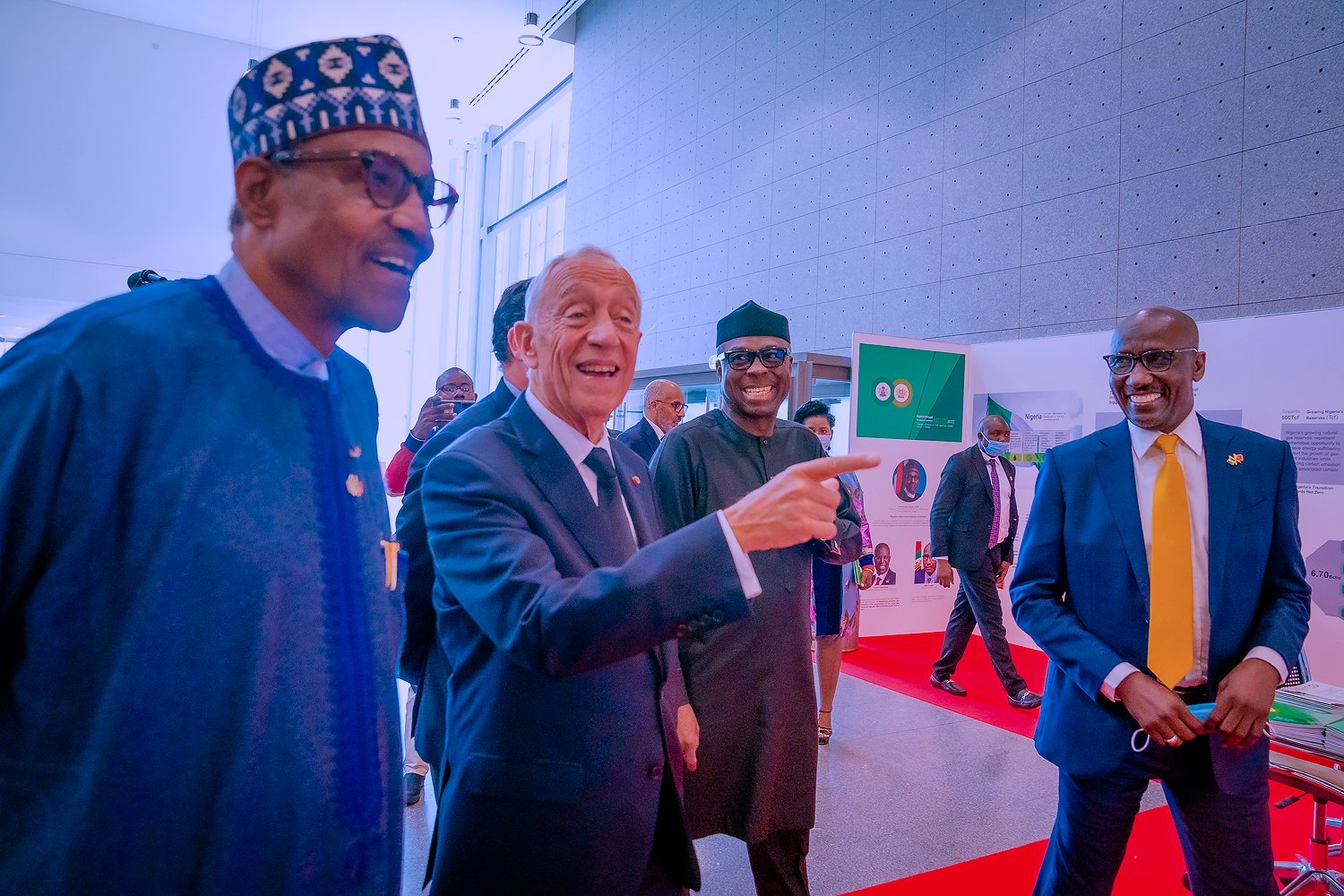 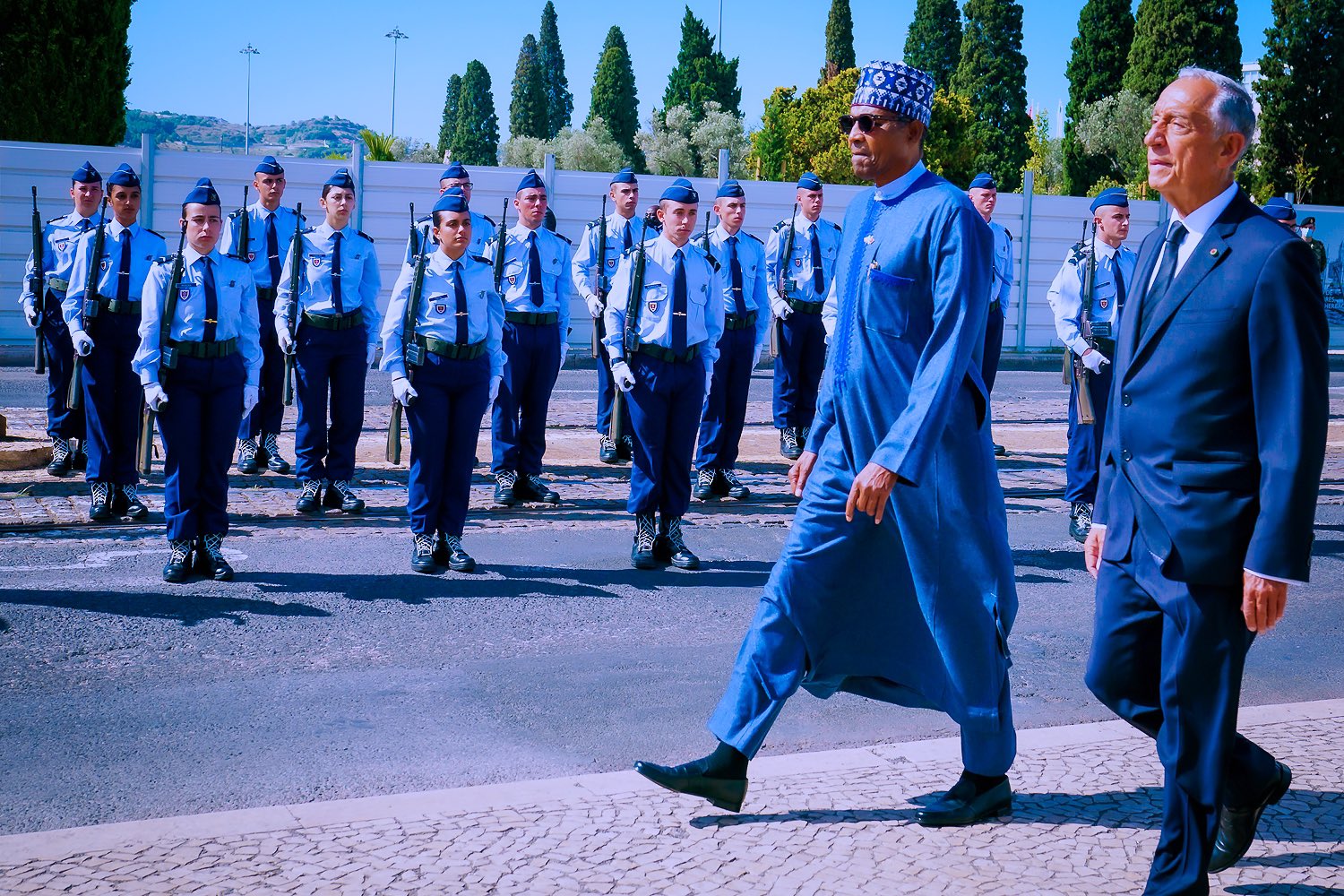 ‘‘The boko haram insurgency in the North-eastern part of Nigeria is being tackled through the efforts of government, as well as the Multinational Joint Task Force (MJTF) of member countries,’’ he said.

President Buhari expressed optimism that his State Visit would further strengthen the goodwill and collaboration between the two countries.

He noted that the establishment of a Joint Commission, which is one of the main priorities of the visit, would further promote the full realization of the objectives of bilateral relations, achieving concrete, specific and viable projects and programmes for the benefit of citizens of the two countries.

‘‘Today, Portugal imports about 60 percent of its gas from Nigeria which makes it our second-largest market in Europe. There is still more that can be achieved between the two countries, especially with the current Russia-Ukraine war which has disrupted steady gas supplies to Europe.

‘‘Furthermore, Nigeria wants to see trade diversified to non-oil products such as agriculture, power projects, renewable energy and pharmaceuticals where a lot could be achieved,’’ he said.

The President emphasized the need to revive the Bilateral Air Services Agreement (BASA) and finalize all pending bilateral agreements so as to boost economic activities and movement of people between the two countries.

President Buhari described Nigeria as one of the most attractive destinations for investment in Africa, adding that his Government is prioritizing building a business-friendly environment.

‘‘Nigeria is part of the African Continental Free Trade Area (AFCFTA) – the largest free trade area in the world. With a population of over 200 million mainly young men and women, Nigeria is a natural and attractive hub for foreign investment and one-stop market access to over 50 countries,’’ he added.

The Nigerian leader welcomed the Business Forum organized during the visit and the signing of many Memoranda of Understanding between the two countries’ investment promotion agencies and chambers of commerce.

He described the signing of the agreements ‘‘as excellent foundations for increased bilateral trade.’’

President Buhari also commended his Portuguese counterpart for extending his country’s engagement with Africa and African issues beyond Lusophone countries.

‘‘In that context, I wish to remind us that in addition to giving our former capital, Lagos, its name, the Portuguese were the first Europeans to arrive in what later became Nigeria, even before the British.

‘‘During that time, the Benin Kingdom had diplomatic relations with the Kingdom of Portugal. The bodyguards of the Oba of Benin were sent from Portugal.

‘‘Today, there are streets in some states in Nigeria that still bear Portuguese names. This shows a strong bond that has endured a long time between our two countries,’’ President Buhari said.