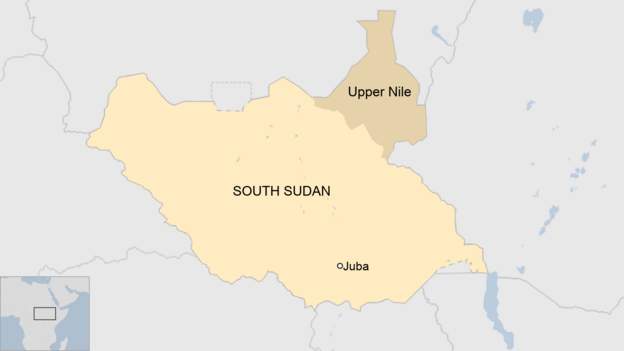 The Religious leaders in South Sudan have called on parties involved in conflict within the oil-producing Upper Nile State of the north of the country to implement a ceasefire amid escalating hostilities.

Report says there are growing concerns that the renewed fighting might derail the implementation of the revitalised peace agreement, which was signed in September 2018 to end a five-year civil war.

There are also fears that the fighting could cause a humanitarian catastrophe in the region.

Meanwhile, the ceasefire monitoring body says the violence began in mid-November when tensions started building up between rival groups.

Chairman of the interdenominational Upper Nile Initiative for Peace and Reconciliation, Father Paolino Deng said that heavy weaponry was being used by tribal youth in the ongoing hostilities.

“We pastors of different churches regret the tragic violent deaths and displacement of so many innocent people, especially women, children, and elderly caused by the tension in Upper Nile State,

“At the same time, we condemn and reject such a senseless and unnecessary war amongst people of one nation who were supposed to be living in peace and harmony,” he said.

He urged President Salva Kiir, First Vice-President, Riek Machar, and all parties to the peace agreement to take immediate action to stop the fighting in Upper Nile State.