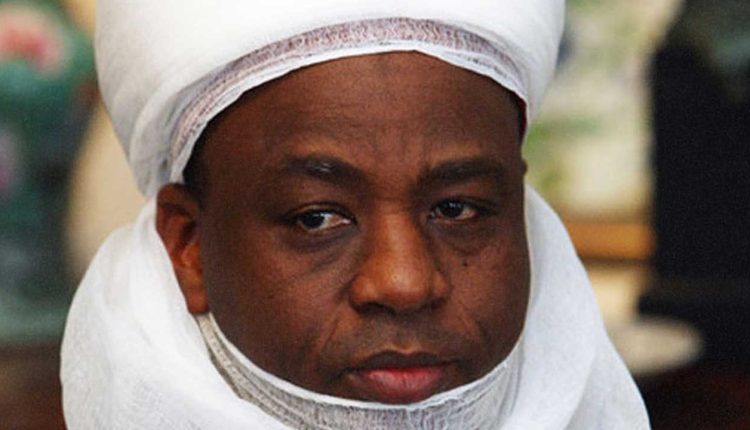 The Sultan of Sokoto, His eminence, Alhaji Sa’ad Abubakar III has called on Nigerians to believe the words of President Muhammadu Buhari in ensuring a peaceful and credible election in 2023.

The Sultan also urged Nigerians to allay all the fears that the 2023 elections may make or mar Nigeria.

The Sultan stated this at the 2022 4th Quarter meeting of the Nigeria Inter-Religious Council, (NIREC), with the theme, “Peaceful and credible elections for national renaissance”, in Abuja.

The royal father who is also the Co-Chairman of the meeting charged politicians and the electorate to go out and campaign peacefully, elect the leader of their choice and leave the rest to the almighty Allah.

“We should not and must not play to the hands of those enemies of Nigeria who keep on parading or bringing up such issues saying this is the election that will decide the fate of this country, and only Allah decides the fate of this country and any other country. Let us not play into their hands. Let us go out campaigning peacefully. And whenever the elections come up, we will elect who we think is best for us and we leave the rest to Almighty Allah.

Those countries that keep on saying these things, have their own very serious problems, but their systems work to some extent. So, if our systems work, we will be better off. I affirm my belief that Nigeria is much better than so many of these countries. The 2023 elections are just another exercise in which people will go out and vote for whom they want and at the end of it, INEC will announce who the winner is.”

Meanwhile, the President of the Christian Association of Nigeria, (CAN) Daniel Okoh said serious questions and doubts were still being raised about the country’s capacity and political will to conduct free, fair, credible and peaceful elections next year.

He said since independence in 1960, violence and electoral irregularities had become constant features of the process of electing the country’s leaders and the most worrisome point was always the number of deaths often recorded in the process.

The cleric said for Nigerians to have peaceful election, the citizens must collectively resolve to deal with the culture of impunity that places the political class above the law and deprives the ordinary citizens of their legitimate rights.

“As a faith leader, I am convinced that this ugly history of pre-or post-electoral violence will not be repeated if we all decide to halt the trend through strategic conversation that appeals to the conscience of the political class like we are doing here today.  Unbridled ambition and cut-throat competition among Nigerian politicians is a major part of the problem. Even people with no coherent political ideology and development agenda of any kind also engage in do-or die politics. The other issue is the lack of transparency in the electoral process, and the ungodly alliance of some security agents with the political class to subvert the process and confer undue advantage on one political party against the others. All this make the process tense, frightening and disenfranchising to the weak and feeble minded”.

Other issues the CAN President identified as requiring attention included hate campaign speeches by politicians that paint the opposition in a derogatory and defamatory language in a bid to make them unacceptable to the voting public.

At the event, the Secretary to the Government of the Federation, Boss Mustapha, assured Nigerians that the forthcoming elections would be conducted in a peaceful and credible manner.

Mustapha said the 2023 general elections should not be seen as a do or die affair but rather a peaceful one in order to reflect the rebirth of the nation.

“At this critical period of active political activities, the leadership of NIREC are expected to be apolitical in any of their dealings and should be father for all regardless. More also, the Council’s leadership should ensure that they sue for peace among their followers by ensuring their sermons in all worship centers are tailored towards peace in pre, during and post-election period”.