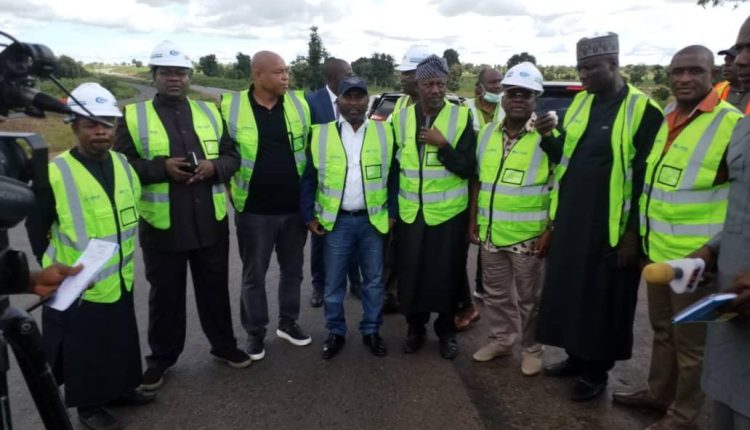 Nigeria’s House of Representatives Committee on Works has told the Ministry of Works as well as the Contractor handling the Abuja–Keffi–Lafia–Makurdi Road Project that it will make sure that the country and its citizens get good value for their money.

The Committee Chairman, Abubakar Kabir Abubakar stated this when he led members of the Committee on an oversight tour to inspect the ongoing project. 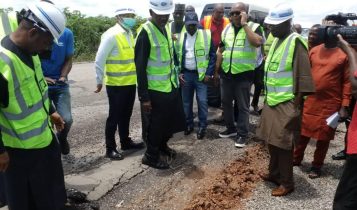 He insisted that the job must be delivered according to the stipulated timeline of April 2023, with an emphasis on quality.

The inspection tour which took off from the Kugbo end of the 4.5km reconstruction and expansion of the A-Y-A–Nyanya and ending at the boundary between Abuja and Nasarawa State saw members of the Committee, many of whom are seasoned hands in the civil engineering profession asked critical questions regarding the design, quality of materials and the width of the lanes and shoulder, as well as the thickness of the road.

The Committee proceeded to the Keffi–Akwanga section of the project at kilometre 19 between Gudi village and Akwanga, where lawmakers reiterated the need no ensure that every kobo appropriated is well accounted for through the quality of the job to be delivered.

They asked why the project was being done in an un-uniform manner with some sections jumping over and continuing ahead. 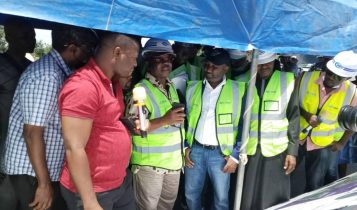 At this point, Engineer Henry Usor, an official from the Road Sector Development Unit of the Federal Ministry of Works explained that compensation issues were responsible for such staggered implementation.

He explained that the Ministry only takes charge of portions on which compensations had been paid and ask the Contractor to commence work, adding that building and commercial facilities such as fuel stations can only be demolished after compensation issues are settled.

Engr. Usor assured the lawmakers that whatever issues and observations raised by the Committee on the job done so far would be noted and corrections ensured by the Contractor before the project is taken over by the Ministry.

According to him, the project has an entire length of 454 km and is being handled, by the China Harbour Engineering Company (CHEC), adding that 39km of ashfalt work has been achieved with a total work rate of 72 percent done.

Speaking to Journalists after the inspection on the outskirts of Lafia, the Nasarawa State capital, Chairman Abubakar Kabir said the project, which cost about $542 million, is counter-funded by the China Exim Bank as well as the Chinese and Nigerian Governments. 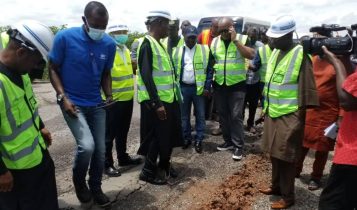 He said the Chinese were contributing 85 percent of the funding, while Nigeria completed the remaining 15 percent.

The Committee Chairman insisted that there must be no compromise on the quality of the job that would be delivered at the end of the project, adding that the job done must be commensurate to the money spent.

“There should be no compromise in terms of quality, standard and time delivery. I said this because we made adequate budgetary provisions for this project in the 2022 appropriation, so there should be no excuse as to why the work would be delayed any further.

“The 2023 budget will come in any moment from now, and this oversight is necessary for us to know how what was allocated last year was utilised for us to determine what’s needed and how to give approval,” he said.

The Ministry of Works through Engr. Usor assured them that the project would be delivered within the stipulated time.

“The job would be completed in record time, going by the progress we have achieved so far. I believe we should be able to complete it by the time we come to the end of the project duration in April 2023,” he stated.

He said when completed, the road would cut down travel time and reduce accidents.

“When completed, it would have a lot of advantages. If you are moving from Abuja to the southeast and southern part of the country, this would be a better option for you to take through.”

He said the project was awarded in 2017 but work started in 2019, because of its engineering, procurement and construction component.

“So you award and do the procurement and do the design and then before you start the actual physical construction,” he said.

He assured the Committee that before the road would be handed over for usage next year in good condition.

The Project Manager, Li Qaingqiang, also assured them the project would be completed in April 2023.

He said that when the road is completed it will greatly reduce the accident rate and create safe travel conditions for residents along the route.

Qaingqiang added that the project would create at least 3,000 jobs, which is conducive to stimulating investment and consumption along the project corridor.

“We are targeting to complete the project by April 2023 with sufficient budget allocation next year and we would ensure the road is in proper condition before it is handed over,” he added.