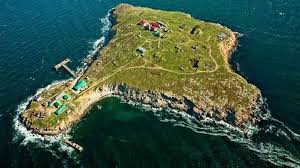 Russian forces have withdrawn from Snake Island off Ukraine’s coast in the Black Sea as a “gesture of goodwill,” the country’s defence ministry says.

The ministry said “the move showed Russia is not impeding United Nations efforts” to organise a ‘humanitarian corridor’ to export agricultural products out of Ukraine.

Ukraine and its Western allies have accused Russia of ‘blockading’ Ukrainian ports to prevent the export of the country’s grain, contributing to a “mounting global food crisis.”

Snake Island, which Russia occupied on the first day of its invasion, achieved worldwide fame when Ukrainian border guards stationed there “rejected a Russian warship’s demand for their surrender.”