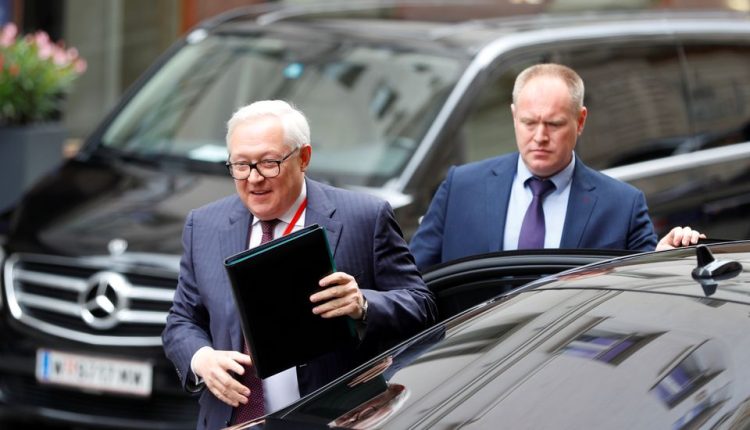 Moscow has repeatedly complained that “Western military support for Ukraine is dragging out the conflict,” now in its 10th month, while risking a possible direct confrontation between Russia and the West.

“We are sending signals to the Americans that their line of escalation and ever deeper involvement in this conflict is fraught with dire consequences. The risks are growing,” the Interfax news agency quoted Ryabkov as saying.

Kyiv and the West say Russia is to blame for any further escalation following what they say was Moscow’s unprovoked invasion of Ukraine on Feb. 24, ongoing occupation of Ukrainian territory, and thinly veiled nuclear threats.

Ryabkov was cited as saying that there was no dialogue between Washington and Moscow, but that the two sides “periodically exchange signals.”

He was not aware of any contact through a specific U.S.-Russia military hot line installed at the start of what Moscow calls “a special military operation,” he said.

A U.S. official, says earlier on Tuesday that a special “deconfliction” line between the Russian and U.S. militaries had been used once since the start of the war.

“I am not aware of any deconfliction channel in relation to what is happening in Ukraine … We do not have any dialogue with the United States on the Ukraine topic because our positions are radically different,” Ryabkov was cited as saying.