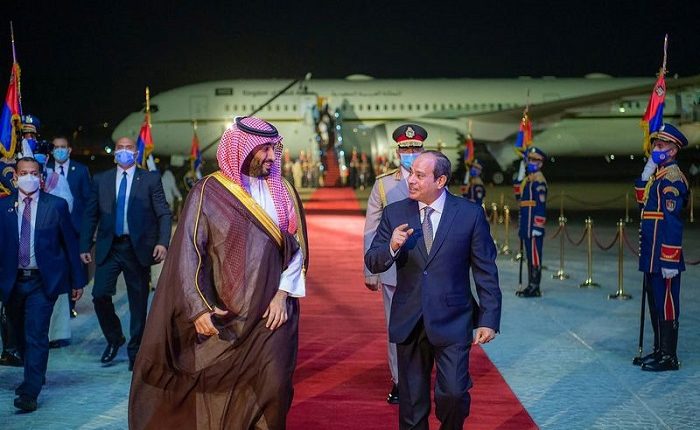 The prince’s trip comes ahead of next month’s visit to the region by U.S.

President Joe Biden is expected to meet Arab leaders in Saudi Arabia after a visit to Israel, with the Ukraine conflict and regional security on the agenda.

Bilateral Cooperation
Prince Mohammed, known as MBS, would hold talks with the leaders of Egypt, Jordan, and Turkey on strengthening bilateral cooperation and matters of joint interest.

Report says MBS and Egyptian President Abdel al-Sisi would discuss issues including the impact of the Ukraine war and alignment of the Saudi and Egyptian positions ahead of Biden’s trip to the region in mid-July.

Financial support
Saudi Arabia has provided billions of dollars in financial support to Egypt since Mr. Al-sisi came to power, and its sovereign wealth is expected to announce investments as Cairo struggles with the economic knock-on effect of the Ukraine war.

On Tuesday, the prince is expected to head to Amman for talks with King Abdullah to improve ties strained by ‘regional rivalries’ and unfulfilled Saudi pledges to shore up Jordan’s struggling economy, diplomats and sources with knowledge of the plans said.

It is the prince’s first tour outside the Gulf since the 2018 murder of Saudi journalist Jamal Khashoggi and the COVID-19 pandemic. MBS visited Egypt in 2018 and Japan in 2019.

Khashoggi’s killing at the Saudi consulate in Istanbul had strained the kingdom’s ties with Washington and Ankara.

Biden said on Friday he was not traveling to Saudi Arabia explicitly to meet MBS but was seeing the crown prince as part of a broader “international meeting” expected to include leaders from Gulf Arab states, Jordan, Egypt, and Iraq.

Meanwhile, Turkish President Tayyip Erdogan has moved to mend ties with Riyadh, by dropping a Turkish trial over Khashoggi’s killing.

Erdogan, who visited the kingdom in April in the first high-level trip in years, said he would host Prince Mohammed on Wednesday.

According to a senior Turkish official “A new era would begin and there would be full normalisation. Within the scope of the visit, some agreements will be signed in the fields of energy, economy, and security.”