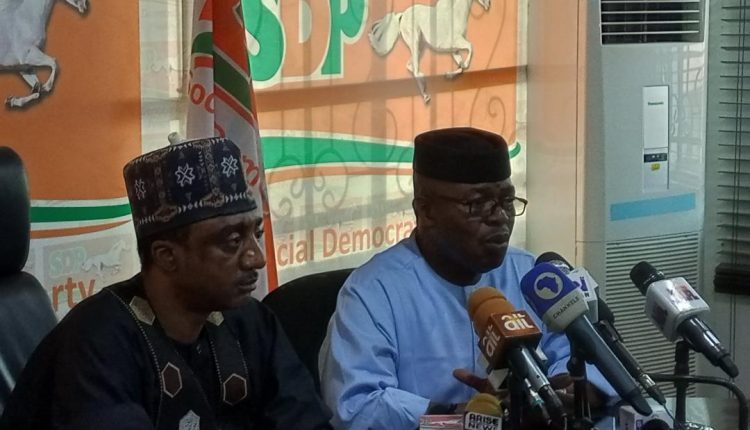 The Social Democratic Party SDP has rejected the outcome of the 2022 Ekiti State gubernatorial election in Ekiti State, calling for more voters’ awareness against vote-buying.

The Party said it would challenge the outcome of the election in court.

The National Chairman of the SDP, Shehu Gabam stated in Abuja, that Nigerian President Muhammadu Buhari has compromised his promise of conducting a free fair and credible election in the country.

The SDP National Chairman made the call during a press statement at the party’s National Secretariat in Abuja Nigeria’s capital adding that he was dismayed with the outcome of the election which was marred by vote-buying to induce voters and ballot snatching.

He called for more sanity in the electoral process to ensure credible elections in the country.

Also speaking at the SDP’s national secretariat, the SDP governorship flag bearer in just concluded Ekiti State Governorship, Mr Segun Oni said he is supporting the discussion of his party to take legal action in challenging the election.

FCTA to Prosecute Developers Responsible For Obstruction Of Waterways