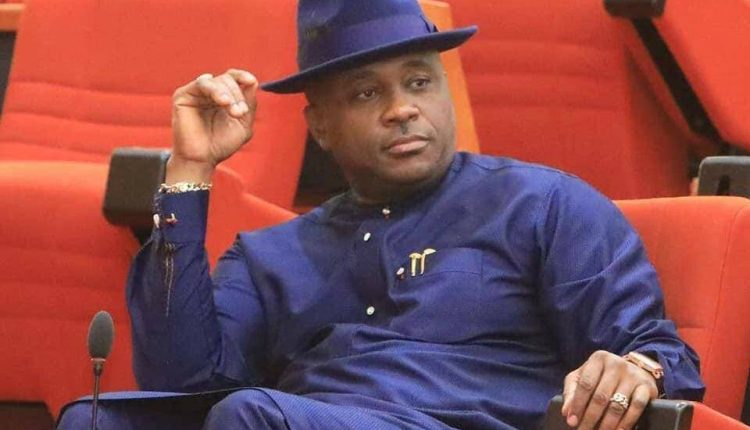 This occurred barely a week after the former gubernatorial candidate of the Party, Pastor Andy Nyenime, officially withdrew from the race.

A move that led to a fresh primary, in line with the 2022 Electoral Act guidelines as amended and monitored by the Independent Electoral Commission (INEC) in the State.

Adopting option A4, delegates across the 31 Local Government areas of the State queued behind Senator Akpan and affirmed his candidature.

At the end of a peaceful exercise, the National Secretary of YPP, Barr Vidiyeno Bamaiyi, announced OBA as the contest winner, decorated him with the Party’s regalia for candidates, and gave him a Certificate of Return.

In his acceptance speech, an elated Senator Akpan promised not to disappoint his family, teeming supporters, the Party, and the entire State as the YPP gubernatorial candidate.

He assured the people that with the “3R mandate he has set for himself, which means to Recover Akwa Ibom State from bad governance, Reconcile the State with God, and Reposition it for prosperity, he would be one of the best governors in Akwa Ibom has ever had when he wins at the poll, next year.”

Senator Akpan, who is the chairman Senate Committee on Petroleum Resources (Upstream), thanked the party faithfuls and his teeming supporters for what he described as the “overwhelming confidence” reposed in him to lead Akwa Ibom and transform it into a land of prosperity, peace, and justice for all.

Aside from INEC, the fresh primary was also witnessed by the national and State officers of YPP, other leaders and members of Akwa UbokAbasi Campaign Organisation–his campaign structure, family members, friends, and associates from across party lines in the State.