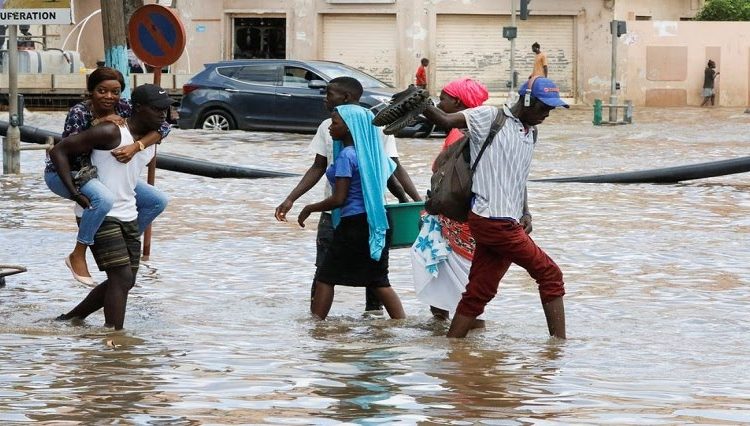 At least one person was killed and one severely wounded after torrential rain caused intense flooding in Senegal’s capital, Dakar.

The police officer disclosed this stating that unusual heavy downpours hit the city for the second time in less than a month, sending brown, knee-deep water gushing down streets and grid-locking traffic.

Another person was rescued in serious condition and taken to hospital, he said.

Rain typically falls in intense bursts during Senegal’s rainy season, which runs from July to October.

Flooding is a regular occurrence during this period in Dakar, but deaths are relatively rare, particularly in more well-off parts of the capital. Senegal is a semi-arid country where sandy roads and flat-roofed houses are poorly equipped for rain.

Downpours have been particularly strong in recent weeks.

Similar scenes unfolded in Dakar on July 20, when 84 millimetres (3.3 inches) of rain were recorded in the space of two hours, according to the national civil aviation and meteorological agency (ANACIM).