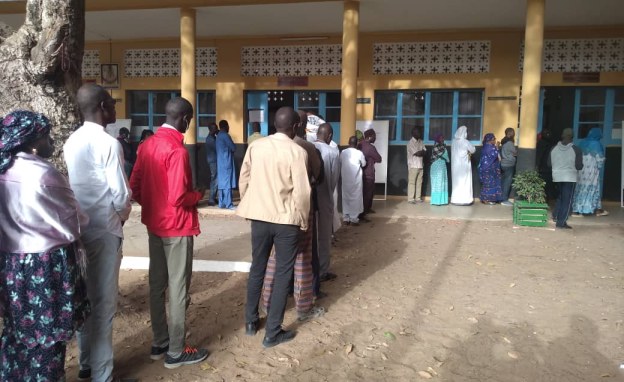 Senegalese President Macky Sall’s coalition has lost its absolute majority in parliament but finished first by a narrow margin in parliamentary polls.

The provisional results showed on Thursday.

His coalition won 82 seats of the National Assembly’s 165, while the opposition alliance nabbed 80 in total in the election on Sunday, the national commission in charge of counting votes said.

This is the first time since the historically stable West African country’s independence in 1960 that the ruling party’s camp has lost that majority and will have to rely on other forces in parliament to pass legislation.

The president’s coalition, which includes his party Alliance for the Republic (APR) and other parties, won 82 seats of the National Assembly’s 165, the national vote-counting commission said, down from the 125 it won in 2017.

Opposition parties had already begun gaining momentum in municipal elections in January, when they won major cities including the capital Dakar, Ziguinchor in the south and Thies in the west.

In Sunday’s election, they gained 80 in total in the single-chamber parliament.

Three other seats were won by three small coalitions, who could serve as kingmakers.

The final figures are to be published by the country’s highest court within five days of the announcement, if no parties appeal the results.

For Sall, who has been accused by the opposition of wanting to break the two-term limit and run for president again in 2024, the disappointing legislative results could curb any such ambitions.

The president, who was elected in 2012 for seven years and re-elected in 2019 for five years, has so far remained vague about his future plans.

He has, however, promised to appoint a prime minister a position he abolished in 2019 and reinstated in December 2021 from the winning party of Sunday’s election.