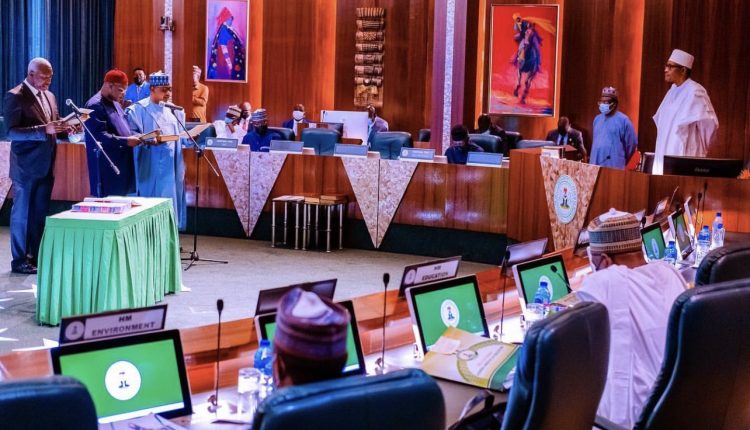 President Muhammadu Buhari has charged the newly appointed Ministers to serve the nation diligently, maintain unalloyed loyalty to the country and office of the President.

The President also announced the reassignment of portfolios in his cabinet, saying the new redeployment is aimed at reinvigorating certain sectors where the government desires to accomplish improved results.

President Buhari urged the newest members of his cabinet to consult and collaborate with older cabinet colleagues and focus on driving key programmes already initiated by this administration.

He also warned all members of the cabinet against corrupt practices, reiterating that public officers must be above board and those caught in corrupt practices would face the full wrath of the law. 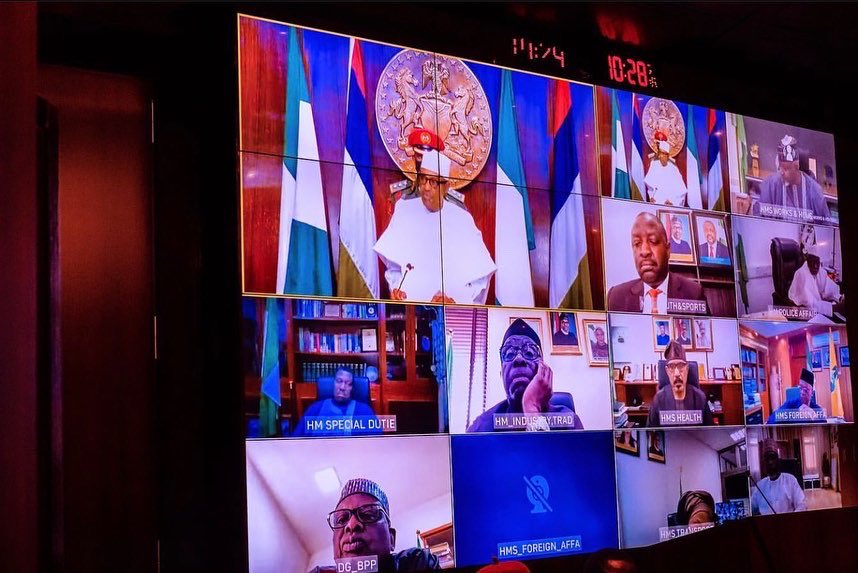 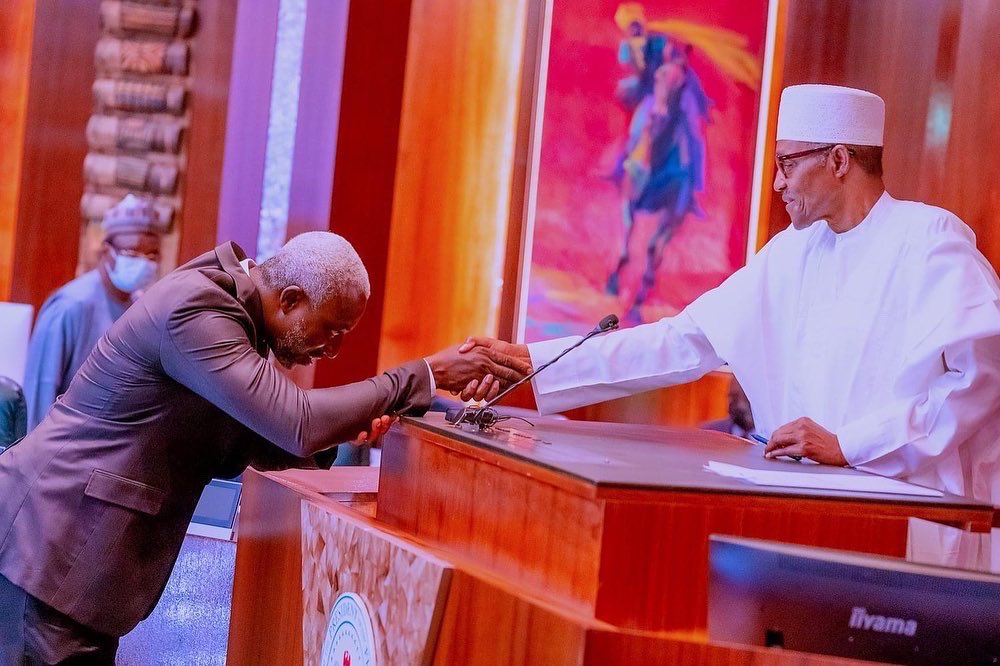 He said: ‘‘I begin this address by welcoming on board, all newly sworn-in members of the Federal Executive Council. I also congratulate you because the process that you all passed through to reach this stage has been rigorous and meticulous.

‘‘The appointment of these new Ministers is in line with the provisions of the 1999 Constitution of the Federal Republic of Nigeria which prescribes that the Federal Executive Council shall be made up of members from every state of the Federation.

‘‘I therefore urge you to consider your emergence out of millions of equally qualified Nigerians within the purview of selection from your State, as a call to duty which imposes the obligation to serve the nation diligently and presents to you the unique opportunity to work hard in service to the Government and the country.

‘‘At the valedictory session for six former Ministers that departed to pursue other political careers, I promised that their replacement shall be a matter of priority so that the business of governance would not experience delays or setbacks.

‘‘This administration has been in the saddle since 2015 and is now on the home-stretch of its second term, as the nation prepares for the 2023 general elections. All through, it has vigorously pursued the three main electoral objectives namely: Securing the nation; Diversifying & growing the economy as well as fighting corruption.

‘‘You are all coming on-board at this time with new energy, ideas, experiences and vigour, to join the existing team so that the implementation of policies, programs and projects associated with these electoral objectives would be escalated and accelerated.

‘‘There is still so much to be done for our country in the areas of infrastructure development, energy, access to finance, access to justice, technology and innovation, trade, agriculture, education and security. The list is inexhaustible.’’

The President urged the newly appointed ministers to be conscious that time is of the essence as they assume office.

‘‘As I assign you portfolios, therefore, I expect you to carefully study your sectors, take wise counsel, reach out to key stakeholders, consult and collaborate with older cabinet colleagues and focus on driving key programs already initiated by this administration. Above all, be loyal to your President and your country,’’ he said.

Underscoring the need for the old and new members of his Cabinet to work with common objectives of leaving indelible legacies for Nigerians and ending strongly with verifiable accomplishments, the President warned:

‘‘You must resist bad counsel, resist temptation and be circumspect in your utterances and conduct. You must totally eschew corruption and be above board because if caught there will be no sacred cows.’’

The President told the newly appointed ministers to await further communication on their appropriate Ministerial Mandates from the Secretary to the Government of the Federation.