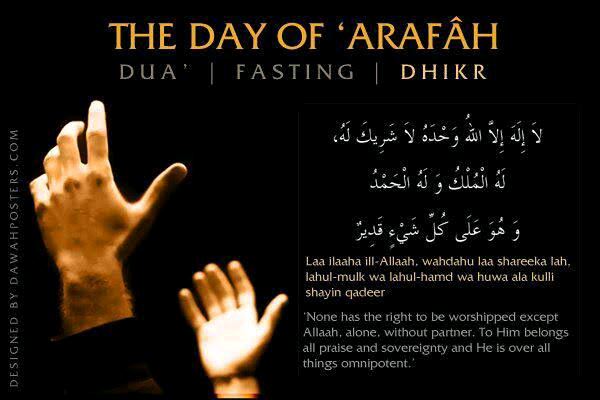 Today is the Day of Arafah, the 9th day of the Islamic Calendar month of Dhul Hijjah, which is the culminating event of the annual Islamic pilgrimage to Makkah. It is the holiest day in the Islamic calendar and it precedes the Eid-alAdha, the celebration in which Muslims slaughter sacrificial animals.

Mount Arafat holds special significance during Hajj. Walking towards Mount Arafat and standing on Arafat to pray is an essential part of Hajj; as Prophet Muhammad-Peace and Blessings Upon Him said: “Hajj is Arafat.”  This means that whoever skips the part of standing on Mount Arafat, did not perform Hajj.

This year, because of COVID-19 protocols and restrictions, just a little over one million pilgrims are performing the Hajj, about one third of the number in previous years. These pilgrims will converge on Mount Arafat and its plains after arriving from Mina in the early hours of the day and will depart from Arafat just before dusk.

It was on this day and in this month of DhulHijjah, right on the mountain of Arafat that the Prophet Muhammad-Peace and Blessings Upon Him, delivered his last sermon, in which he spoke about the importance of treating women right, equity, the five prayers, the holy month of Ramadan and equality.

On every Arafat day therefore, pilgrims listen to significant sermons about nationhood, justice and equity, while standing in supplication for divine help, offer prayers seeking forgiveness and a rebirth of their faith.

This day is also known as the Day of Repentance; so those who did not go to Hajj, or are unable to go, can spend their day fasting to repent from their sins. Muslims around the world who are not participating in the pilgrimage are expected to fast on the Arafat Day, which carries the reward of the preceeding year and the coming year for anyone whose fasting is accepted by Allah.

At dusk, pilgrims leave Arafat and head to the plains of Muzdalifah, where they spend the night. This act completes the pilgrimage, which is being performed by only one million pilgrims from around the world, in line with measures to control the spread and management of COVID-19 pandemic that has since 2020 changed human interaction.

On the heels of Arafat Day comes the 10th of Dhul Hijjah, when pilgrims move from Muzdalifah to the Plains of Jamrahto cast seven stones on the three pillars that symboliseShaitan or satan. The act indicates the pilgrims’ resolve to cast away the evil of Satan repeatedly and to neither listen to the devil nor succumb to temptations.

The Pilgrims and indeed all muslims thereafter commence three days within which they offer sacrifice by slaughtering a ram, cow or camel in the tradition of the father of all faiths-Prophet Ibrahim or Abraham, who was commanded by Allah to slaughter a ram instead of his son whom he had pledged to the creator of the universe.

Indeed, the rites of Hajj constitute a re-affirmation of the faith of Prophet Ibrahim, who is considered the “father” of all Prophets.

For those not performing Hajj, after observing a fast on Arafat Day, Muslims will throng different Eid Grounds and open fields for the special Eid prayers.
On Eid day, sermons are delivered by clerics before Muslims proceed to offer their animals in sacrifice, share the meat to the less privileged and friends; the  commence three days-long feasting.

The merriment that concludes the Hajj rites notwithstanding, Muslims and indeed, peoples of all faith,are enjoined to employ the period to pray for peace, progressive development and empathy towards all creatures, all around the globe.

These were the attributes of the Prophets of Allah that humanity must continue to exemplify and live by, for a just and sustainable world.