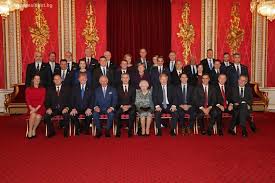 The Meeting at NATO summit in Madrid, has been a “significant action.” Reports said

“The United States is going to set up a new headquarters in Poland and are bolstering their defences across the countries of the NATO alliance that are closest to Russia,” Reports said.

“And it looks pretty certain now … that there will be 32, not 30 NATO members with Sweden and Finland joining,” he added, citing the US-led alliance’s move to formally invite the two Nordic nations to become members.