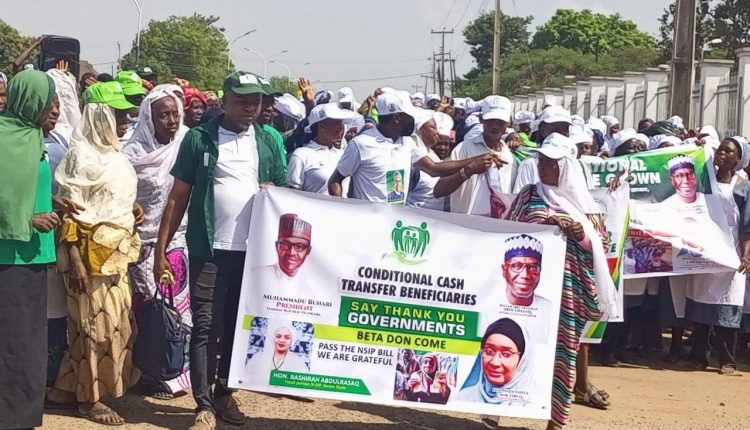 Speaking with journalists during a rally by beneficiaries of government programmes, especially, the free school feeding programme, Cash Transfer and N-Power schemes in Ilorin on Monday, the people, led by the Kwara state focal person of the National Social Investment Programme (NSIP),  Mrs Basirah Abdulrazaq, said that the programme should not be allowed to die.

The beneficiaries of the government programmes, who carried banners supporting President Muhammadu Buhari, Governor Abdulrahman Abdulrazaq of Kwara State and the Minister of Humanitarian Affairs and Disaster Management, Hajia Sadiya Umar Farouq, included beneficiaries of N-Power scheme, cooks in the school feeding programme, among others.

The people, who marched round major locations in the Ilorin metropolis, thanked the federal government and the Kwara state government for empowering Nigerian youths through the programmes.

Mrs Abdulrazaq said that the programme had enabled Nigerians to have direct impact of government programmes, urging the National Assembly to expedite action at enacting the National Social Investment Programme (NSIP) into law to make it a national policy.

According to her, enacting the law would make coming generations benefit from the programme and make it a programme that has come to stay.

She added that economic benefits of the programme cannot be over-emphasized as it has improved the socioeconomic lives of beneficiaries across the country. 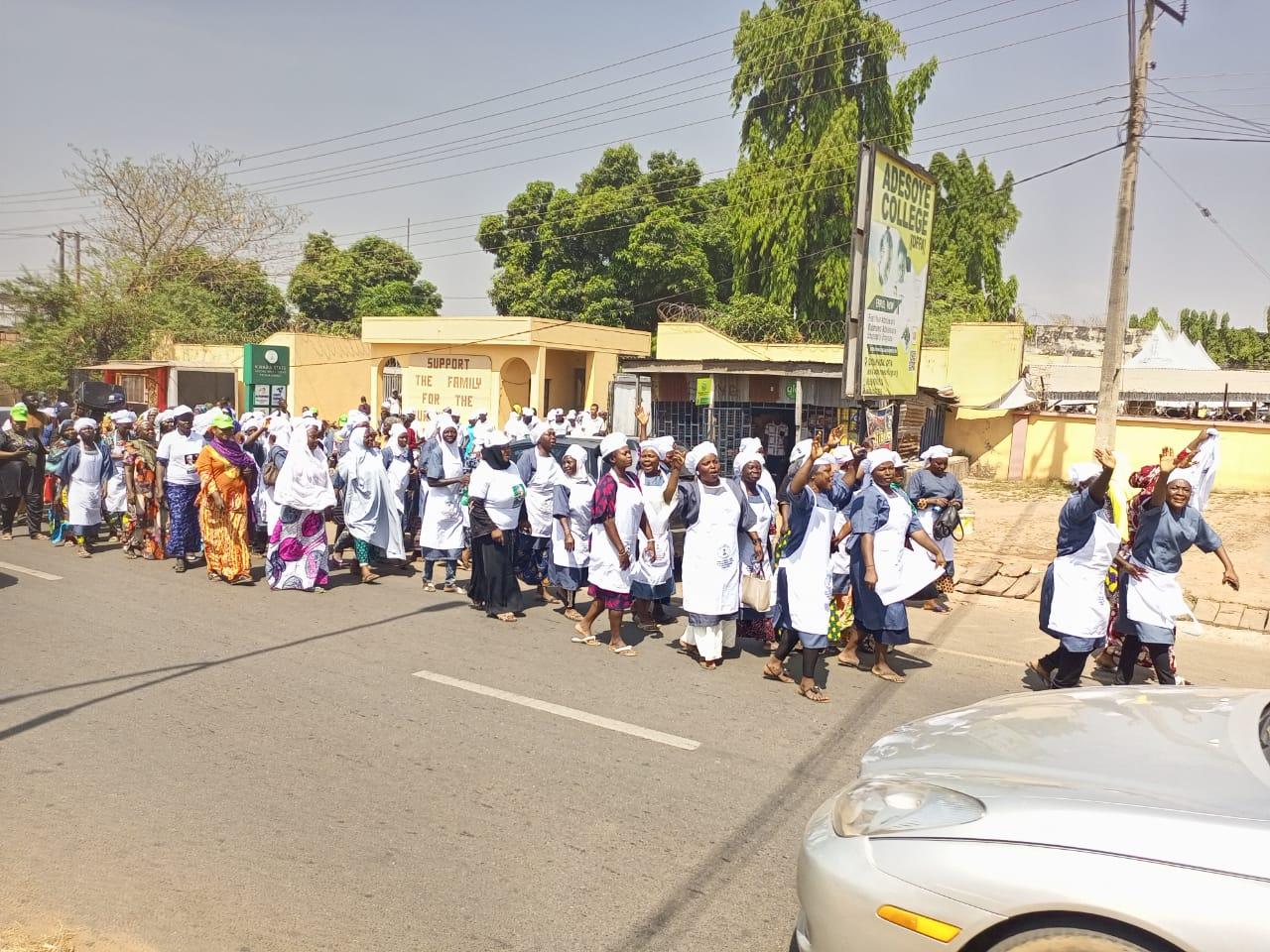 “The people who had remained unengaged are now engaged. Our school children are saying don’t stop the feeding programme because of its benefits. We pray that the APC government never ends so that the incoming administration would continue the programme.

“The APC government has made possible what previous governments in the country found difficult to realize. Home grown school feeding programme has commenced in Kwara state and our children are feeding, N-Power had been on since 2016 with over 50,000 beneficiaries, Cash Transfer scheme of monthly N5,000 disbursement are benefitting about 34,000 beneficiaries.“

According to her, all these are laudable enough for Nigerians and Kwarans in particular to show appreciation to both the federal and state governments, as well as the Minister of Humanitarian Affairs.