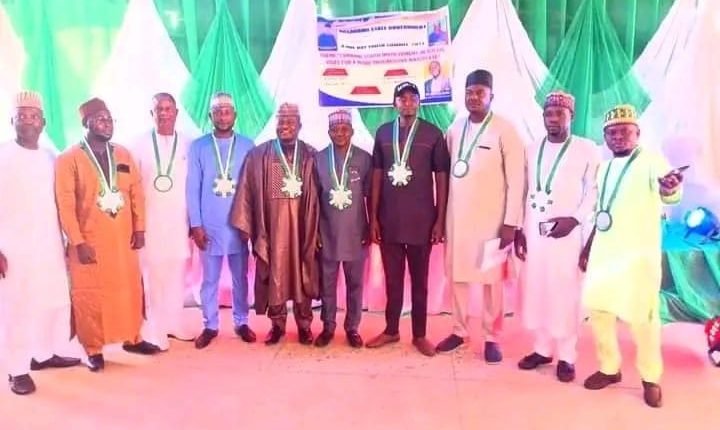 The Youths in Nasarawa State have been warned against the use of vulgar messages on social media.

The State Commissioner for Youth and Sports Development, Lucky Yargwa stated this during a one-day Youth Summit held in Lafia, the state capital.

Declaring the Summit open, the Commissioner said the Summit was aimed at brainstorming and charting the way forward for the youths.

“It also to provide positive contributions to curb social vices among young persons to make them become agents of positive change for the overall growth and development of the State and larger society.”

Yargwa acknowledged the roles of youth in the development of society but decried the alarming rate of social vices among the target audience.

He challenged them to channel their energy and wherewithal to meaningful ventures and desist from acts capable of tarnishing their image and their families.

the Commissioner assured them of the Government’s continuous support to youth-related activities for the actualization of their goals and general development of the State. 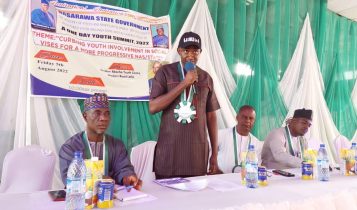 “This Summit is the brainchild of the State Ministry of Youth and Sports Development aimed at acknowledging the value of our youth and their contributions to both state and national development.

“The Governor Abdullahi Sule administration is youth-friendly, hence his consistent involvement of youth in the daily activities of his administration.

“I doubt whether there is any administration that has accorded more value and prominence to youth like the Sule Government has, and he is poised to do more for the general welfare and productivity of Youth of the State as long as his administration is concerned.

“As purpose-driven youth, we can take advantage of this benevolence of the Governor and join forces to make his administration succeed and put our beloved State on the global map.

“We have to desist from acts that are inimical to our collective goals and aspirations. We should be worthy ambassadors of our State and be worthy examples to the society.”  Yargwa noted

The Commissioner, further explained that there was an urgent need to call on youth across the country to draw a chart for national development in line with the National Youth Development Policy, stressing that a successful country is premised when its youth population is meaningfully engaged and adequately supported.

Speaking, Chairman of the event and Senior Special Assistant to Governor Abdullahi Sule on Youth Affairs, Shuaibu Sani charged the youth to efficiently use their talents, energy, and numerical advantage to recreate the kind of society they and future generations can be proud of.

Participants were drawn from various youth bodies across the State.

Some of the participants at the Summit, expressed their appreciation to the Ministry and Nasarawa State Government for initiating the event, describing it as apt and timely, noting that it would go a long way in creating socio-cultural and religious tolerance and harmony in a society that is gradually losing its humanity, equality, and destiny.

They assured them that they would put to use everything learned at the Summit and equally impact the knowledge to their peers for a better society.

The Theme of the Summit is “Curbing Youth Involvement In Social Vices For A More Progressive Nasarawa State.“