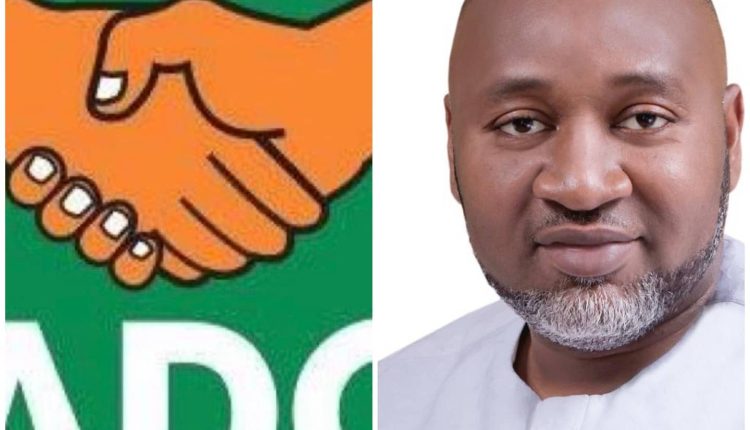 The Presidential candidate of the African Democratic Congress, ADC, Mr. Dumebi Kachikwu, has said that Nigeria must be made to work for all Nigerians so that all can share in the destiny and prosperity of the country.

He spoke when thousands of ADC supporters trooped out to welcome him to Sokoto State on Thursday.

Kachikwu and top leaders of the ADC were in Sokoto to commission the party’s new State Secretariat and equally receive hundreds of decampees from the All Progressives Congress (APC) to the ADC.

Kachikwu and the top leaders of the ADC were in Sokoto to commission the party’s new State Secretariat. Equally, they received decampees from the All Progressives Congress, APC, to the ADC.

At the event, the party’s national leadership received into the ADC 120 APC members who defected from the APC.

In his brief remarks, Kachikwu told the new members that ADC was a party that believed in one indivisible Nigeria, shared prosperity for all Nigerians, the rule of law, and above all, love as the foundation that ties all Nigerians together.

He said the new secretariat would be a beacon of hope to the people of Sokoto and promised that the ADC would not fail them.

Kachikwu told the supporters to embrace ADC as a party for all Nigerians, even as he promised that all members would be given a sense of belonging.

This is your party and our party; embrace it. This is the party for the new Nigeria we all desire.

“ADC is out to provide better and visionary leadership that would lead to shared prosperity for all Nigerians,” he said.